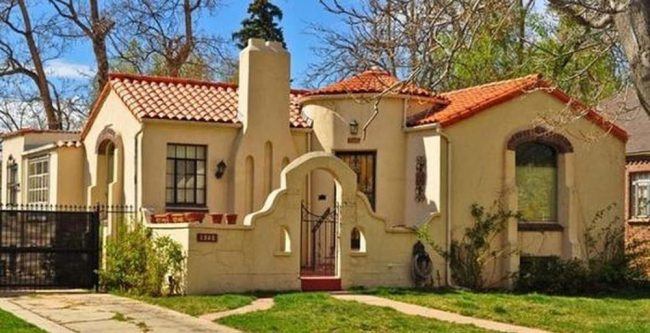 The mission-style homes come with sharp lines and unprecedented beauty. You may also find these homes under the name of craftsman or arts and crafts homes – sometimes used interchangeably, all of these three styles have the same principles. The styles have been revived several times throughout history, so some of them might have more modern touches. Here are the most beautiful mission-style houses! 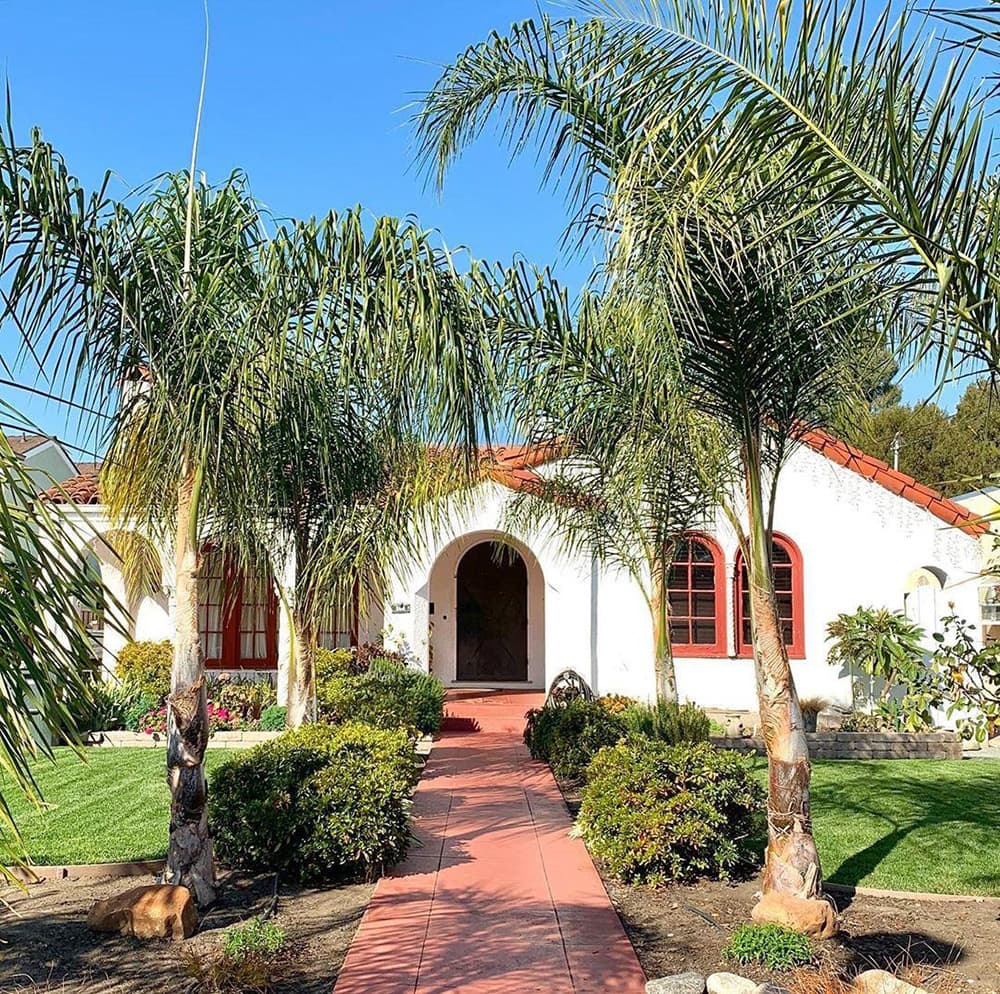 This owner decided to improve the relatively simplistic look of their home with a few palm trees. This does not only highlight the pathway but makes the home seem more appealing, with greater charm. It further curbs the sharpness of the geometrical home. 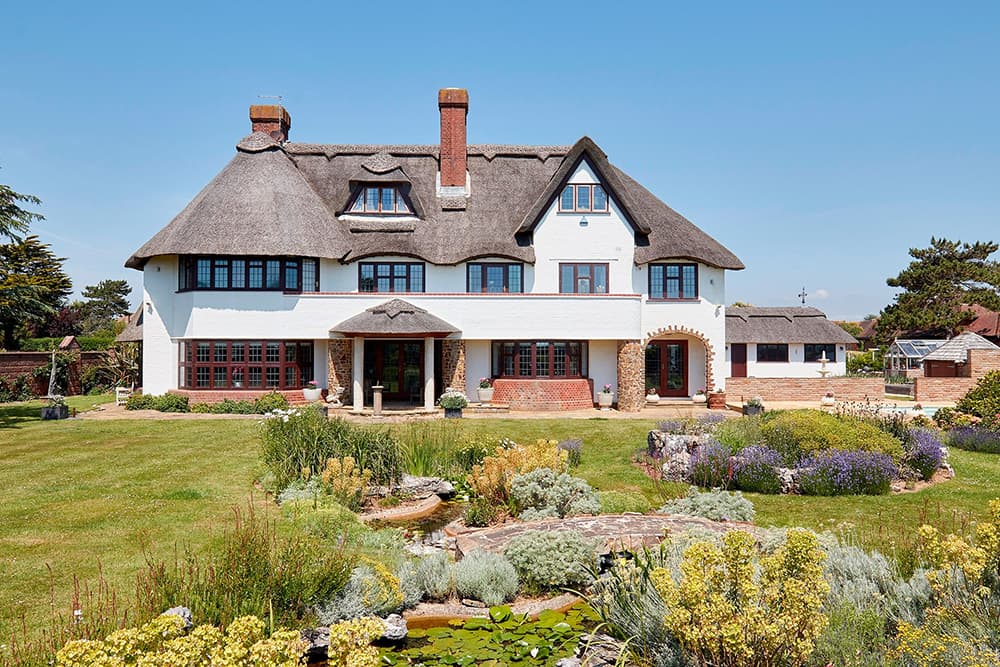 Although most mission-style houses come in sun-baked exteriors, this is an example of a white home. This particular example boasts vivid greenery and flowers, while the covered entrance boasts two simple but beautiful columns. If you want to design the perfect home for a quick country trip, this should be right at the top of your shortlist! 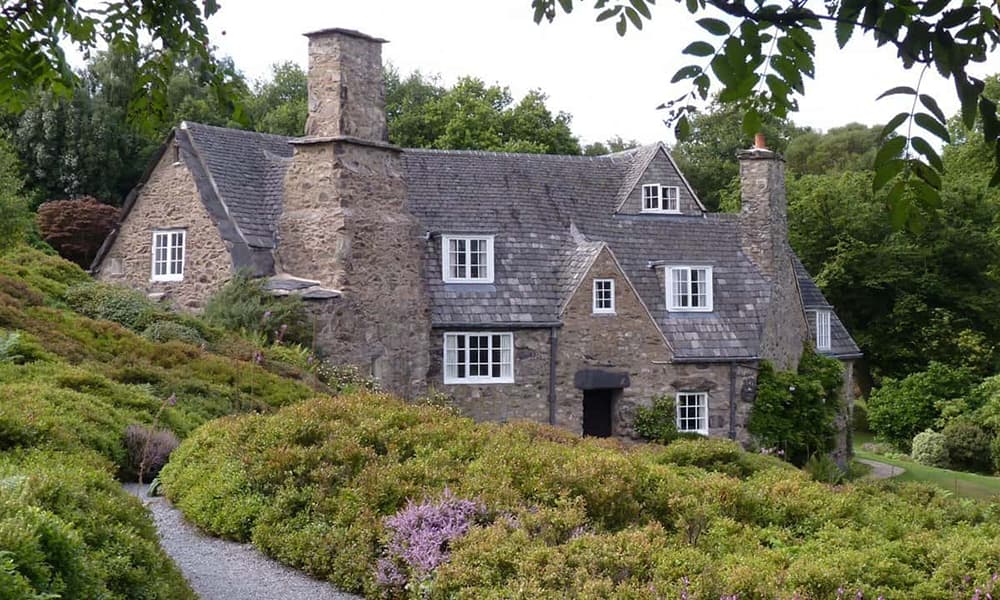 This home is currently open for the public, and it was created by Ernest Gimson nearly 121 years ago. As the name suggests, Stoneywell was made of stone, and it used to be a family home. Most of the entire home today still reflects the original masterpiece. All elements, both for the interior and exterior, were hand-made. 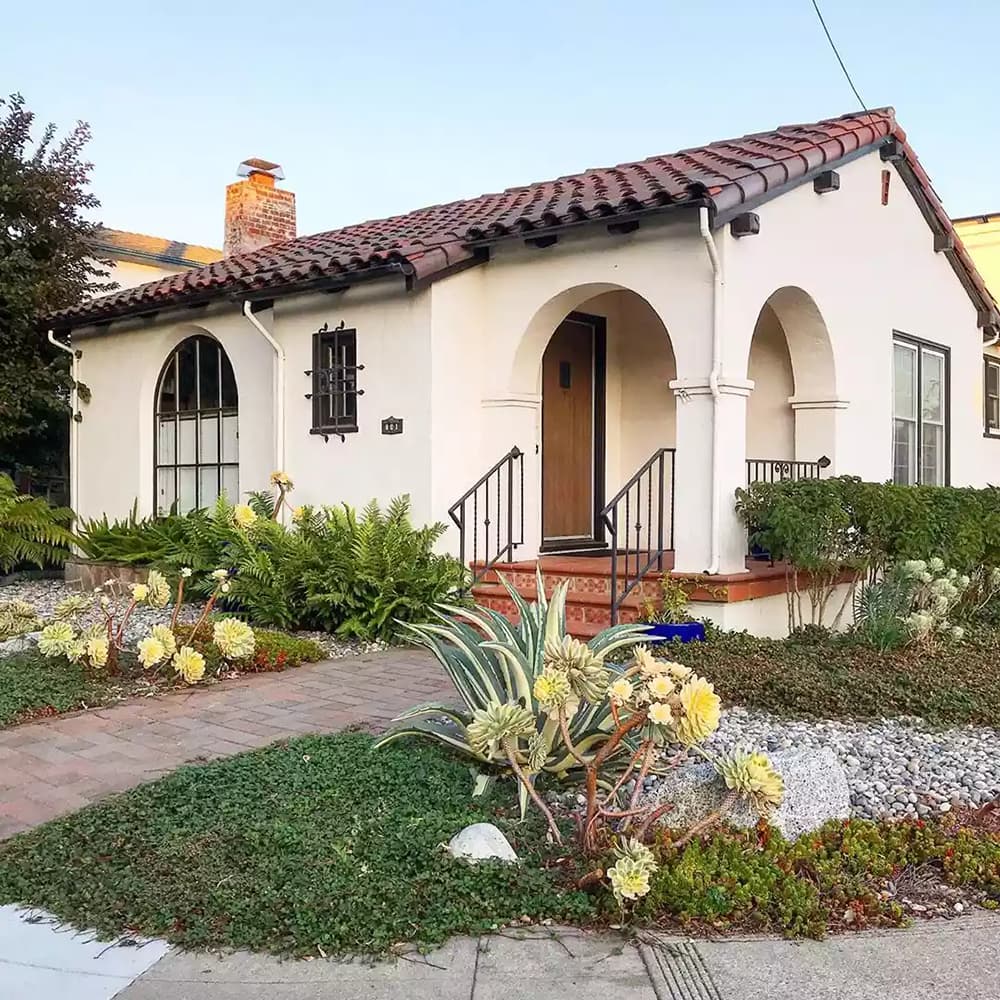 With a significant southwestern vibe, this small dwelling is beautiful and welcoming. The arched entrance is a common staple of the mission-style house, while the large windows offer plenty of natural light. The square pillars are more modern touches to this style, along with the iron elements. 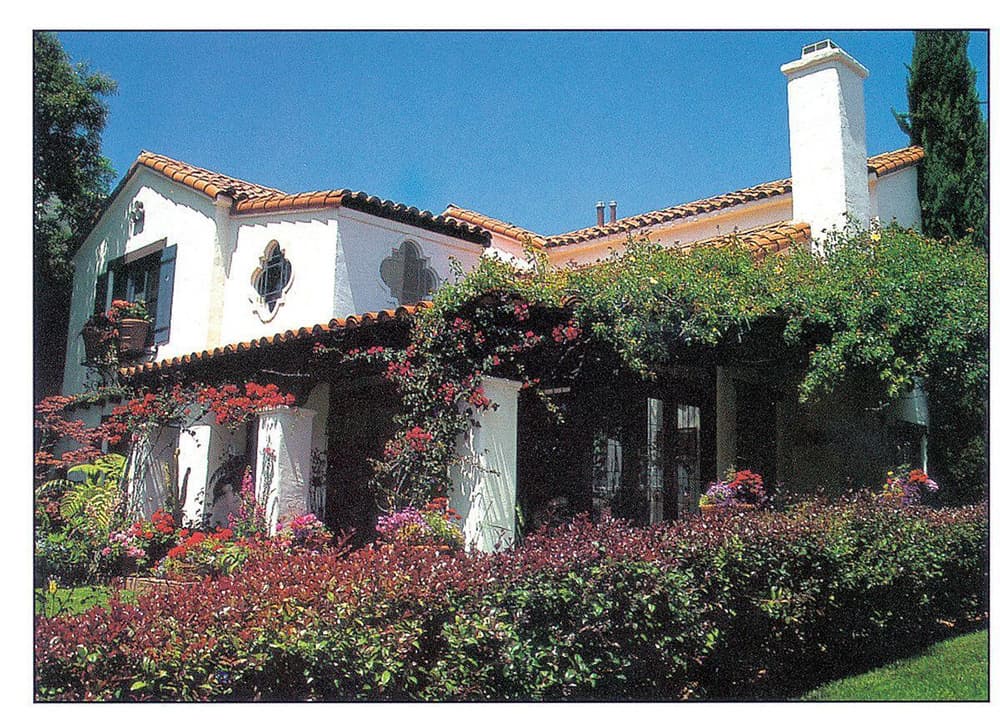 This is an example of the mission-revival style which emerged in the late 19th century. These types of dwellings are quite common in the Southwest. Some of the notable characteristics of this home include the square pillars, a geometric style, and plenty of nature. In fact, all mission-style homes often come with rich greenery. 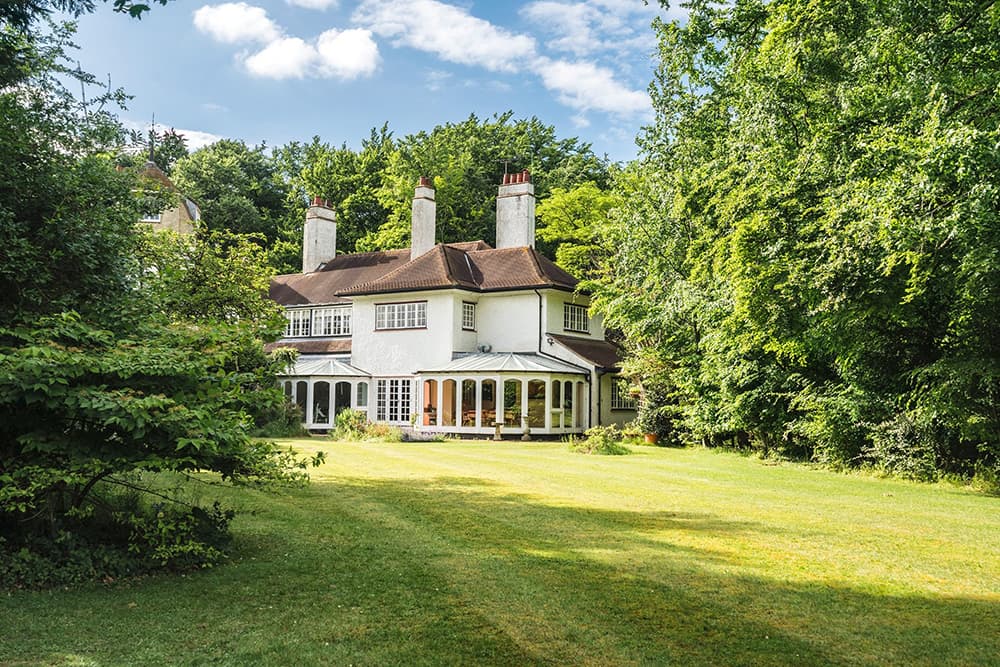 This beautiful mission style home has a few extra touches – such as the circular shape. It is located in the heart of the nature, surrounded by beautiful, vivid bushes and trees. Numerous windows make use of the natural light, providing the interiors with brightness and the feeling of more space. 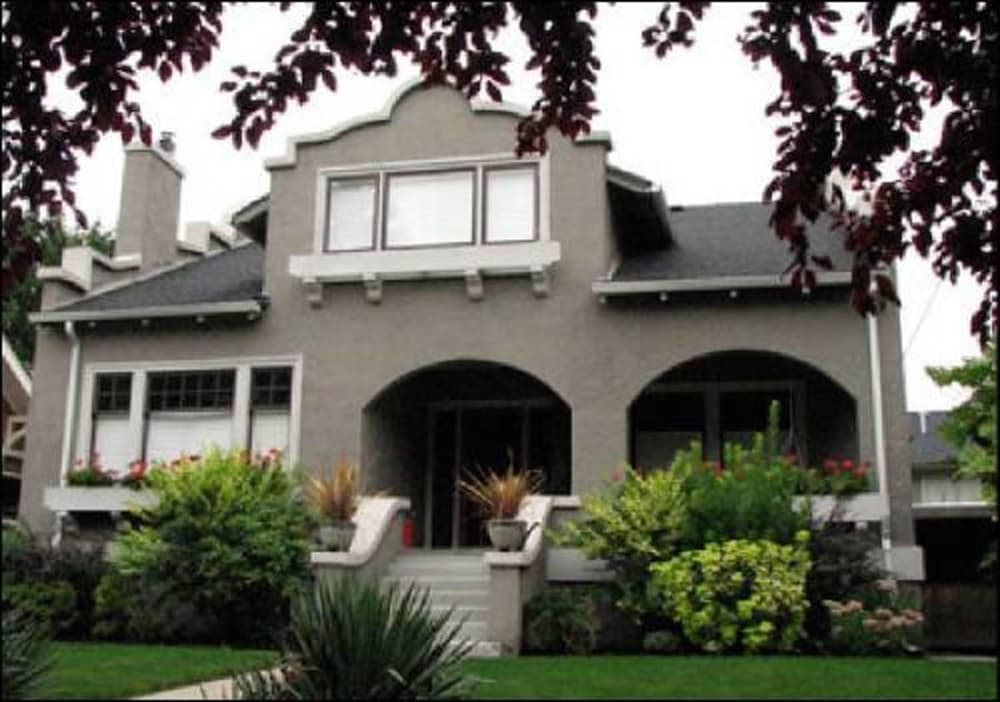 Mission style is usually found in the desert areas, so it is not uncommon to find some relatively unique colors. Grey, terracotta, amber, or even green are some of the most popular choices, while the inside decorations often came in turquoise, crimson, or dark blue. These elements work together to create a welcoming feeling with vivid touches that contrast with the cold exterior colors. 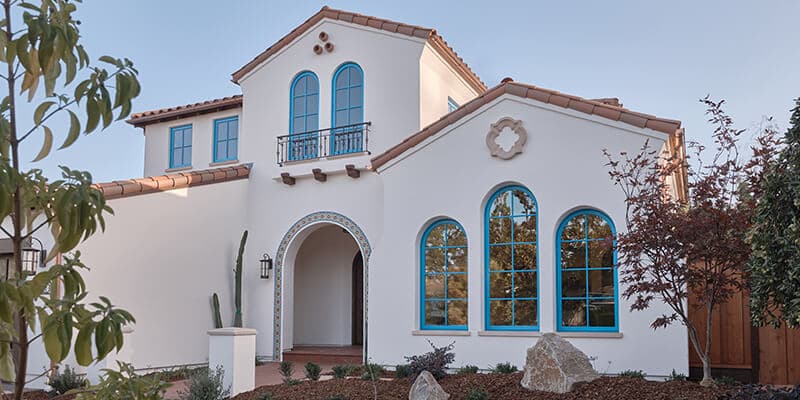 This is another home with several influences. For instance, the blue windows are highly articulated, being known as a Pueblo influence. This home is rather known as the Spanish Mission architectural style as it stems from the Spanish chapels back to the 18th-19th centuries. Overall, this variation of the Mission design concept focuses on simple, practical elements. It still retains the arched entryway and a few other elements common to this design style. 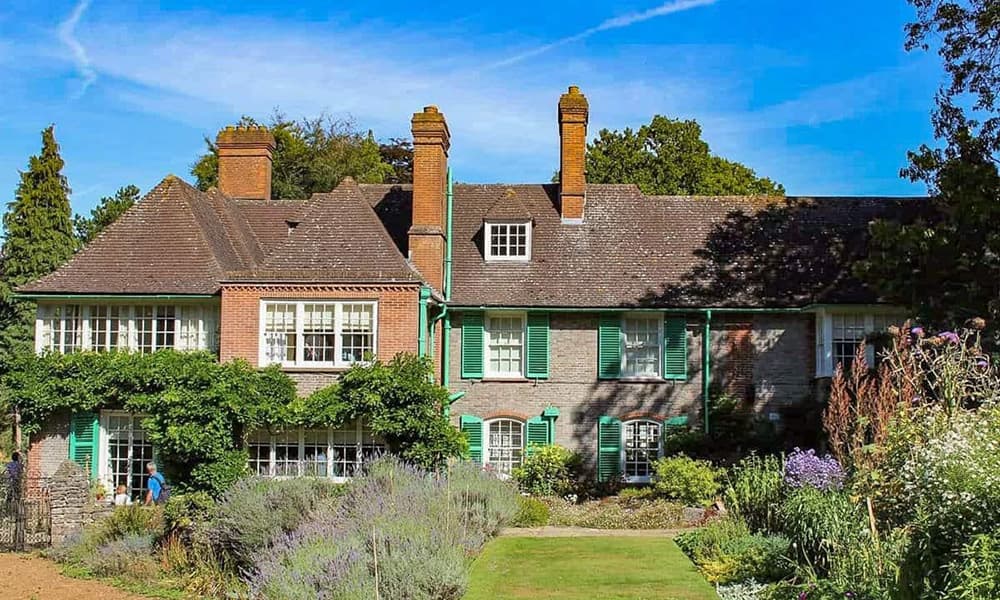 This home was created in 1914 and is now owned by the National Trust. The interior still looks just like it used to more than a century ago. The home was inhabited by Lord Nuffield and Elizabeth Anstey, his wife. If you want to have an insight into the daily life in the early 20th century, you can still visit this home as it retains most of their personal belongings.


Lord Nuffield is known as the creator of the Morris motorcar, and he was a beloved British philanthropist who donated large chunks of his wealth. Nowadays, the home is well-kept, including its generous, beautiful garden. 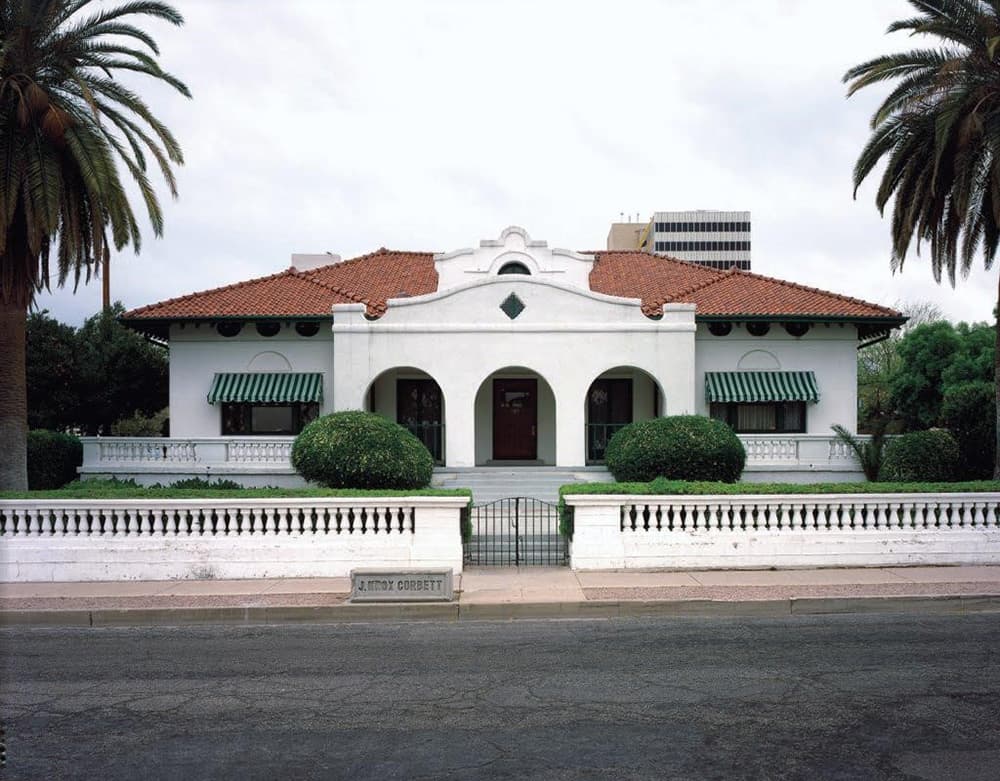 As previously discussed above, this is another example of the Spanish Mission Revival in the early 1900s. Although it might seem inappropriate, this home style actually borrowed many elements from churches, including the tiled roof, the dormer, and, sometimes, even the church bell tower was to be found on a Mission style house. This is where many started to suggest that the mission-style may also be known as the craftsman style in the West. 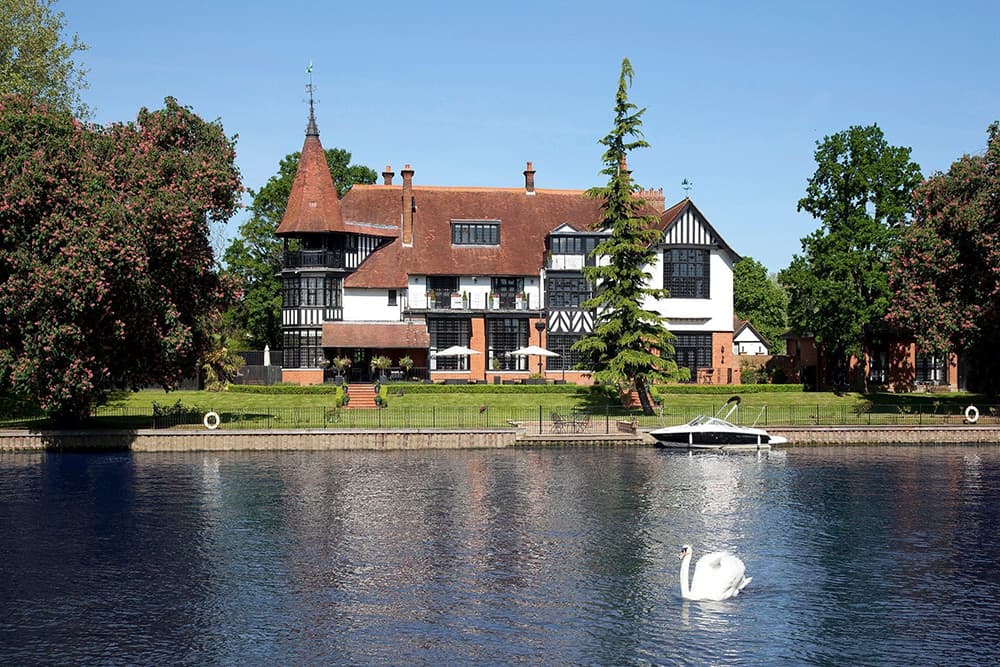 A breath-taking home with a historic vibe, this building comes with nine bedrooms and an impressive garden. These generous proportions combine some classical elements of the style with modern retouches. If you love fishing or you find water relaxing, this is exactly what you need! 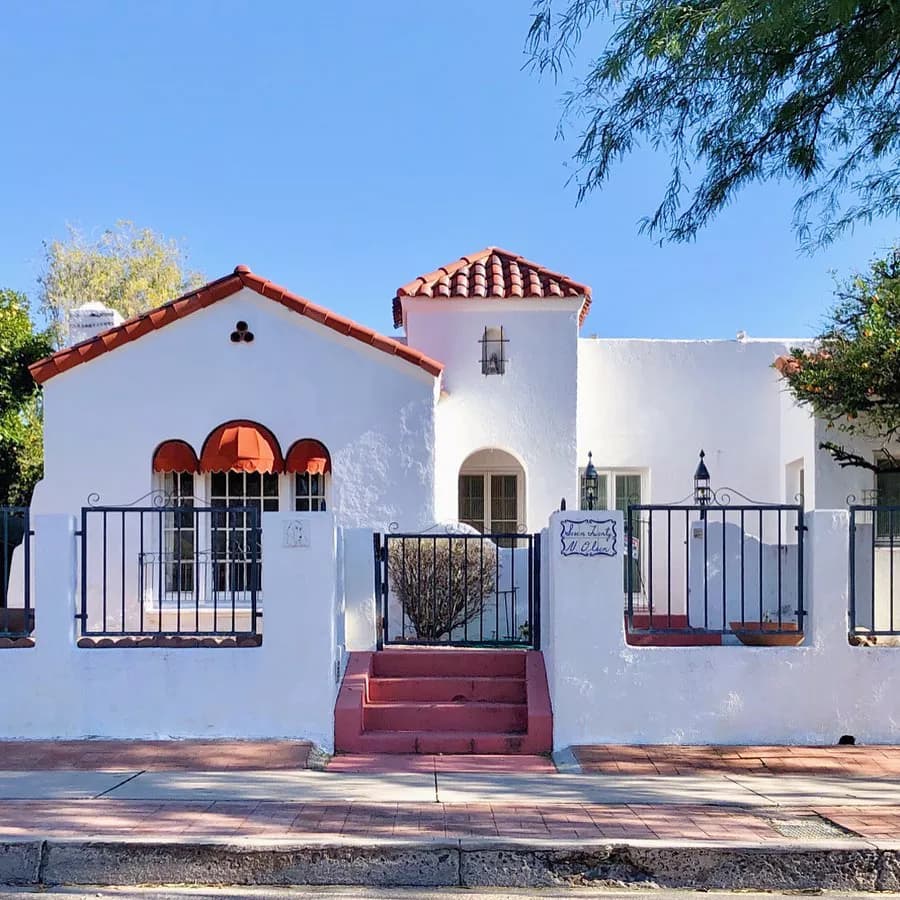 With the traditional arches and roofing, this beautiful home is all white and attractive. Many mission style houses have the same entryway and windows, smooth exterior, a gabled roof, and other same elements as we’ve discussed above. This is a beautiful example of simplicity combined with elegance. 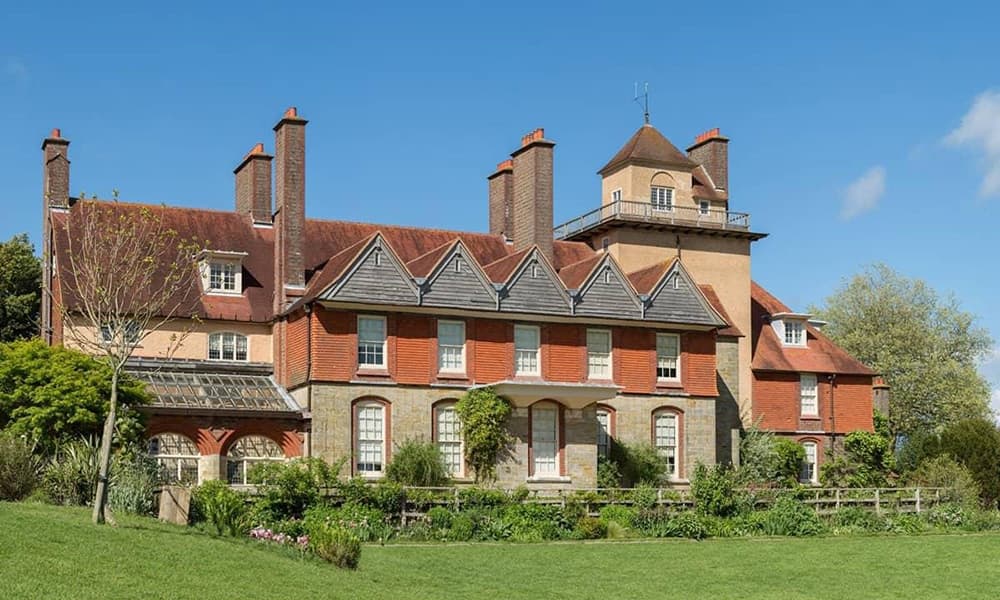 This is an estate in its own right – designed at the end of the 19th style, it used to be the home of a wealthy British man and his family. The building borrows medieval touches, and it was created with locally available materials. This is another home that is currently owned by the National Trust. 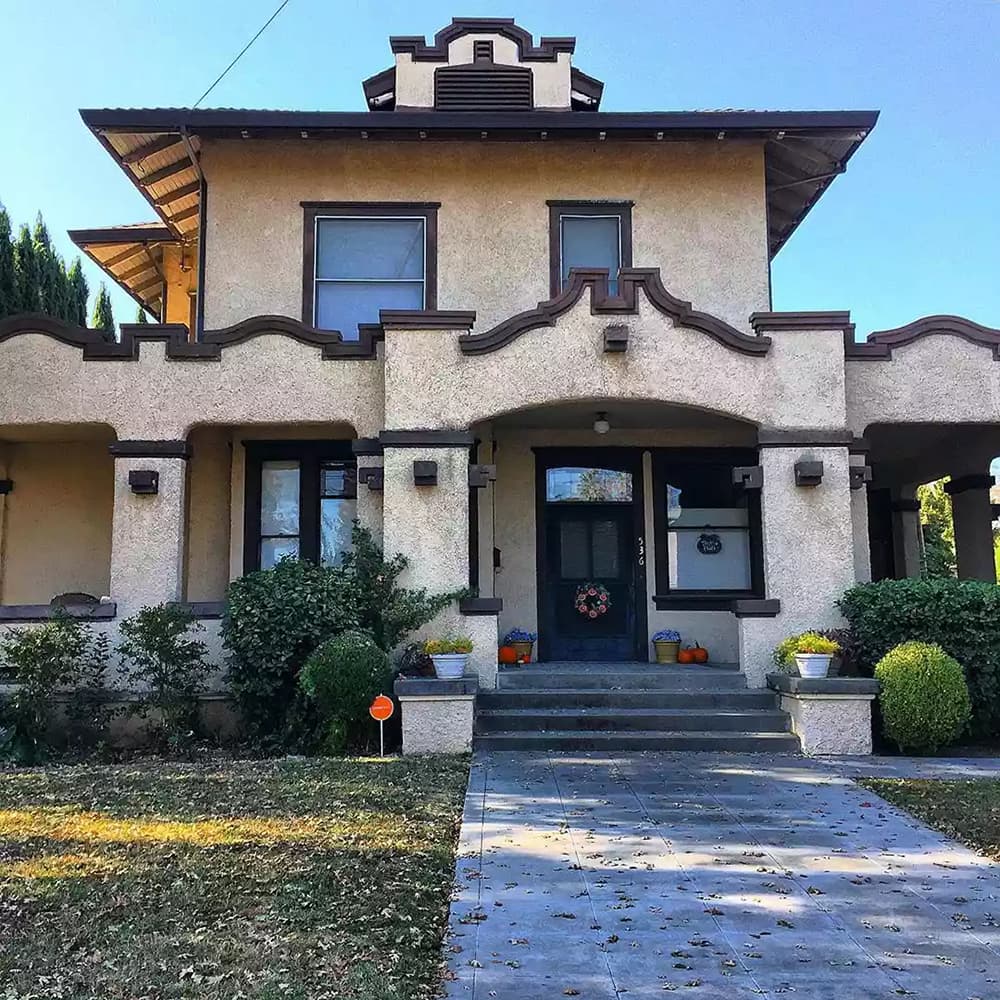 This home used to be a Victorian-style dwelling, but it was renovated to suit the mission-style exterior. It comes with a spacious porch, regular common square pillars and a slightly arched entryway. Similar to the mission-style concept, the home looks cozy and private. 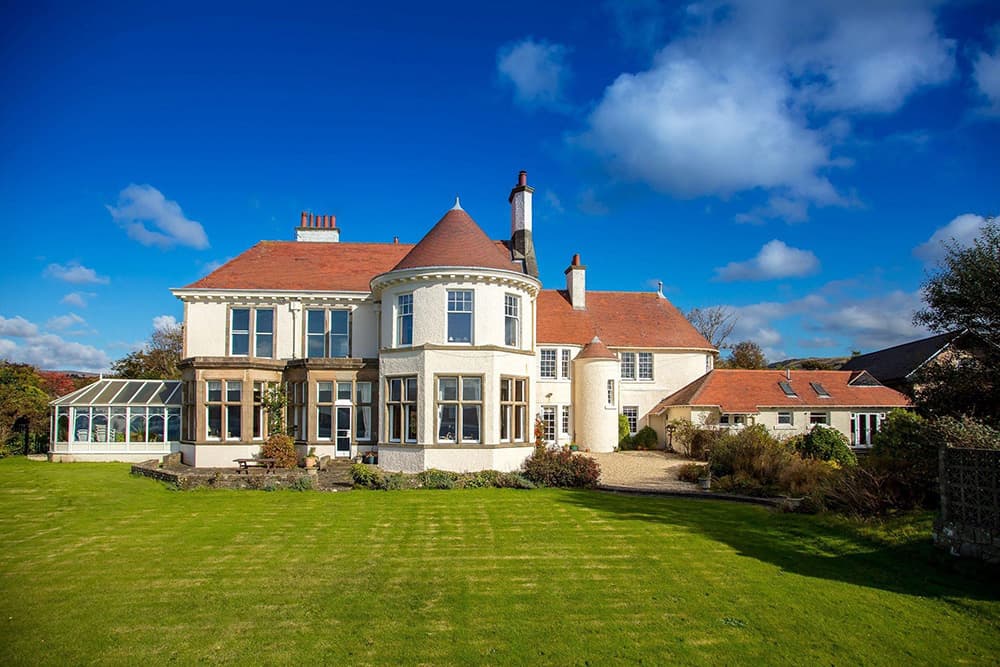 This amazing property boasts elegance, finesse and seems like the perfect intimate home for a large family. Although the date is not certain, it was also built in the 20th century, but its appearance is nearly the same as when it was initially erected.