The “backrooms” refers to an internet phenomenon that originated on an anonymous image board. It’s a vaguely familiar place that evokes a mix of unsettling feelings. If you’ve ever had strange dreams where you feel as if you’re trapped in an empty room or endless hallways, it’s probably the closest thing you can experience to the backrooms. This oddly nostalgic realm gives a potent uncanny valley vibe. Aside from the monotonous nature and creepy familiarity of the place, the backrooms also appear to be haunted.

Despite appearing to be alone, lost through never-ending rooms, the real horror is the strange sensation that you’re being watched. This is an important aspect that makes the backrooms truly terrifying and intriguing. Although vivid dreams can provide a solid basis for channeling the haunting spirit of the backrooms, some people also experienced the cursed feeling of the place in real life.


Whenever you stumble upon an odd room or empty area by accident, it’s possible to trigger the characteristic hollow existential horror of the backrooms. Perhaps you’ve gone to the wrong elevator floor or gotten lost during a school excursion. Maybe you’ve ended up in a room you were not supposed to be in. Others experience the fearful nostalgia of the backrooms in specific places such as nursing homes or construction job sites.

If you’re familiar with liminal spaces, it’s safe to say that the backrooms can evoke similar feelings. It’s that same vibe of being somewhere outside of space and time. There’s a greater focus on nostalgic elements such as old carpets and fluorescent lights. Although you feel hopelessly lost walking through endless corridors, there’s a distinctive feeling of not being alone as if unknown entities somehow inhabit the place.


Check out the backrooms that give off an intense feeling of becoming glitched out of reality. Words are simply insufficient to describe the horrific emotional experience of these haunted rooms, hallways, and bizarre spaces. 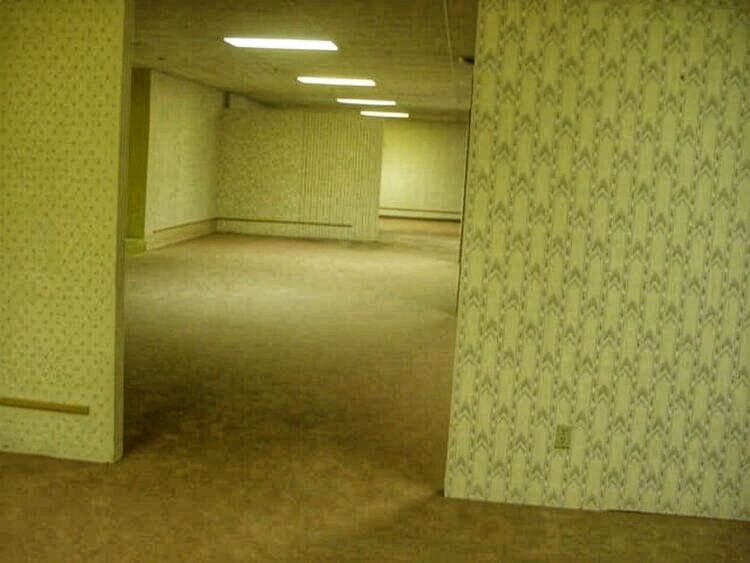 First appearing on 4chan, this is pretty much the best example of a backroom because it encapsulates all the potent elements that define the concept. It evokes the feeling of an absurd office-like realm complete with eerie features such as loud buzzing lights and yellow-tinged walls. The layout of the place appears familiar yet uncanny at the same time because of the disquieting vibe of endlessness. 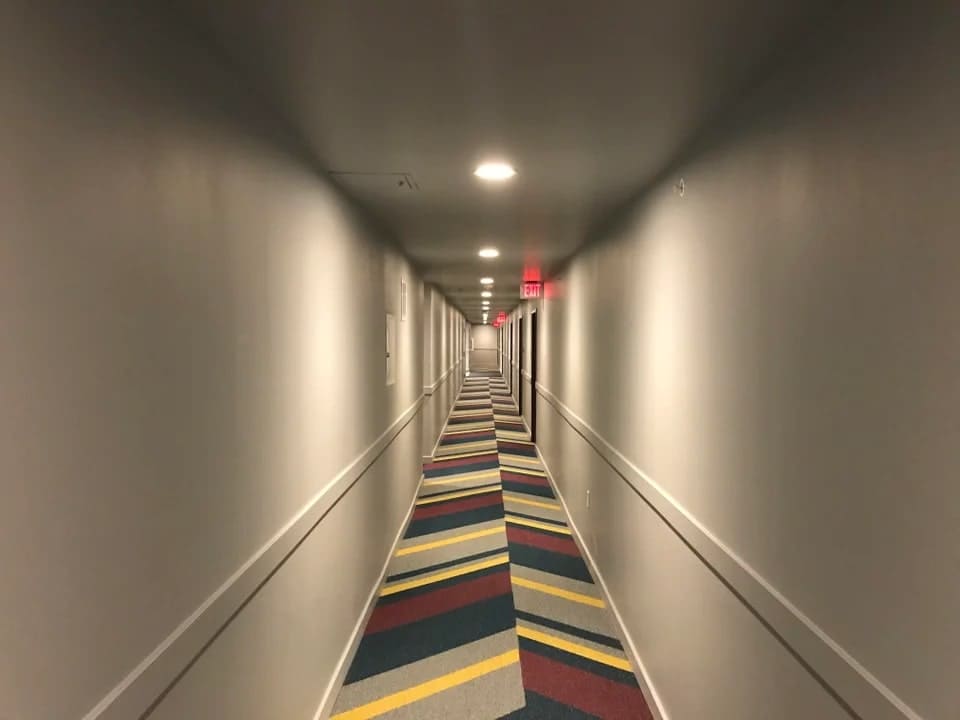 This apartment building captures the essence of the backrooms quite effectively. It features a long and narrow hallway, a liminal space with various “abnormalities”. The exit signs provide a sense of false hope that you will ever be able to find an escape from this cursed place. The off-center pattern on the carpet contributes to the overall hypnotizing strangeness. 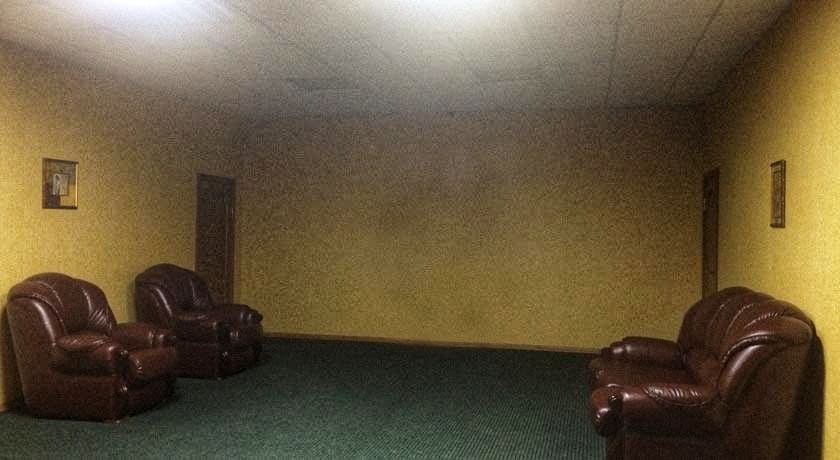 True backrooms are typically completely empty, but occasionally some places can feature isolated furniture that only helps to emphasize the lifelessness of the space. In this example, the couch and chairs create a feeling of being disconnected from reality. The odd arrangement without any other accessories or a clear purpose makes this place seem furnished by some otherworldly entity. The stale and oppressive air of the backroom can almost be felt just by looking at this picture. 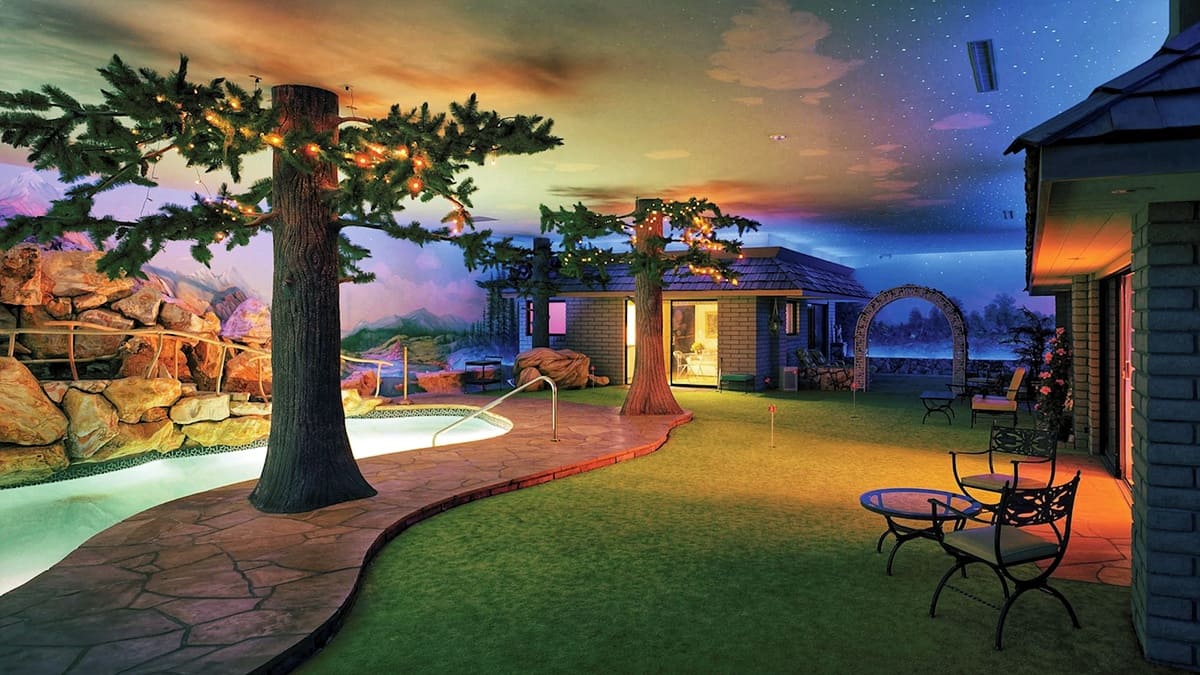 Underground places have great potential when it comes to evoking that specific haunting vibe of the backrooms. This old bunker is an excellent example because of its uncanny valley appearance. It seems like you’re outside at a first glance, but then you realize something is horribly wrong as if you’re trapped in some sort of simulated reality. The abandoned look of the area contributes to the unsettling horror while there’s a strange sense of familiarity like you’ve already visited this place in a dream.

Ever had a dream that feels incredibly realistic only to randomly discover an element of wrongness that suddenly shatters the illusion? A harmless dream can quickly turn into a revolting nightmare when you experience the unnerving sensation of a glitch. The dreamworld reality generated by your brain is prone to errors that are normally not noticed. It’s when you become consciously aware of the failure in the simulation that things become truly creepy. This empty classroom featuring an oddly-placed door perfectly evokes the unsettling nature of the backrooms. 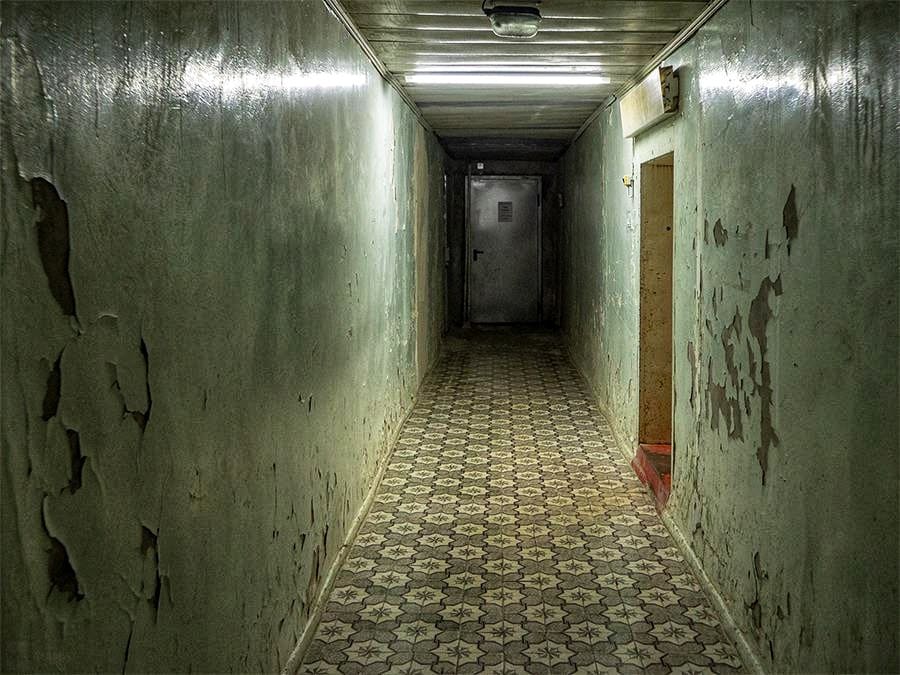 There’s something about old abandoned buildings that causes the fear center of the brain to become very active. The feeling of dread experienced when you’re wandering aimlessly through the rooms of an abandoned mental asylum has been popularized by many horror films or other media. The backrooms phenomenon takes this classic concept to a new level by imagining that you’re trapped in an endless maze that keeps you constantly tormented about what you’ll find in the next turn. 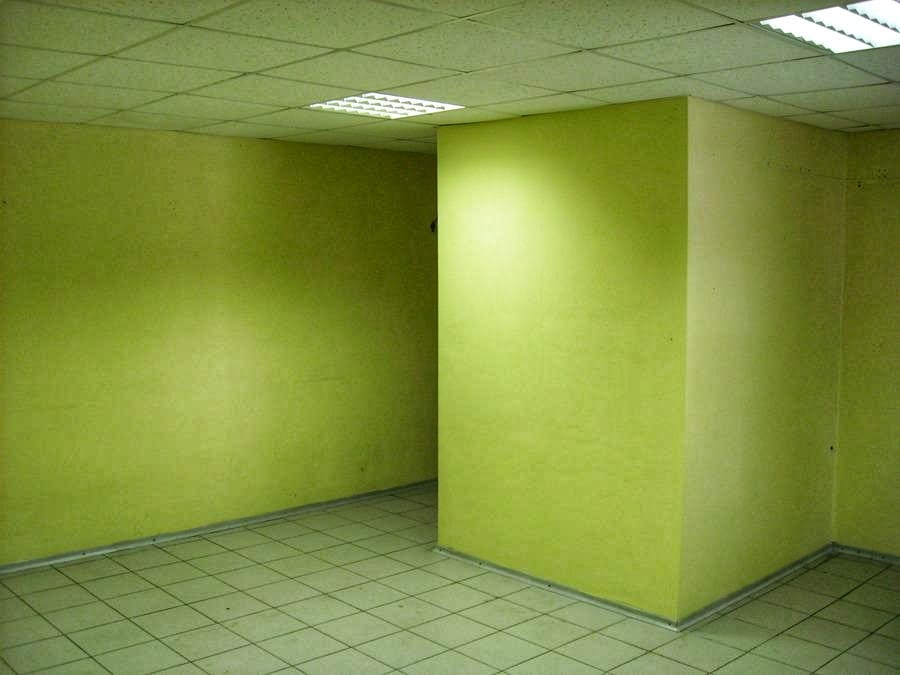 The most haunting backrooms are the ones looking the most monotonous. The feeling of sameness represents a defining element of the unnerving nature of these spaces. Featureless rooms and walls cause intense mental anguish because you feel trapped. No matter how hard you try, there’s no exit in sight as every room and hallway looks exactly the same. Fluorescent lights, yellow lights, and square tiles produce enough of a nostalgic effect to make you question whether you’re still in your own reality or lost in another dimension. 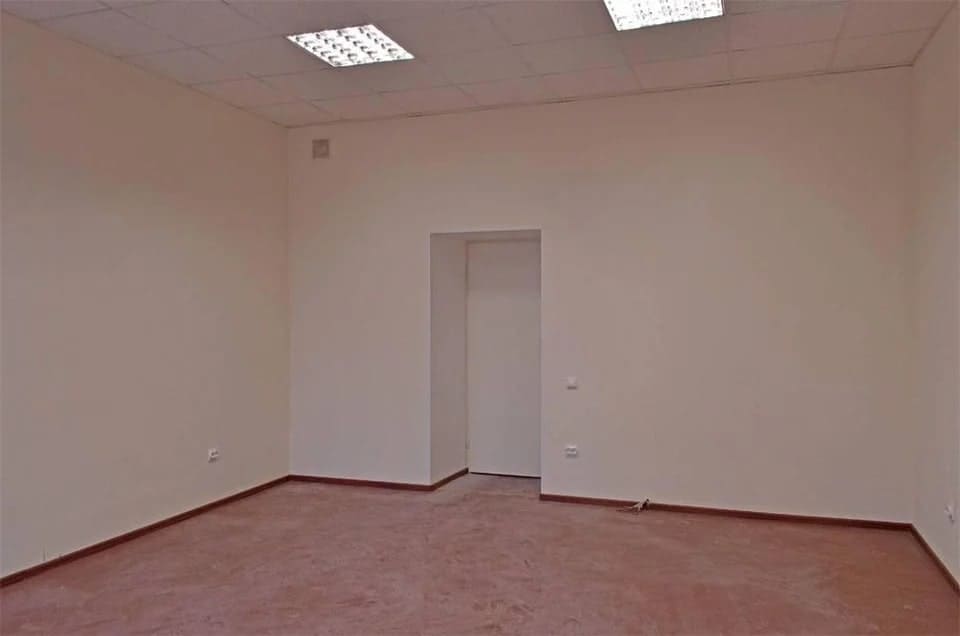 Here’s another great example of a haunting backroom. Finding the exit is an important aspect of many nightmares that evoke the feeling of backrooms. Instead of never finding any exit, this room is even more terrifying because it appears to give you hope to get out of endless hallways and monotonous rooms. What looks like a door is simply a cutout in the wall shaped like an exit. It’s in fact a dead end that only intensifies the feeling of dread knowing you’re forever trapped in a different dimension. 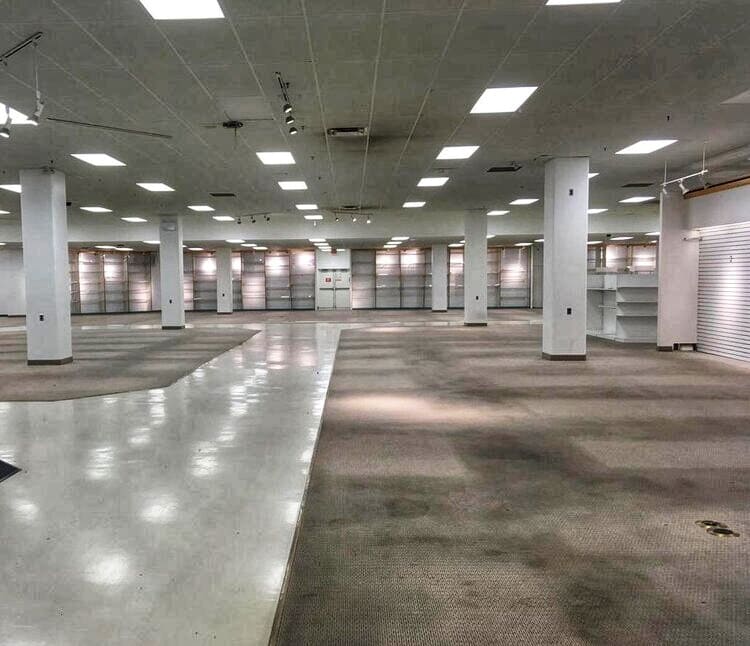 A simple way to experience the authentic vibe of a backroom without a fantastical dream is to visit an empty commercial space. The best time is when a mall is still in development and you get to see the unfinished place without any shops, just eerie lights and minimalistic architectural features. It’s a rare opportunity to be able to experience the unsettling appearance of the backrooms in real life. 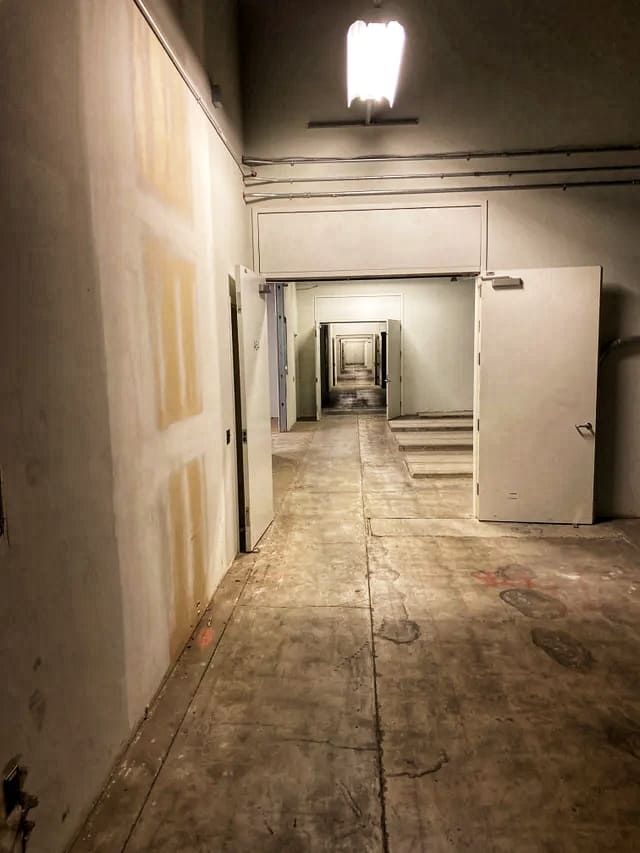 Recursion is a common theme of the backrooms. It’s based on the idea of reality glitching and causing endless repetition. In this example, the recursion of doors emphasizes the feeling of navigating the backrooms. When seen from the right perspective, the doors seem to blend together in an optical illusion while going nowhere. It’s a similar effect to multiple mirrors facing each other and seemingly creating a new dimension of intangible space.