Everyone knows what rabbits eat — right? Carrots, right? Didn’t we all learn from our childhood comics that Popeye loves spinach and Bugs Bunny munches carrots with his two buck teeth? Well, don’t let those cutesy, cuddly balls of fur fool you, especially if you’ve got a few as pets. You’ll discover the true meaning of the phrase “to breed like a rabbit” — but even more painfully, you’ll learn what it means to eat like a rabbit.

Your common or garden rabbit can literally be a pig once it starts eating. It’s estimated that 40 of them could eat as much green matter as a cow, while about 7 could outdo a sheep. They come factory-equipped with upper and lower incisors and can make short work of an entire area of new growth while you sleep. Those clean cuts were not made by shears.

They love food so much that — are you ready for this? — they even eat their own poop, to digest it a second time. Oh, in the spirit of myth-busting, they do not eat root vegetables like carrots. In facts, carrots are high in sugar and should be given rarely and in small quantities.

So you want a great garden and you want your rabbits and you want everyone to live together in peace. Well, you obviously need to know what to plant that will look and smell great to you but will make rabbits run for cover. Fortunately, there are well over 150 flowers, plants and shrubs that rabbits don’t much care for so planting these might be a good strategy. Here’s a starter list of 10 great plants that rabbits will keep away from.

Do remember though — nothing is 100% rabbit proof and you can but do your best. A really hungry rabbit will just go for whatever’s handy. 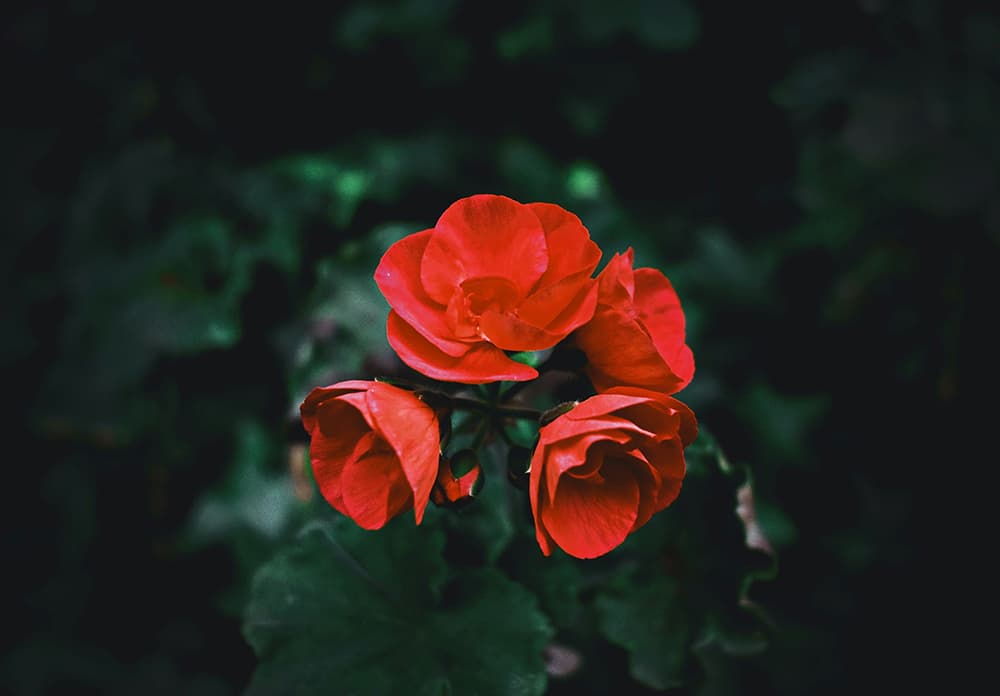 There are hundreds of kinds of geraniums, and they blossom in a myriad of colors. Many with their own distinct fragrances such as almond, apple, nutmegs and peppermint. But the heavenly scent that makes you swoon is totally pungent to Bugs Bunny.


Keep in mind, though, that there are two plants both called geraniums. True geraniums, also called cranesbills, spread on the ground while the other kind, known as Pelargoniums, grow higher. Both have fragrant, pungent and leathery leaves, which rabbits tend to avoid. But a really hungry rabbit might readily have a go at the cranesbill. 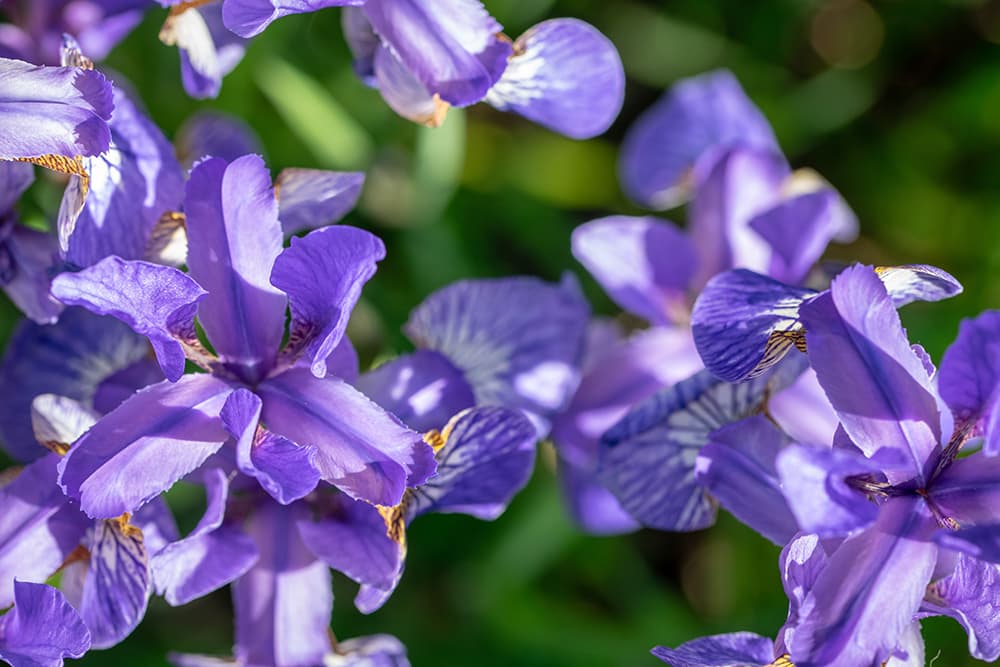 No, they’re not found in Siberia, so it’s a bit of a mystery why they’d be called Siberian Iris (Iris sibirica). They’re actually native to a stretch of land that runs from northern Italy into Turkey and southeastern Russia. Bring them into your garden and you’ll have a sturdy, eye-catching plant with blade-like leaves and gorgeous flowers in magentas, whites, blues and lilacs. A bewitching variety has ivory petals with mango-yellow tails.

Every variety will exude a most agreeably sweet fragrance that will not only fill your garden but also send the rabbits scurrying. Rabbits, alas, just don’t care for that perfume. 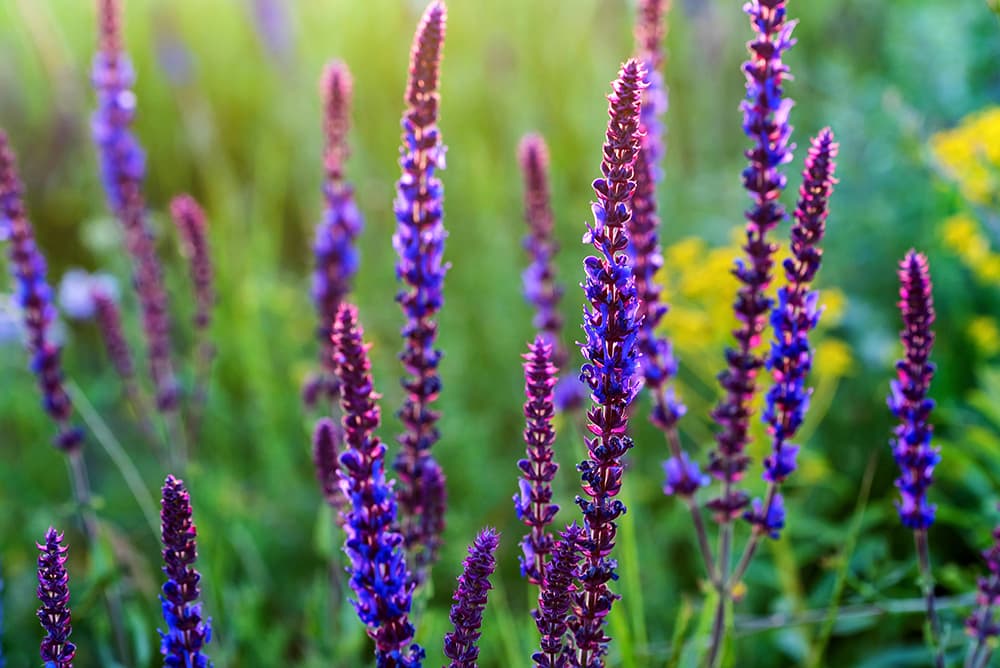 Perennial salvia (Salvia spp.) is a cheerful, easily loved, drought resistant plant in the mint family that doesn’t mind if it’s hot and dry or chilly and cold. Although there are dozens of varieties, most of them have a slightly minty fragrance which you will just love — but rabbits, not so much. Depending on the specific variety you have planted, you’ll reap a harvest of glorious flowers in colors of lavender, red, purple, blue, pink, orange or cream.


That means that even though Mr Rabbit might look a little glum, your garden will be a heaven for hummingbirds and butterflies. 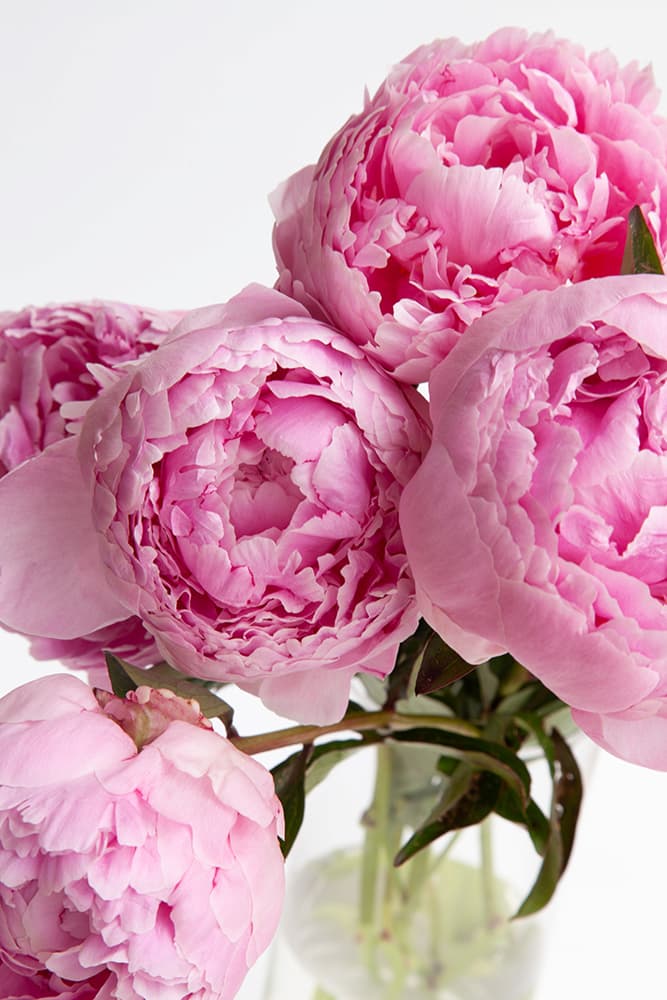 It’s hard not to fall in love with the peony (Paeonia lactiflora) with its marshmallow-like flowers and soft satin leaves  — unless you happen to be a rabbit. Rabbits happily give wide berth to peonies, whether it’s their leaves, roots, shoots or flowers.

There’s a small caveat, though — tree peonies (Paeonia suffruticosa), which are very different from herbaceous varieties like the English or the Itoh, are magnets for rabbits. So choose carefully.

Wondering how to tell tree peonies apart from the rest? Watch them in winter. If they leave a woody stump sticking out of the ground when they die, they’re tree peonies. 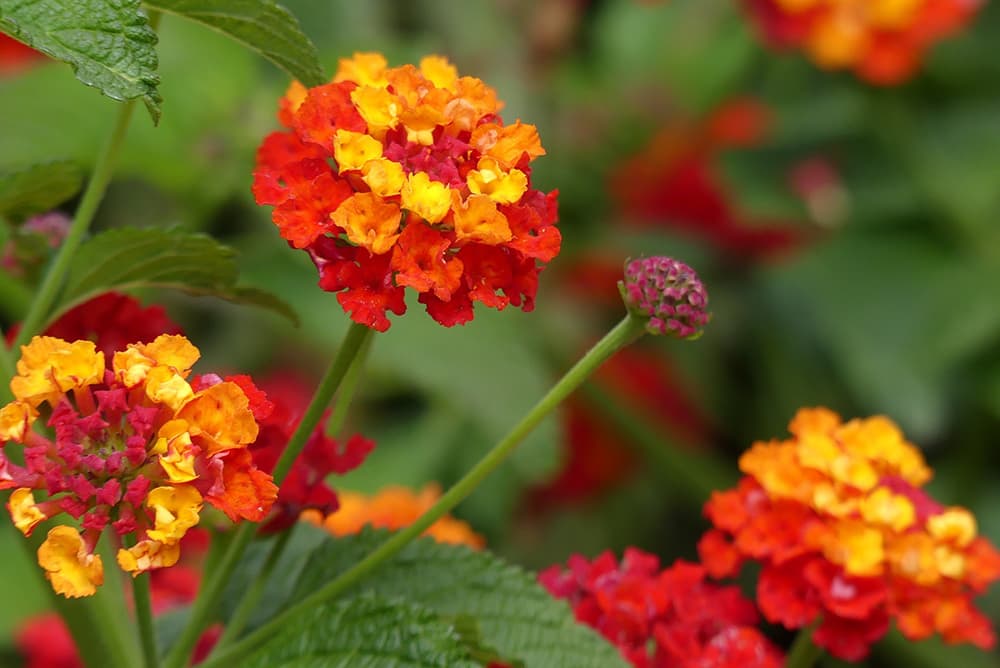 The reviews are in and they’re mixed as far as lantana goes. Some gardeners claim that their bunnies adore nibbling on this plant’s tantalizingly fragrant flowers, which look like clusters of joyous orange, yellow, red, purple or white confetti. Others maintain that rabbits stay away for the same reason. Many people actually are not big fans of how its leaves smell but everyone loves its tangy citrusy scent.


Rabbits probably stay away because they sense that the ripe berries and foliage of the plant contain a toxin that could hurt them. A rabbit would have to be really really hungry before it went for a lantana. The good news, though, is that hummingbirds and butterflies are joyously in love with this shrub. 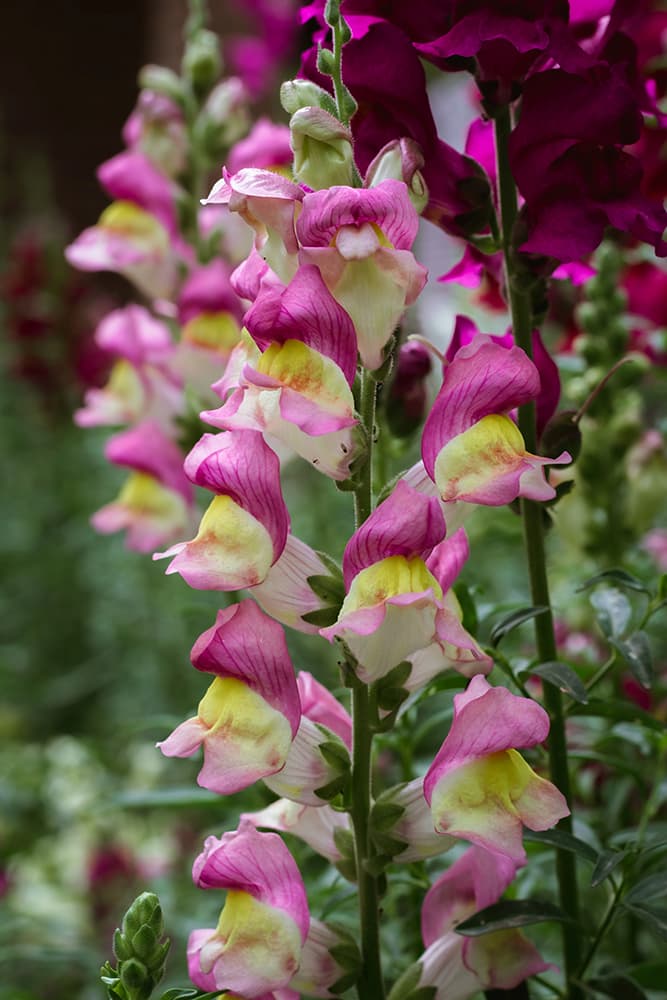 Their resemblance to a dragon’s face makes snapdragons — or dog flowers, as they’re also called — a big hit with children and even adults. If you’re one of those people who had hours of fun as a child squeezing snapdragons (Antirhinnum) to open and close the dragon’s ‘jaw’, you might think that this mischievous little plant would be a rabbit favorite.

Not true. The snapdragon has a yucky bitterness, enough to put off many animals. No self-respecting rabbit would have anything to do with a snapdragon. 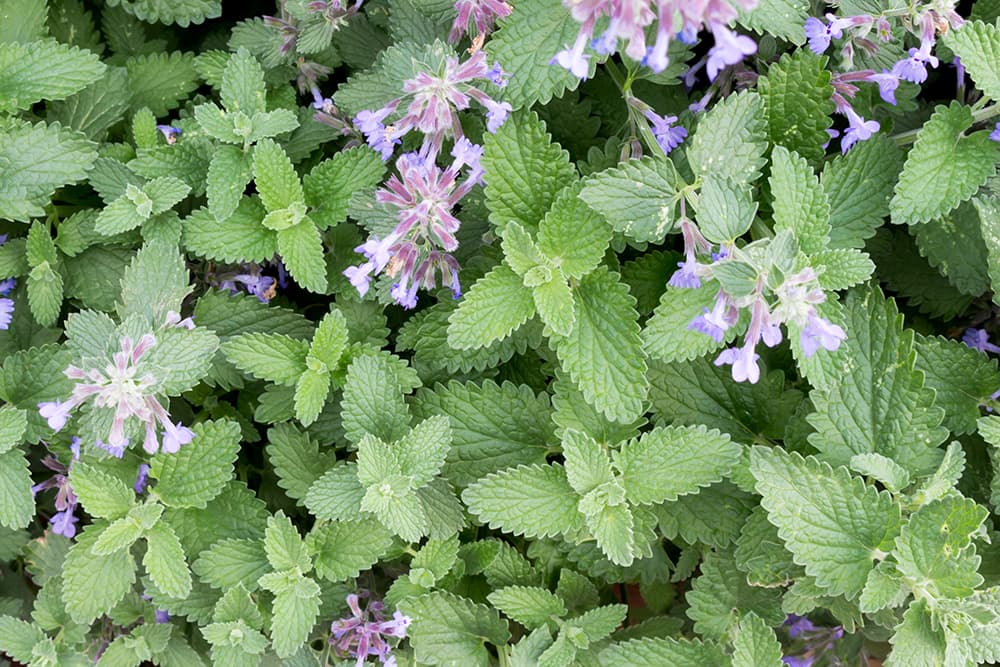 Remember, when it comes to keeping rabbits away, fragrance is everything. And when it comes to fragrance, catnip (Nepeta cataria) — often confused with its more ornamental cousin catmint (Nepeta mussinii) — has the jump on many plants. Its distinctive fragrance, produced by the chemical nepetalactone in its leaves, is strong enough to repel mosquitoes and other flying insects. Rabbits don’t stand a chance. A discerning rabbit will give wide berth to catnips and catmints, even though it isn’t toxic and makes any garden smell heavenly.


By the way, in addition to warding off rabbits, catmint makes a great addition to your salads and they say you can make a great tea with its leaves and flowers for relieving coughs. 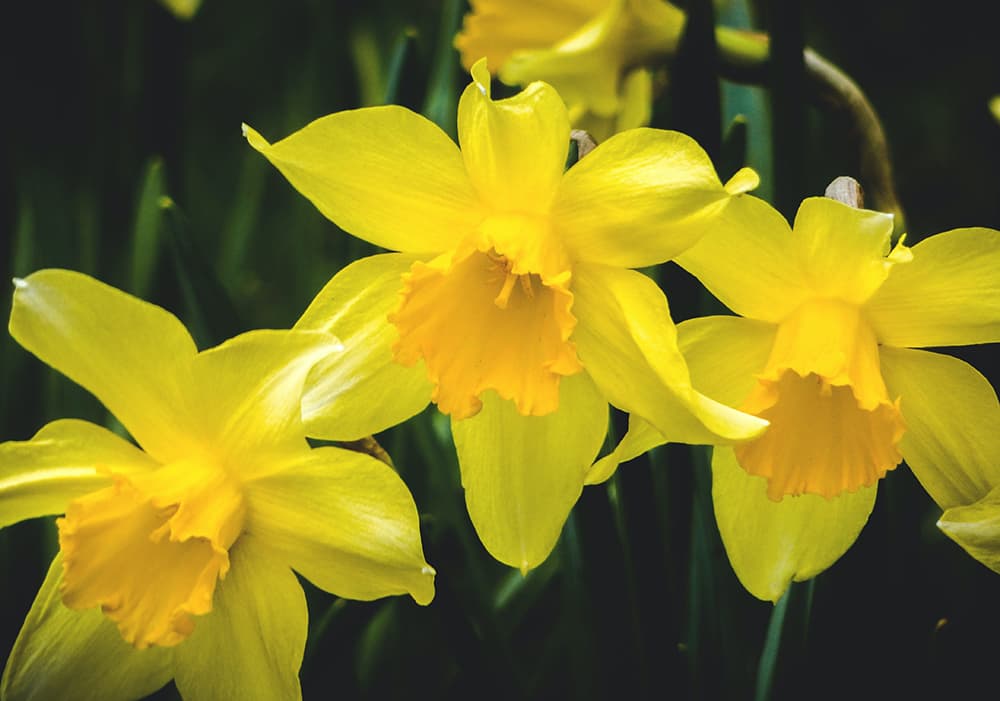 This is the mythical flower that blossomed on the grave of an ancient Greek man who was in love with himself, Narcissus. They named the flowers after him but everyone knows these bulbs better as daffodils. They’re pretty as a picture, easy to grow, and make your garden look great — and bunnies hate them. The flowers, which burst out in shades of red, orange, yellow, pink and white, contain a toxin called lycorine that just doesn’t make most animals feel very good. 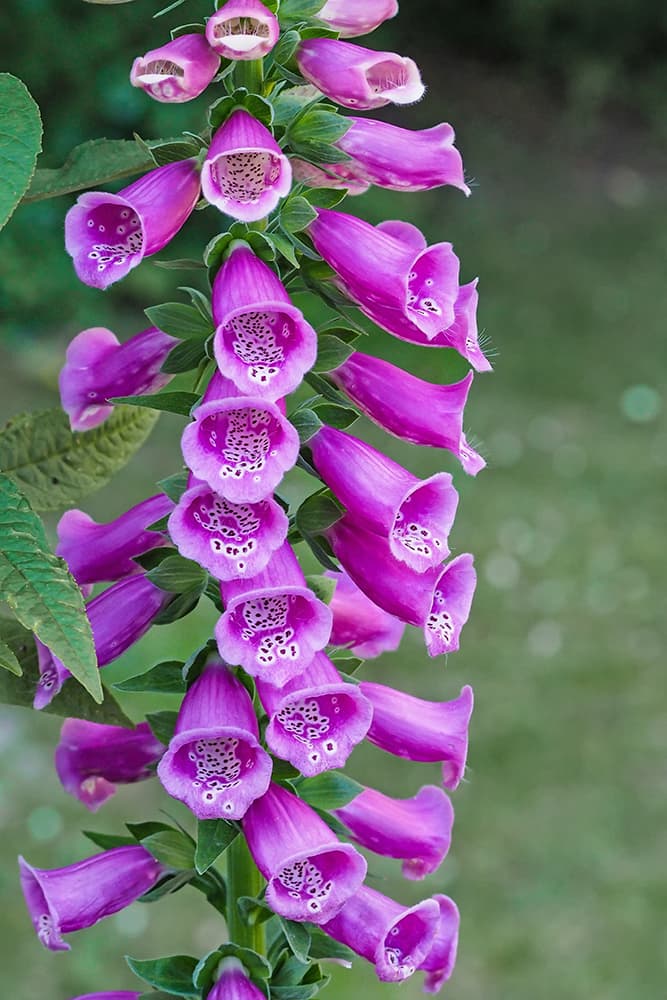 All parts of this beloved plant spell trouble. The beautiful foxglove (Digitalis purpurea), so beloved of gardeners, is highly allergenic and contains compounds that can be fatal to humans in high doses. Its tubular blooms, in colors of white, lavender, yellow, pink, red, and purple, can charm you as easily as they can harm you. Rabbits and most other creatures steer clear of the foxglove, so if you need a looker that also repel rabbits, this one’s for you.

Here’s a beloved plant that completely fails the rabbit taste test: Lavender (Lavandula spp.). It’s an exquisite ingredient of perfumes and lotions, it’s a sedative, it calms the nerves, it grows easily, and it can even be baked into cookies — but for rabbits and deer, those fuzzy leaves and strong aroma are just, in a word, yuck! Consider an ornamental hedge of lavender if you want to keep bunnies at bay.