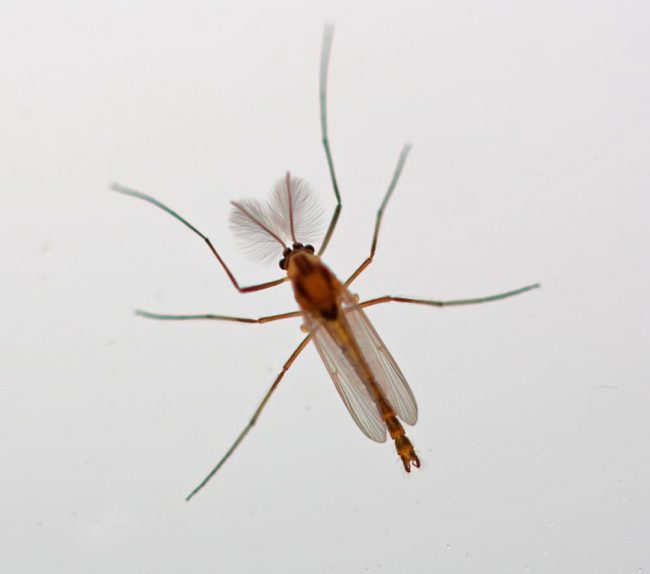 Although they’re very tiny insects, gnats are very annoying pests that can invade your home. Eliminating them may not be as easy as it seems unless you understand how did they find their way inside your house. You will need to make use of some clever tactics to fix your pest problem before it gets out of hand. Having a gnat infestation doesn’t mean you should worry about diseases or harmful consequences but these small flies can easily overrun the entire home.

Differentiating between different types of gnats could be important to better understand the particularities of your infestation. Gnats can refer to lots of species of tiny flying insects. Some of the most common that appear in human environments are fungus gnats and fruit flies. All gnats tend to breed frequently so that means you should take into account the infestation potential of running into just a few insects.

Unless their breeding grounds or sources of food are eliminated, gnats will keep multiplying and will become even harder to get rid of in the long run. Gnats don’t bite but they are irritating to have flying around in your face. The small bugs enjoy sweet, sugary smells and prefer damp environments to lay their eggs. Having gnats in your home will often mean that fruit flies have invaded your home as well. Although there are slight differences in appearance, both species can be removed using similar methods.

2. Where Do Gnats Come From?

Gnats find their way into your home from outside. They can enter living spaces using different areas, usually through windows or doors but it’s not uncommon for the little insects to sneak through cracks in the foundation. Similar to other insect pests that can invade your home, gnats are looking for food debris that’s both pungent and damp. Think of overripe fruit on the counter or smelly leftovers from the garbage can.


Some types of gnats will be found more regularly near wet areas. The pests can often be a sign of having a water leakage somewhere in your home. It’s safe to say that you won’t need to search a lot to discover these pesky insects. They can appear in the wet, unreachable parts of the drain or establish themselves in potting soil. Fungus gnats can give plant lovers a lot of headaches because they prefer feeding on rotting organic debris.

3. Methods to Try for Getting Rid of Gnats

When it comes to removing these annoying pests from your home, it’s recommended to consider multiple methods because there could be different situations that require additional solutions for optimal pest control. Some homeowners will find traps to be very effective for their gnat infestation while others seem to get better results using a chemical spray. Regardless of the specific details of your gnat problem, let’s explore the best removal methods out there: 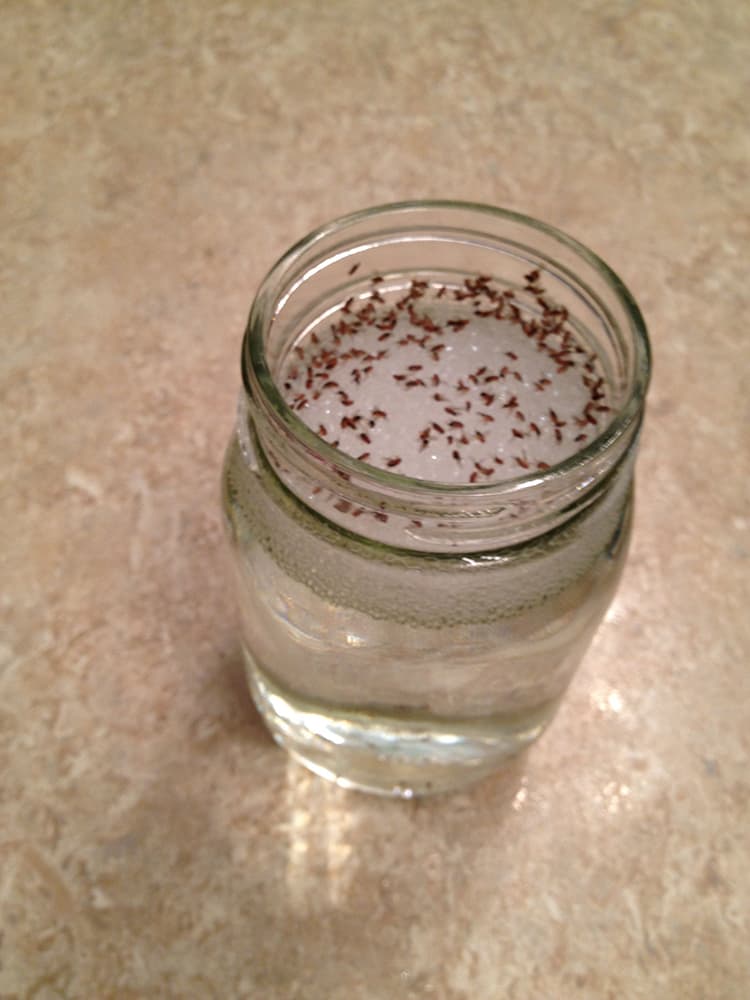 This is a reliable DIY solution that can successfully trap and kill flying gnats with minimal effort. It involves mixing 3-4 tablespoons of apple cider vinegar with a bit of sugar in a glass to create a very attractive combination for gnats. To trap them in the glass, you can either use a plastic wrap covering or dish soap.

The covering needs some holes to let the gnats enter while the wrap should prevent them from finding their way back out of the glass. An alternative method requires just adding dish soap to your vinegar mixture which has a similar effect of sinking the flies into the glass. Vinegar is commonly available and a non-toxic solution but if you dislike the smell created in your home by this trap, there are other tricks to consider. 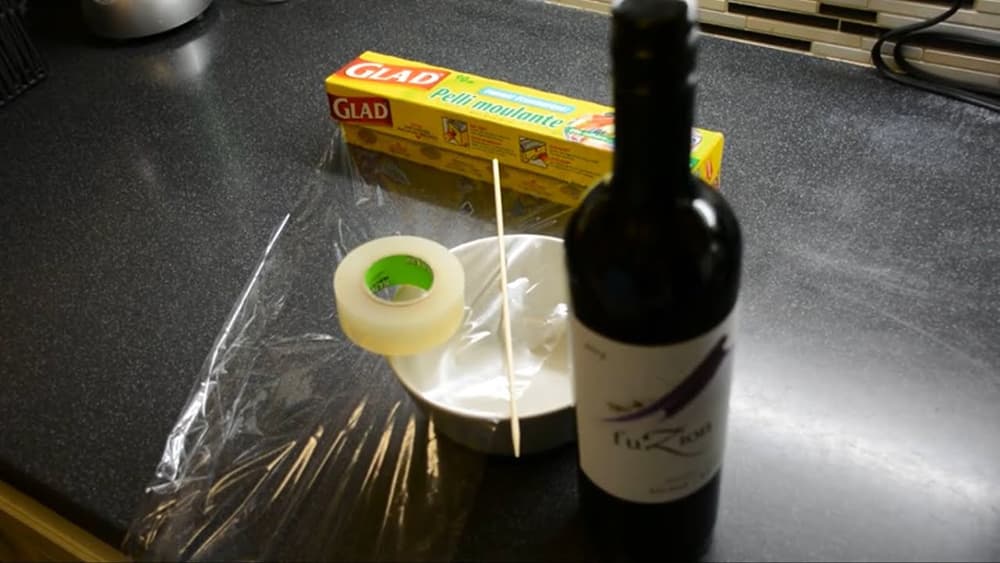 If you happen to have an old bottle of beer or wine laying around your house, you can effectively turn it into a trap for gnats. Just leave it in a place where you’ve seen the insects congregating. They will be attracted by the fermented drink and won’t be able to get out of the bottle due to the narrow neck. The trap can be successful even if you use fresher alcoholic drinks. 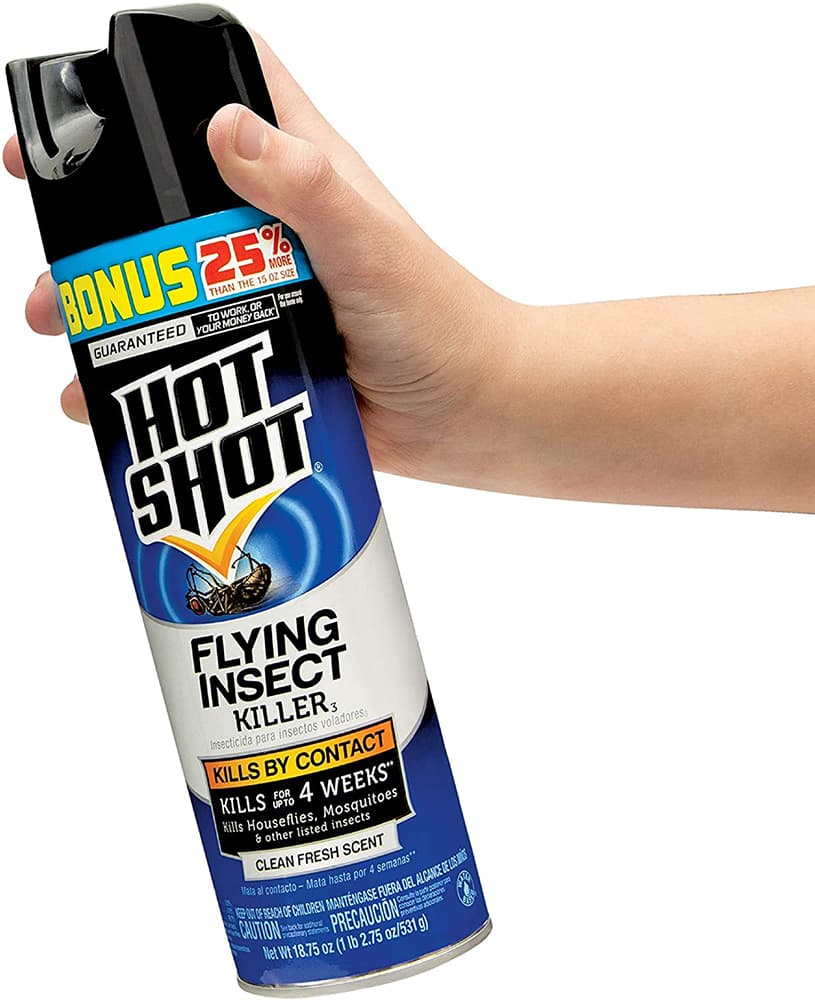 When classic DIY traps don’t seem that effective, perhaps it’s time to get a stronger spray that’s able to kill the flying pests. Professional exterminators favor this solution for the removal of gnats because you can choose a product that’s specifically designed to destroy your insect pest. The obvious downside is that you should be careful to not abuse strong chemical sprays, especially around pets and children. A reliable spray insecticide comes from Hot Shot, available on Amazon. This model is designed for a wide range of flying insects, including gnats and fruit flies. 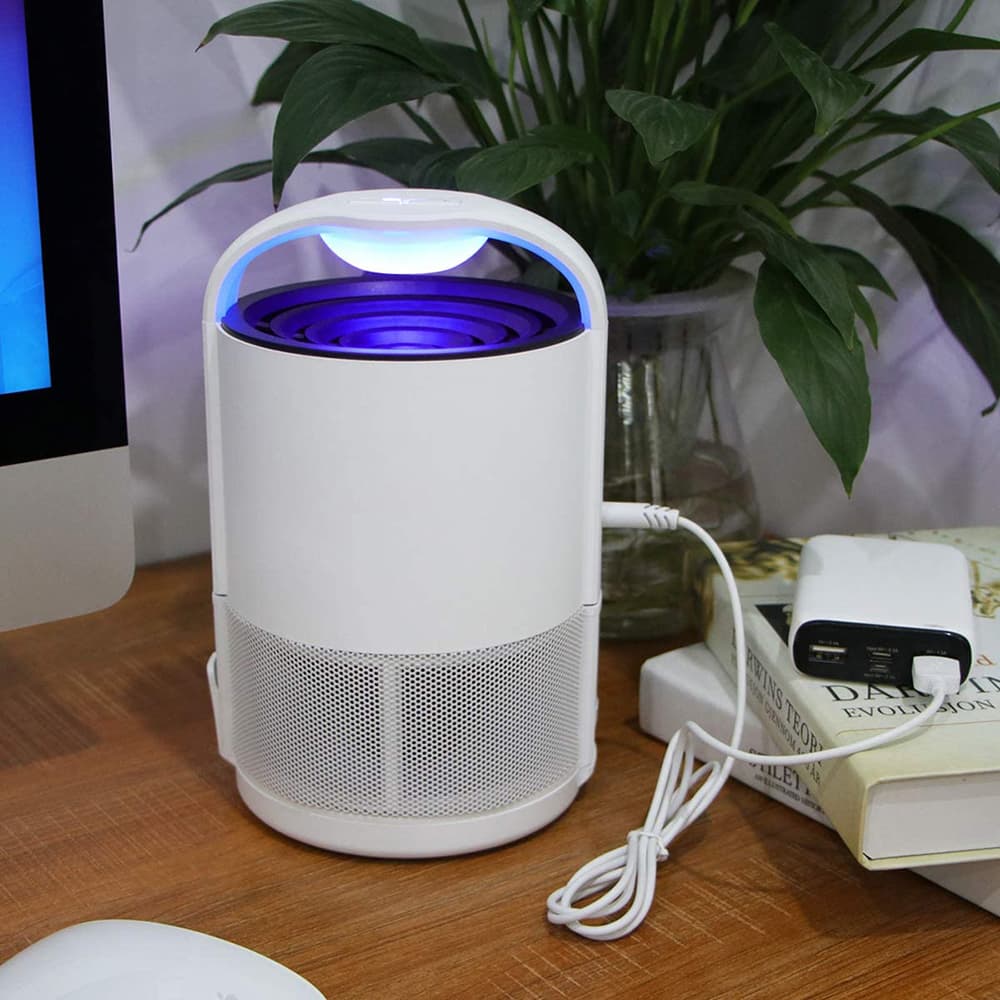 Instead of dealing with the hassle of DIY traps and mixtures, it’s recommended to try a store-bought solution. It could be more of an investment initially but the consistent results and overall convenience make this option worth considering. There are many packs of sticky traps that are carefully designed to trap gnats or fruit flies effectively without creating a mess. The Garsum disposable glue trappers are a great example from Amazon. These powerful sticky traps can solve your flying pest problems in no time.

If you’re searching for a more versatile bug trapping solution, the Fenun Zap T360 Pro could be a solid option. It’s an ideal product to capture and eliminate flying gnats as well as moths and mosquitoes. This elegant device is a breeze to operate and offers alluring light and super-sticky glue pads. It’s recommended for creating a pest-free environment indoors. You don’t have to put in too much effort to make a bug zapper like this one work as expected.

3.5 Pour Bleach into the Sink 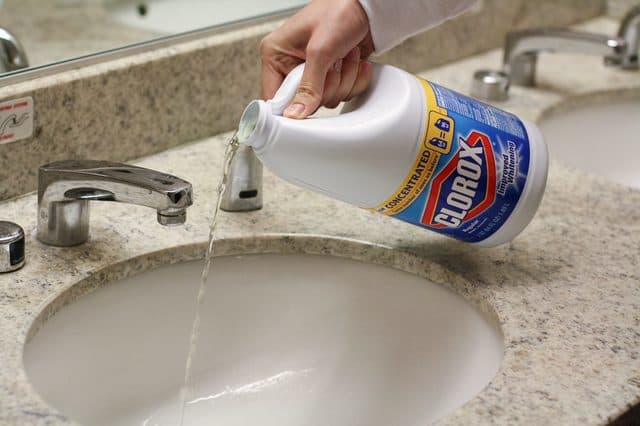 Homeowners struggling with gnats living in the crevices of the drain should consider this simple yet effective trick. Pour bleach into the sink drain where these pesky flies can often be found. Make sure you’re careful when handling a strong chemical like bleach to avoid any harm, particularly to pets or children. Let the poured bleach sit for a while before running the tap water to ensure reliable removal of the gnats near the drain.

4. Preventing Gnats From Making a Comeback

Although getting rid of adult gnats is a recommended course of action, it could be quite ineffective by itself to control an infestation. You have to prioritize prevention in order to avoid breeding gnats from invading every area of the home. 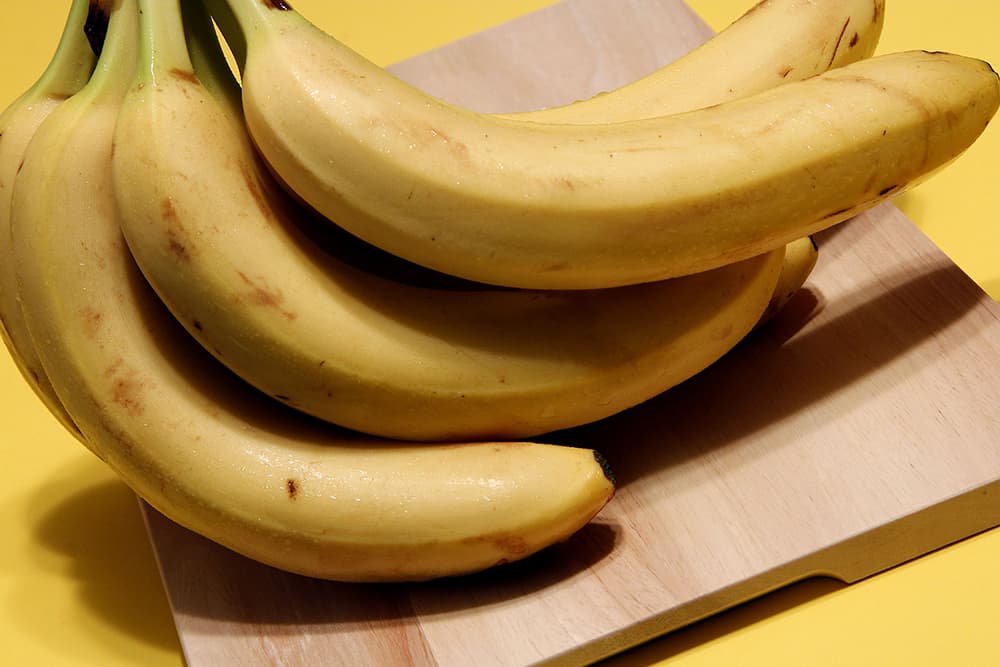 The bugs rely on some food sources in your home so you will never get rid of the pests unless you eliminate them. That can usually mean putting ripe fruit in the fridge and rinsing produce carefully after bringing it from the store. It’s best to keep food debris out from being in the open for the gnats to feed. Keep the garbage bin tightly shut and remove it from the house as often as possible.


Fruits and veggies should be rinsed if you wish to avoid eggs or larvae that will develop into gnats. Drain flies could be tougher to deal but you can watch for signs of water leaks that allow the infestation to grow. Keeping the kitchen area generally cleaner could have great results for stopping gnats from making a comeback.

There should be no opportunities for spoiled food particles to attract flying pests. This is why we recommend washing the dishes quickly so that gnats won’t find a tasty food source. Check old windows and doors that can provide some ideal breeding grounds for these flying pests. Excessive moisture and rotting wood make a strong combination to attract gnats, especially if there’s mold.

5. How to Get Rid of Fungus Gnats 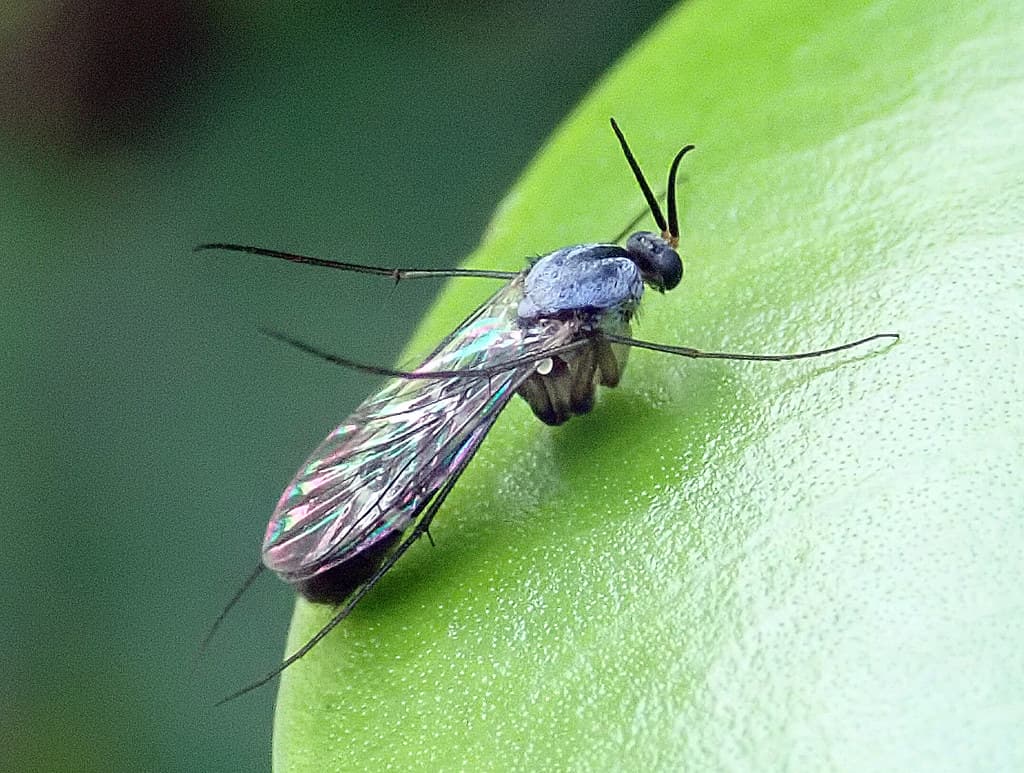 Fungus gnats deserve their own dedicated section in this article because removing them will require some additional measures to be taken. Whereas other types of gnats are primarily attracted to rotten food and found in various areas of the home, fungus gnats tend to hang around indoor houseplants. They’re totally harmless for you but can potentially cause serious issues for your plants.

Although fungus gnats are not seen as dangerous as far as houseplant pests go, it’s safe to say that you shouldn’t let the infestation grow. If the pest is left ignored, your plants will suffer and it’s much harder to deal with a large infestation later. Fungus gnats are attracted to the potting soil from the plants. You can quickly identify them from the erratic flight tendencies and frequent walks along the soil.

5.1 How Damaging Are Fungus Gnats For Plants?

A few gnats will most likely never pose a serious threat to your houseplants. The problems can start to appear when the pests become more numerous. Larger fungus gnat populations mean that larvae begin feeding on the roots of the houseplants. It’s particularly important to avoid this kind of serious infestation to protect seedlings or younger plants that could be more sensitive to the damage.

Although the gnat doesn’t spread diseases to humans, it can do so for plants. The flying pest spreads damping-off problems further so it’s best to stop the infestation in its tracks before it happens. Unless you inspect the plants carefully, you might even miss fungus gnats and confuse the plant damage for other typical root-related problems. More serious signs of fungus gnat damage can include yellow leaves closer to the root section of the plant and wilting.

Removing these pesky insects from your houseplants can be achieved fairly easily if you make use of the previously discussed methods such as cider-vinegar or sticky traps, sprays, and zappers. The trickier part is to prevent the infestation from developing further. That’s not as simple to do as just killing off the adult gnats. It takes reliable prevention methods to get full removal of fungus gnats and avoid houseplant damage.

5.3 Watch Out for Excessive Soil Moisture 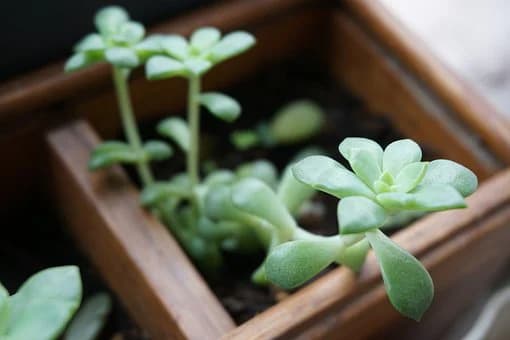 Most indoor houseplants require well-draining soil because there’s a considerable risk of dealing with root-based diseases caused by too much water. Soggy soil will also have a negative effect because it offers the right conditions for breeding gnats. This means you need to take some measures to keep the potting soil much drier between waterings. Avoiding frequent watering will also prevent gnat infestations. 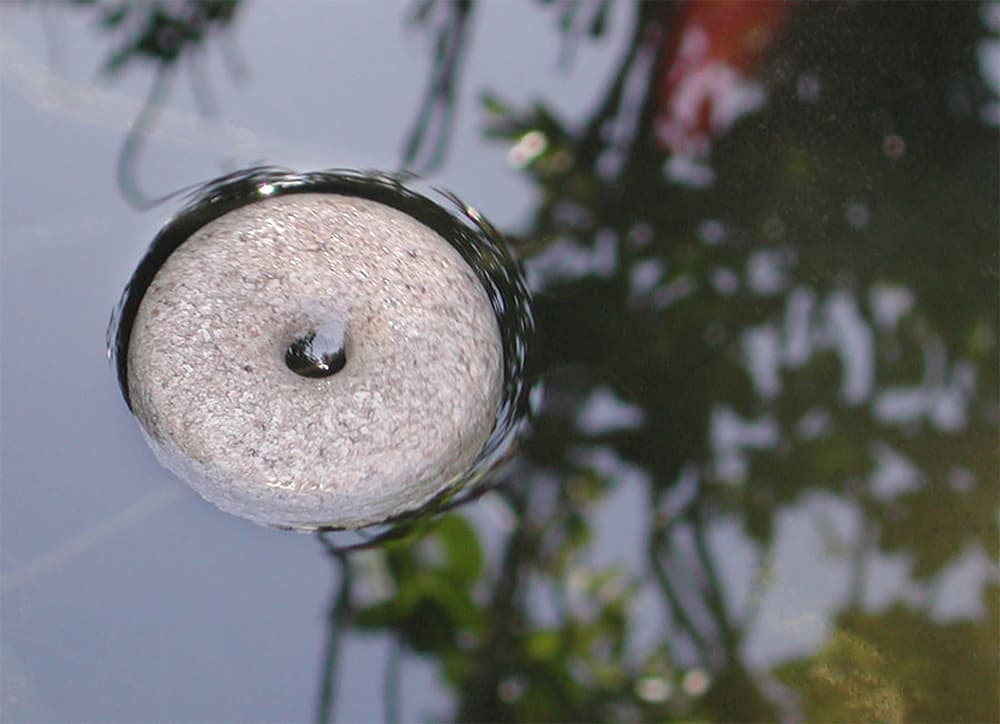 Although it’s primarily used to control mosquito larvae populations, this is a reliable product to kill the larvae of other insect pests such as gnats. Consider a high-quality pack of mosquito dunks such as this one from Amazon. The dry pellet stops gnats from breeding through the help of a beneficial bacteria that destroys the pests’ larvae.


Mosquito dunks are commonly used for treating standing water such as fish ponds or animal troughs. You can also add it to the watering can that’s used for your houseplants because the product soaks in the water. Then it’s simply a matter of using that solution to water the plants affected by fungus gnats. Repeated watering with a mosquito dunk can safely eliminate fungus gnat larvae allowing you to stop the infestation in its tracks. 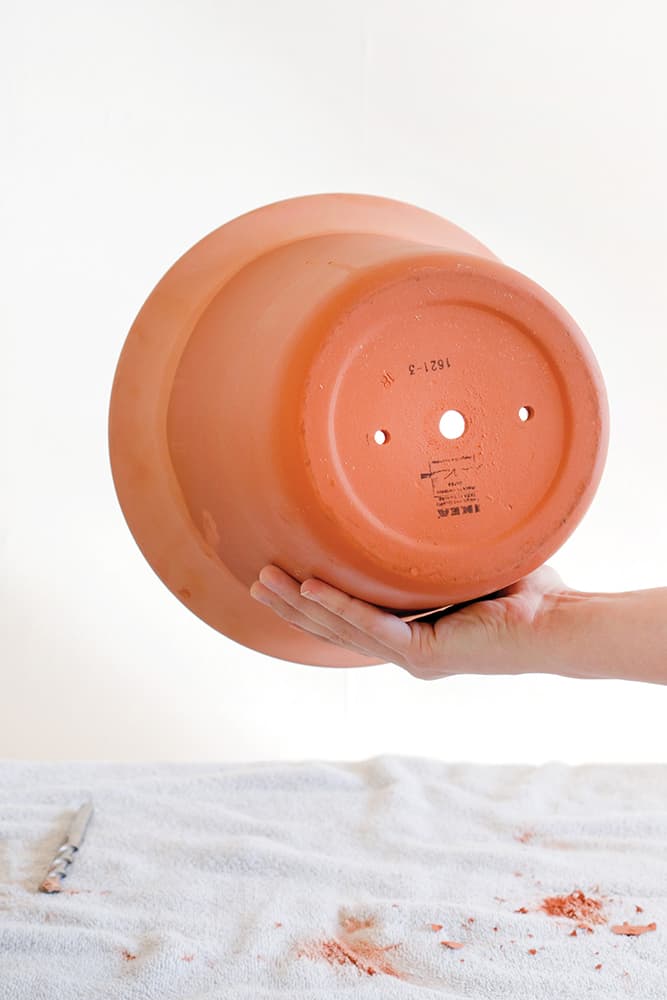 Gnats are usually found on the top of the soil of your houseplants. However, that’s not always the case because the insects can also come through the drainage holes underneath the pot. Blocking them from making a home in that area will require coverage with a special fabric that keeps the gnats out but doesn’t impede the flow of water that has to be drained after watering. Consider attaching a piece of synthetic fabric with the help of tape to prevent gnat infestations through the houseplant’s drainage holes.