We may receive commissions from certain links you click on our website. As an Amazon Associate I earn from qualifying purchases.

Whether you plan on hanging your favorite artwork or wish to deal with a repair project, you’ll often run into the problem of finding the wall studs. Why is this important? Studs are essential structural elements in the finished walls that provide the extra strength needed for anchoring pieces of furniture or securing heavy shelves and picture frames.

The simplest method to find a wall stud is to just use a stud finder but not everyone may have that tool available immediately at hand. Thankfully, there are some tricks you can try for locating a stud in the wall without a trip to the local home improvement store. Even with the stud finder device, it’s safe to say that you still need to do some extra work to correctly locate the wall studs.

When it comes to spacing, wall studs are usually positioned in a standard way to act as framing support. They’re usually spaced either 16 or 24 inches apart on the surface of the wall. Fasteners need to be properly anchored in studs for the best level of support. In most cases, locating a single wall stud is usually enough to figure out where the others are. If you’re ready to find the studs in your wall, let’s take a look at the best methods to do so quickly and efficiently: 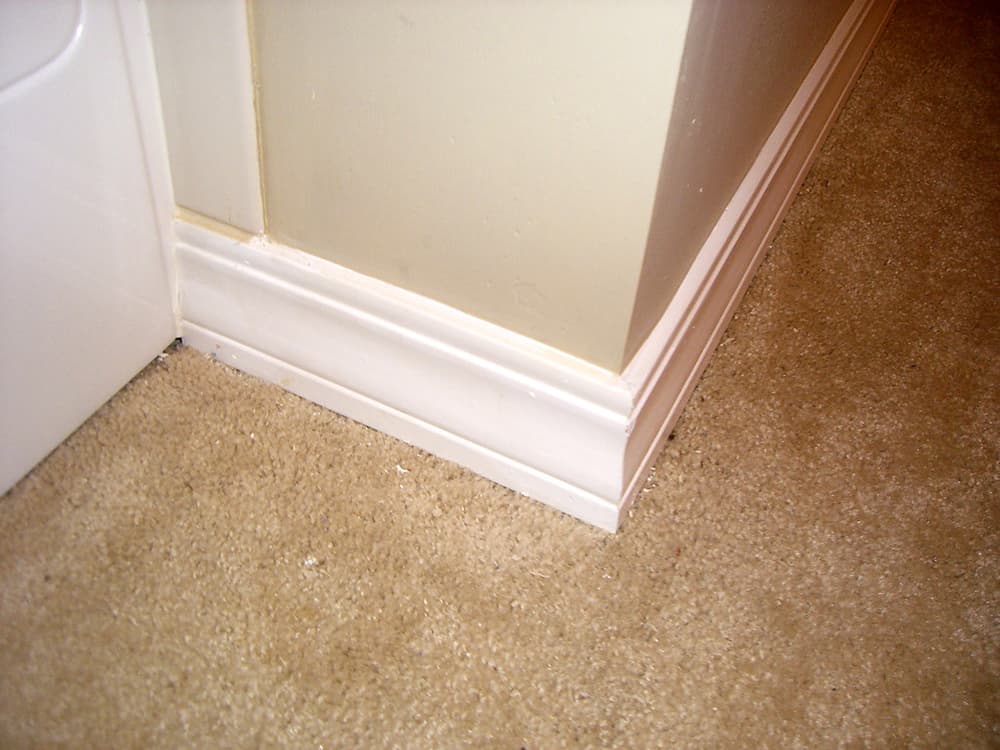 The baseboard is installed by anchoring to the studs so you can use it as guidance to figure out where the studs are placed. There are some specific dimples that show where the baseboard has been nailed to the wall. You should inspect it closely because the dimples can be easily missed as they’re filled with caulk and painted over.

2. Discover the Studs Adjacent to Windows and Doors

Most residential houses rely on studs on the sides of window and door openings. You can use this information to your advantage to figure out the precise position of wall studs. The opening of the door, for example, can make use of two doubled-up studs for extra strength. This makes it easier to spot the studs.


3. Locate the Outlets and Switches 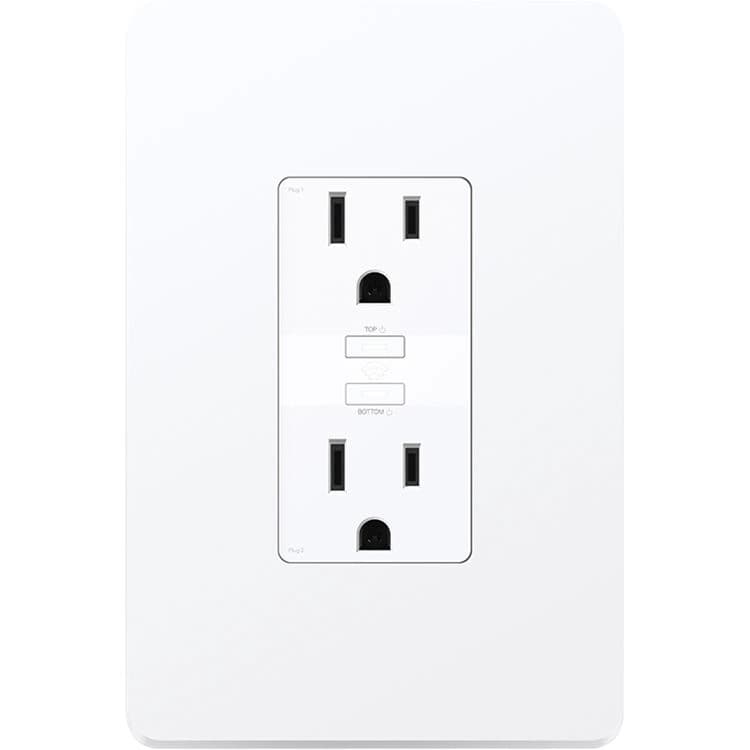 It’s a smart idea to look for electrical outlets because they’re usually attached to a wall stud, at least from one side. This method can require some extra fine precision by tapping the outlet to figure out which side makes use of stud support. Another solution is to remove the cover plate of the outlet or switch. In most cases, you can quickly notice the direction of the nail that indicates the location of the stud.

Although this is a great trick for finding wall studs, keep in mind that there are some exceptions because some electrical boxes don’t depend on studs. This is usually the case for retrofit boxes attached directly to the drywall. Fortunately, it’s relatively easier to see whether you’re dealing with an old-work box due to having small screws placed on the bottom and the top of the unit.

4. Find Slight Dimples in the Wall 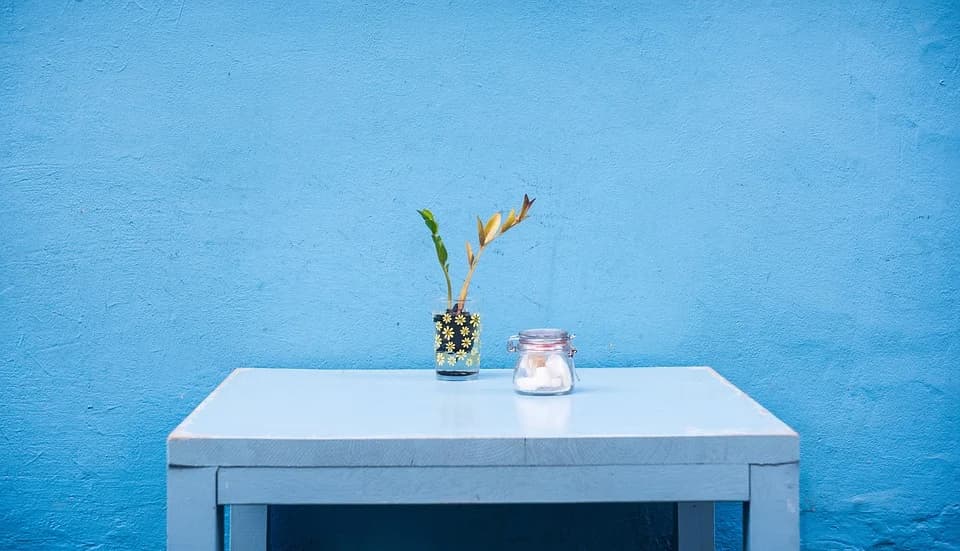 While it’s not the most reliable method, you might be able to spot slight dimples in the wall. These are typical signs of the exact location for the fastened drywall to the stud. Even if you check really closely for these dimples, it can be tough to observe with the naked eye. Use a flashlight to illuminate the wall surface upright to increase your chances of spotting the telltale dimples. This trick works ideally for plaster walls. 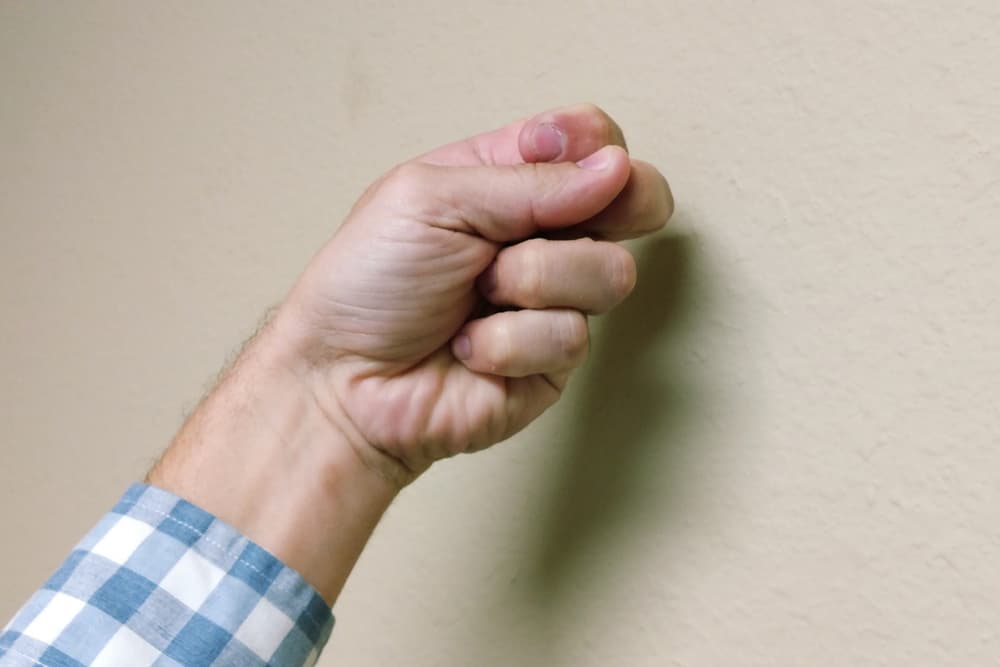 Before you consider damaging the wall to confirm the presence of the wall stud, it’s worth trying out this simple trick. It involves gently tapping the wall with a hammer until you can hear a muffled sound. That will mean you’ve found a stud. It contrasts with the typical hollow sound from other areas of the wall.

6. Use a Finish Nail 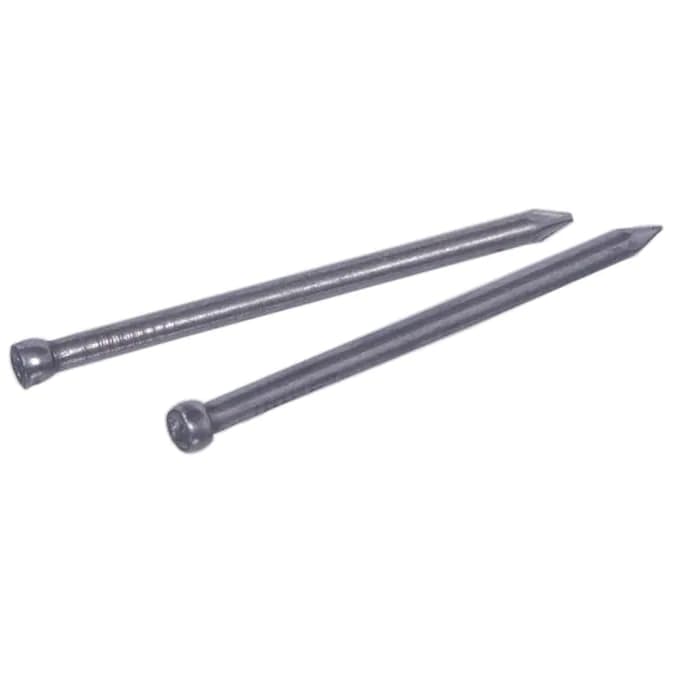 Most methods so far give you a fairly good estimation regarding the location of the wall stud. If you want to be absolutely sure though, consider driving a finish nail into the wall. Don’t worry about any damage because avoiding that is exactly the reason for using a thin finish nail. It can be conveniently covered with a bit of drywall compound so you can safely punch multiple tiny nails to confirm the presence of the wall stud.

Alternatively, it could be a better idea to use a drill bit instead of the finish nail. This is thanks to leftover wood fragments on the bit that will clearly indicate the location of the wood stud. There’s also the sense of resistance that can be easily felt when hitting solid wood.

7. Get a Stud Finder 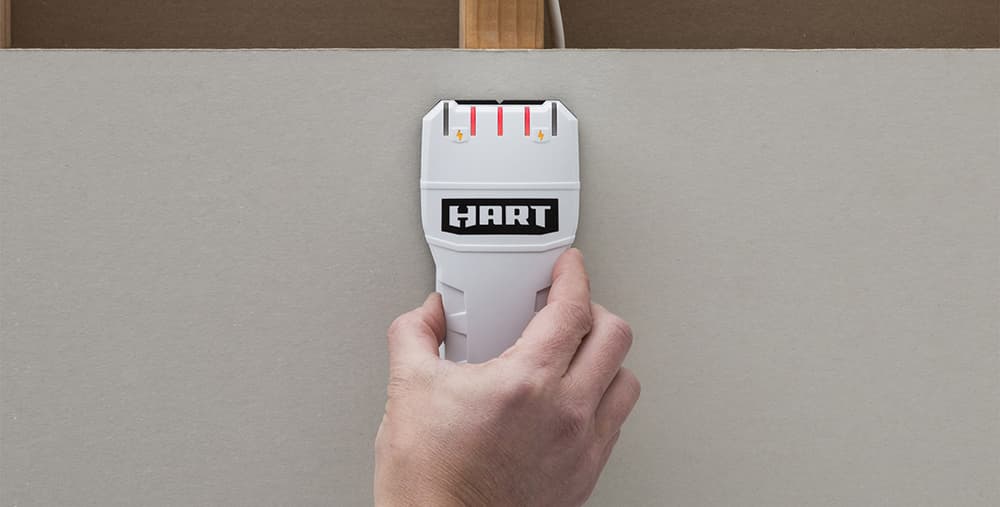 When other methods seem unsatisfying, consider using a stud finder to accurately spot the studs in the wall. This is a reliable and affordable piece of equipment that can simplify the effort needed for locating studs. Check out this Craftsman model from Amazon that offers excellent accuracy for both wood and metal studs.

Although it’s a handy tool to have, it’s important to be aware of a stud finder’s limitations. It can still give false positive readings because there are other dense objects behind drywalls that can fool it into thinking it has discovered a stud. For the best wall stud finding results, we recommend not to rely only on this tool. The other methods are also useful even if you already own a stud finder.