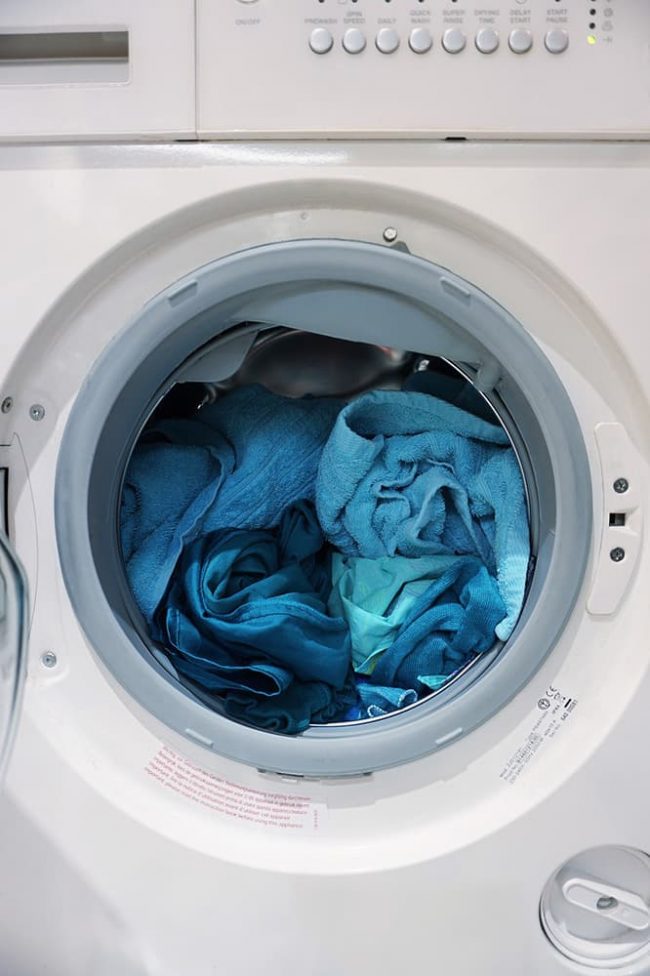 A washer not spinning is a fairly common problem experienced by many homeowners. It’s not something that you should be very concerned about, at least in most cases. If your washing machine fails during the spinning cycle, there are various issues that can cause it.

Anyone dealing with the laundry chore is aware of the unpleasant effect caused by this problem because clothes will turn out sopping wet. Getting the washer back to normal spinning can be usually done by trying some fixes for the most commonly encountered problems. Check out the best solutions to figure out why your washer isn’t spinning normally. 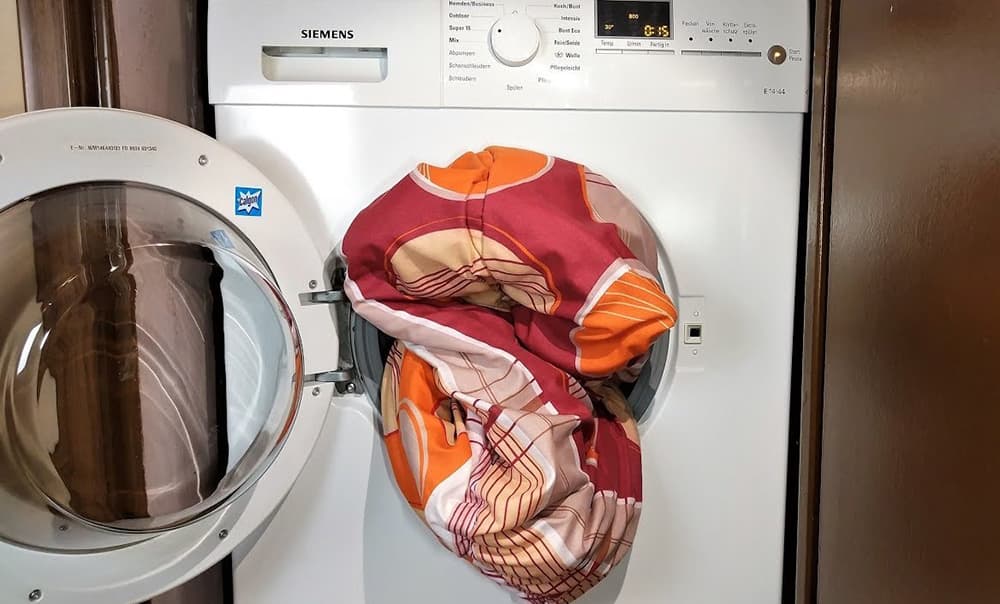 Putting too many heavy items in the washing machine can cause an imbalance for the unit’s drum. This is something important to avoid not just to prevent spinning issues, but to protect the health of the washer in general. Having an overstuffed washing machine can be considered one of the most common reasons for spinning problems.

Solving this issue is quite straightforward as you need to remove some of the clothes from the washer and allow the machine to try again dealing with the spinning cycle. It’s quite a messy process but the appliance will detect the now balanced load so it can resume normal operation.


Similar to overloading with too many clothes, you can also create an imbalance for your washing machine when you attempt the cleaning of a single item that’s too large and heavy. That’s usually the case for things like heavy coats or comforters. They will not allow the machine to spin properly because they tend to sit on a single side of the drum. In this case, your only options are to remove the large item completely and try an alternative cleaning method or rearrange it somehow until a balance has been reestablished for the washer. 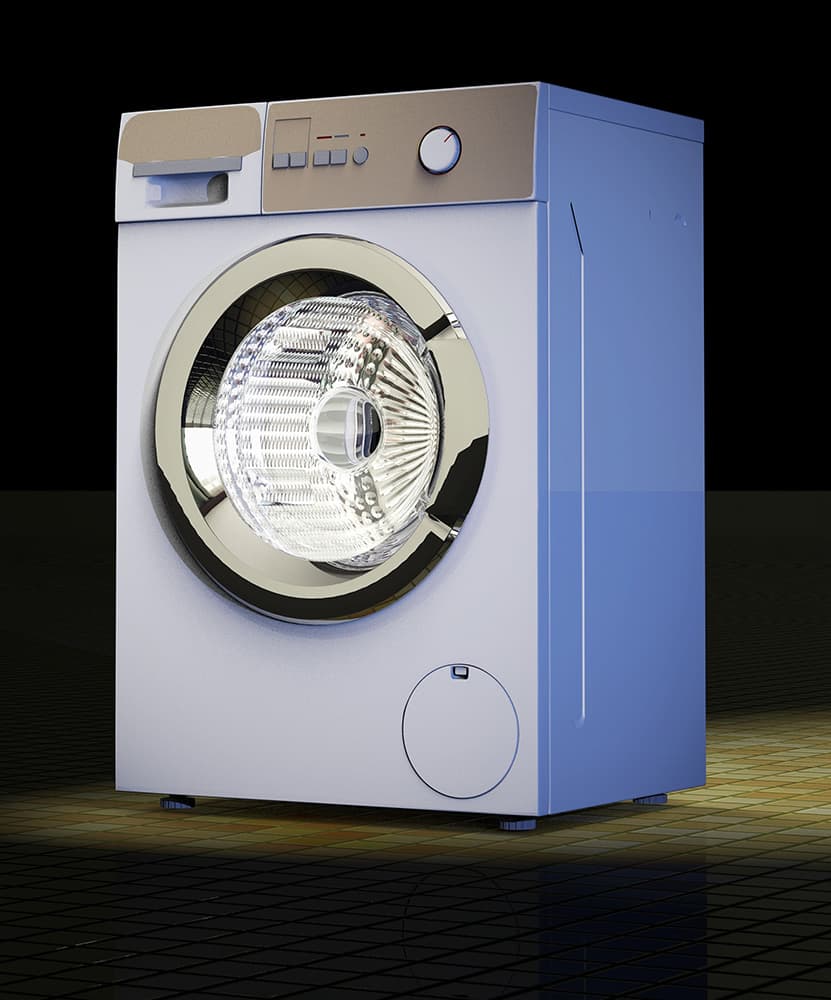 If the appliance doesn’t have a level positioning, it’s safe to say that you can experience a failure to spin as expected. To figure out whether the machine sits correctly or not, you can listen for excessive noise and intense vibrations. In some cases, the entire unit can slightly move, which gives a strong indication of a positioning problem.

An unlevel washer can be usually fixed by adjusting its individual legs. It can solve both your spinning issues as well as loud noise and vibration problems. Another great fix is to purchase a special anti-vibration mat that will significantly help with the overall stability of the washer. Take a look at this rubber mat from Amazon that’s thick and large enough to accommodate the dryer as well. 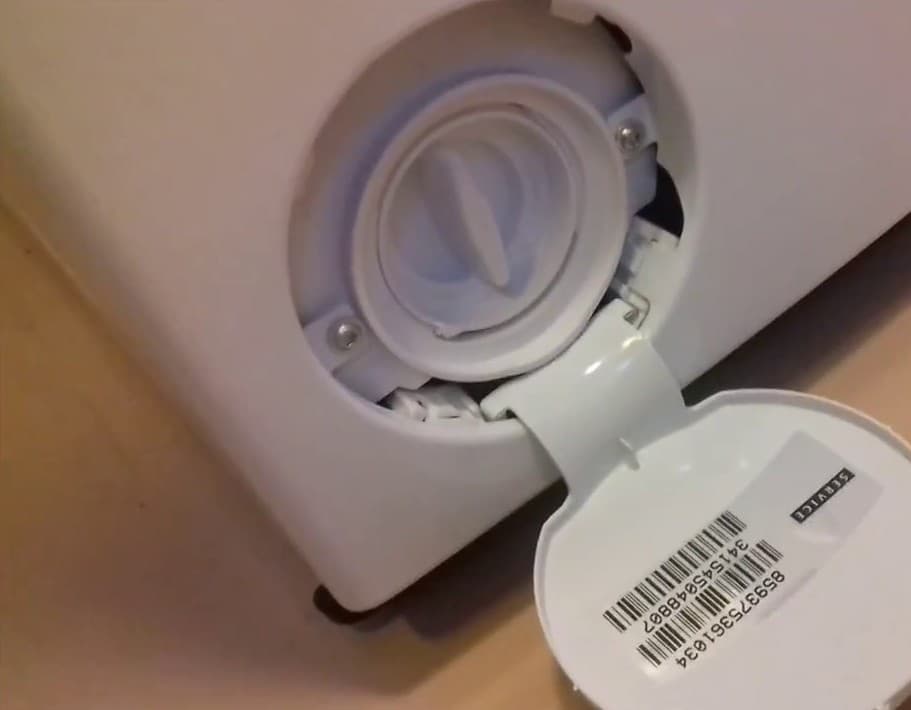 Another typical reason that prevents your washer from spinning is having a clogged drain trap. Your appliance has a filter system that keeps small items from accidentally going down the drain and causing damage. The problem is when that special drain trap gets itself blocked.


Clogs can happen from all kinds of items that you may have put in the washing machine while forgetting to check the pockets of the clothes. A blockage can also appear from lint buildup. The clogged drain trap can make your washer stop working altogether until you clear it.

Fixing this issue involves locating the drain trap door. It could be necessary to check the manual of the appliance because the exact position of the filter system can vary from model to model. Once you find the clogged drain trap, you will need to get the cutout section out, clean it, and place it back in its original position. Check to see if the machine will resume the spinning cycle. 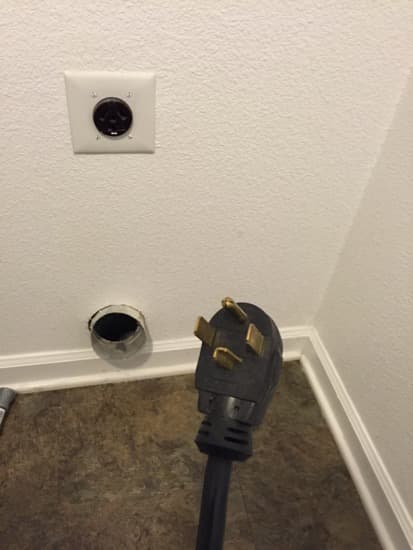 Intense vibration or random mid-cycle bumps can sometimes remove the plug from the outlet. This is why it’s important to check for some potential power issues that may cause the washer to stop spinning. If you’ve verified that your washing machine is properly connected to the power source, it’s also recommended to go looking for a tripped breaker at your home’s electrical panel.


One reason for your washer’s malfunctioning can include using an extension cord. This is not recommended because the appliance has some specific power requirements that may not be properly met by the extension cord. You can run into overheating problems or complete shutdown so it’s best to keep the washer plugged directly into a wall outlet. 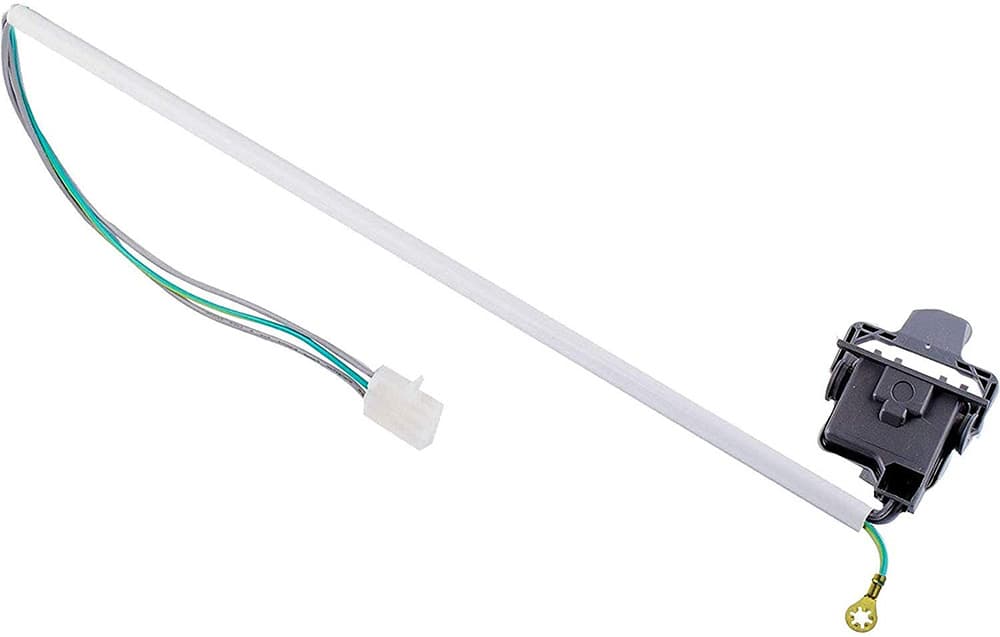 If you own a top-loading machine, it’s possible to run into a frustrating issue that can make the washing machine unable to spin. The appliance relies on a simple mechanism called a lid switch for ensuring that the unit is properly closed. When the machine detects a problem with the lid switch, it can be prevented from spinning for safety reasons.

The lid switch is activated when it makes contact with a tiny protrusion located on the lid’s underside. That small piece can get damaged after some time but you might be able to fix it by hand by bending it in the correct position. If the problem is a faulty lid switch, consider getting a reliable replacement part such as this model available on Amazon. 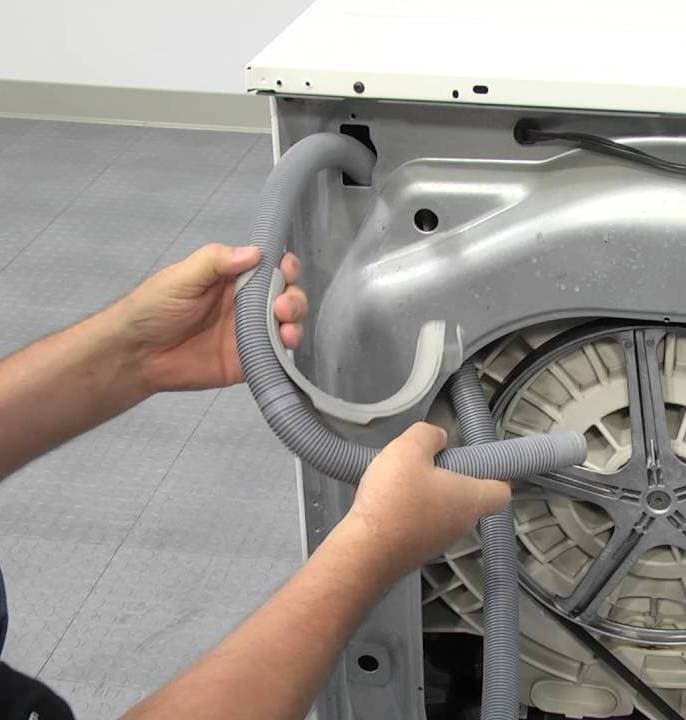 A considerable interruption to the water flow can create some problems for any washer. This usually means having a kinked hose. You can easily figure out whether you’re dealing with this kind of issue when the washer seems to start the spin cycle but fails to gain the required speed for the process.


Solving this problem involves a close inspection of the rear of the washing machine. Check for any kink in the drain hose and then make sure the appliance is carefully positioned to avoid creating the same issue again. Similar to the clogged drain trap, it’s also worth looking for potential clogs in the drain hose. 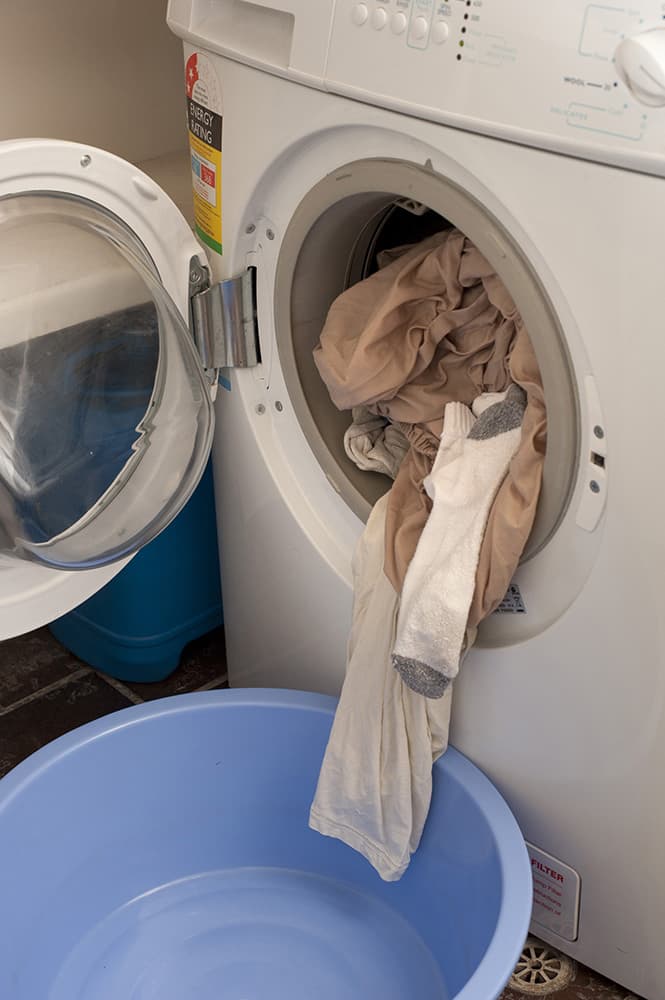 While top-loading washers can be affected by faulty lid switches, front-loading models will also have a problem that closely resembles it. This type of machine makes use of a safety mechanism called a door interlock. It’s what ensures that opening the washer mid-cycle is not possible. Some newer top-loading models can also include this feature.


A door interlock failure is a common problem that prevents the washing machine from handling its usual spin cycle. If the control system of the appliance detects a malfunction to this mechanism, it can provide an error code that you can solve conveniently using the manual of the washer.

If you have an older washing machine that lacks a display, the only way to know if you’re dealing with a faulty piece is to inspect the door interlock. This can be more difficult to do without professional help as it’s not a typical task that can be handled by a DIYer. If the door won’t lock, that’s a sure sign of an interlock failure.

A damaged drive belt could be an important reason to consider when your washer fails to handle its typical spin cycle. This part can be found on all kinds of washing machines and has a central role in the spinning process. Unfortunately, due to overloading or overheating problems, the drive belt can become worn out. This is an issue that will usually affect older appliances.

A complete diagnosis and replacement for this part will require professional help unless you have the necessary knowledge to resolve the problem yourself. As a DIYer, your best bet is to attempt to troubleshoot the issue by listening for some specific noises that indicate a damaged drive belt. Some good examples include whining or slipping sounds.

It’s also possible to visually check the drive belt’s functionality by yourself if you remove the rear panel of the washer. Even if you can’t handle a more difficult replacement, it’s useful to get a good idea about the state of the washer’s drive belt. If it seems to work fine, perhaps your spinning issues are caused due to other reasons. 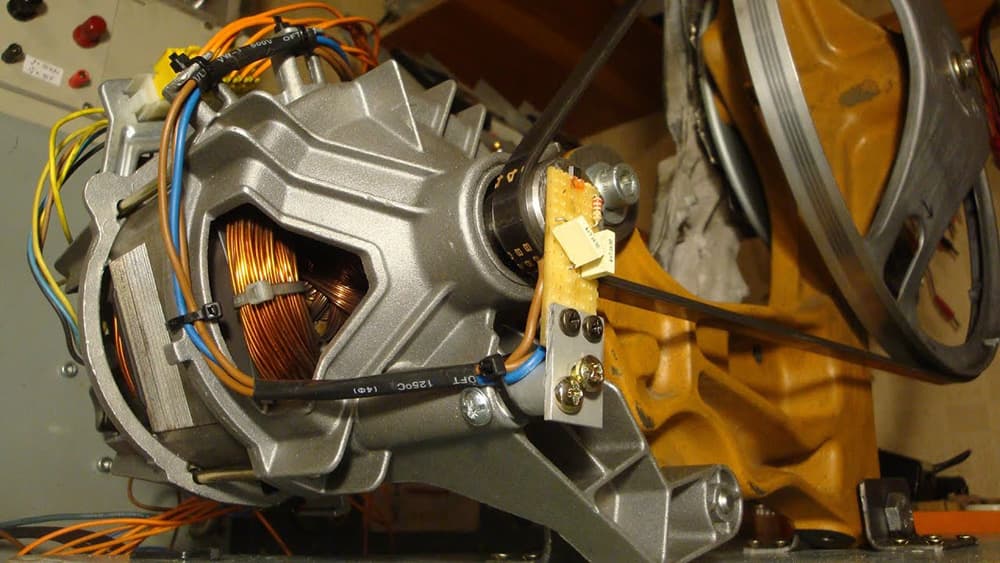 Some critical parts that involve the motor of your washer could be damaged. This is pretty much where it’s advised to stop any attempts for DIY repairs and use the services of a professional technician. From worn-out brushes and broken clutch assembly to malfunctioning motor coupling, there are lots of more serious reasons that keep the washer unit from spinning. This is why it’s time to consult a pro.