Tiny creatures that sting and bite us become monsters in our minds. They take us by surprise, feed off us, attack, cause pain and illness and sometimes maim or kill. Yet except for parasites that feed off mammal blood, most insects have zero interest in hurting humans.

The stings and bites are most usually the result of human beings looking for a fight. Ants, wasps and hornets can get savage when their hills and hives are threatened. Worse, they start releasing chemicals called pheromones that bring their fellow insects into the fight.

Some look pretty and cute as only nature can make them and yet can be nasty when touched, like the Caterpillar Slug Moth. Others, like the Assassin Bug, will plant bloodsucking kisses around your mouth when you sleep.

Here is a quick look into 11 insects that sting or bite. 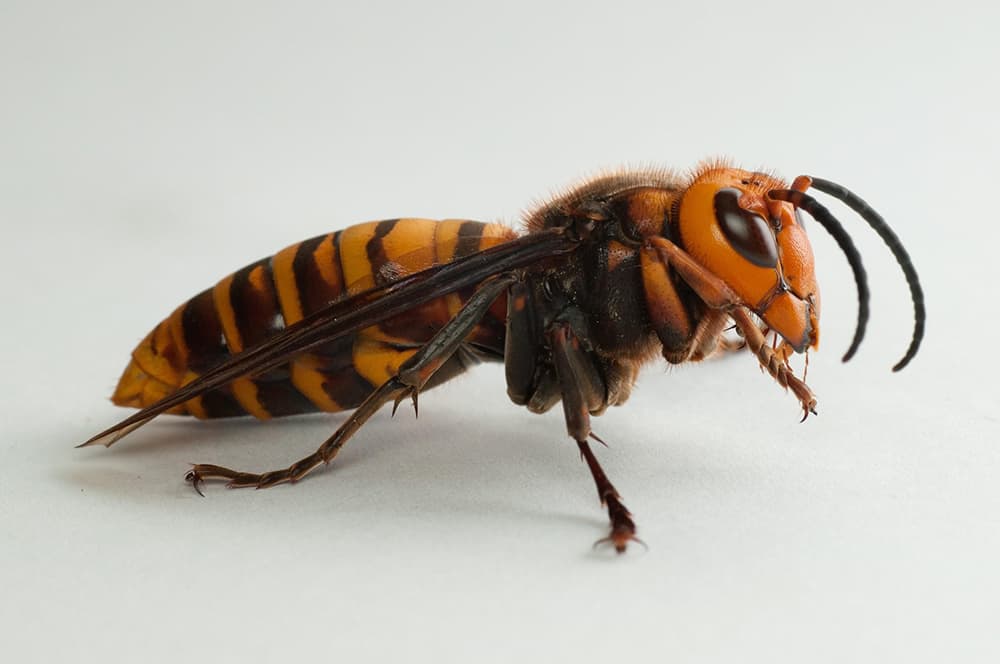 You’d expect that an Asian Giant Hornets (Vespa mandarinia) would be found around Asia, right? Wrong. In late 2019, they were sighted twice in North America, once in British Columbia, Canada, and the other time in Washington state.


There’s a reason why these hornets, known to be the world’s largest at 1.5-2 inches, are known as ‘murder hornets’. Their sting has been described as similar to having a hot nail driven into the leg. The stinger, about 6 mm long and strong enough to pierce thick outerwear, injects a potent neurotoxin called mandarotoxin. Japanese scientists report that in some cases the hornet seems to be able to spray the toxin into a person’s eyes.

The good news is that a single sting might cause you a lot of agony but will not kill you. The Chinese advise seeing a doctor if you are stung by more than 10 hornets. The better news is that hornets don’t really care much for humans. The ones who get stung are usually the ones who get in the hornet’s way. 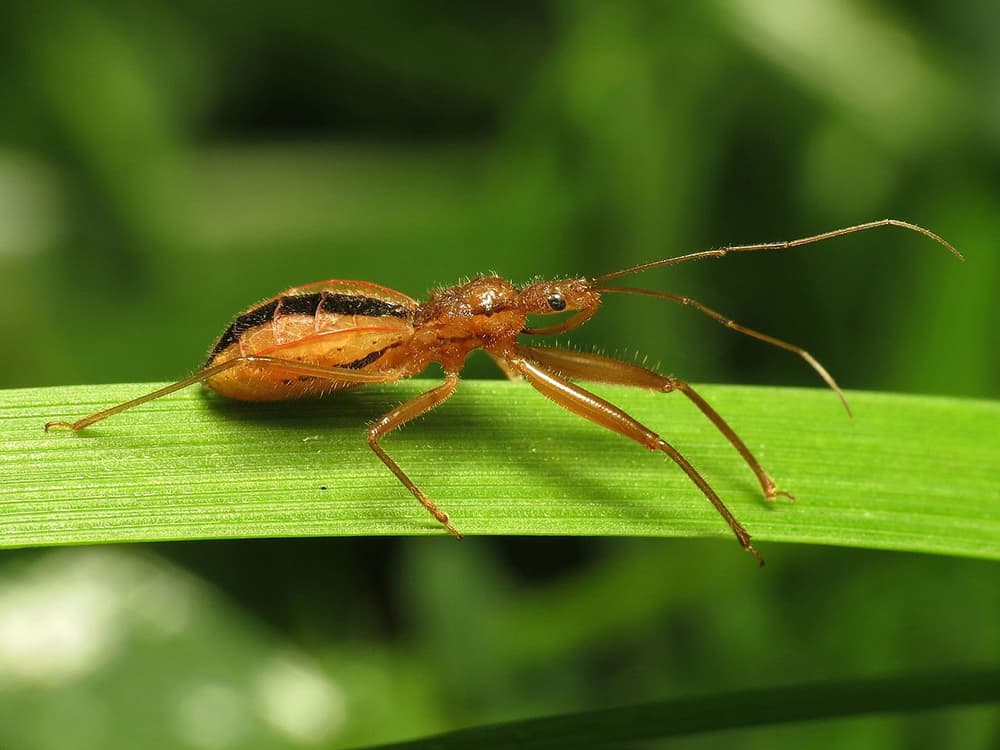 Only one of the 150 or so Assassin Bugs (Reduviidae) found in North America enjoys feeding off humans and other mammals. Its commoner name, the Kissing Bug, comes from its habit of planting two to 15 bites in the soft areas around your lips and cheek when you sleep. You won’t feel a thing, thanks to an anesthetic in the insect’s saliva, though next morning, you might see a cluster of pinprick bites where the bugs sucked your blood.

Then the Kissing Bug gets truly gross. It decides to take a dump right where it sucked your blood. If their poop, which contains the deadly Trypanosoma parasite, gets into your blood, you could develop symptoms of the Chagas disease.

Fortunately most Assassin Bugs focus on other insects such as bugs, bees, flies and caterpillars. This might explain why most gardeners consider the Assassin Bug a useful little critter to have around. 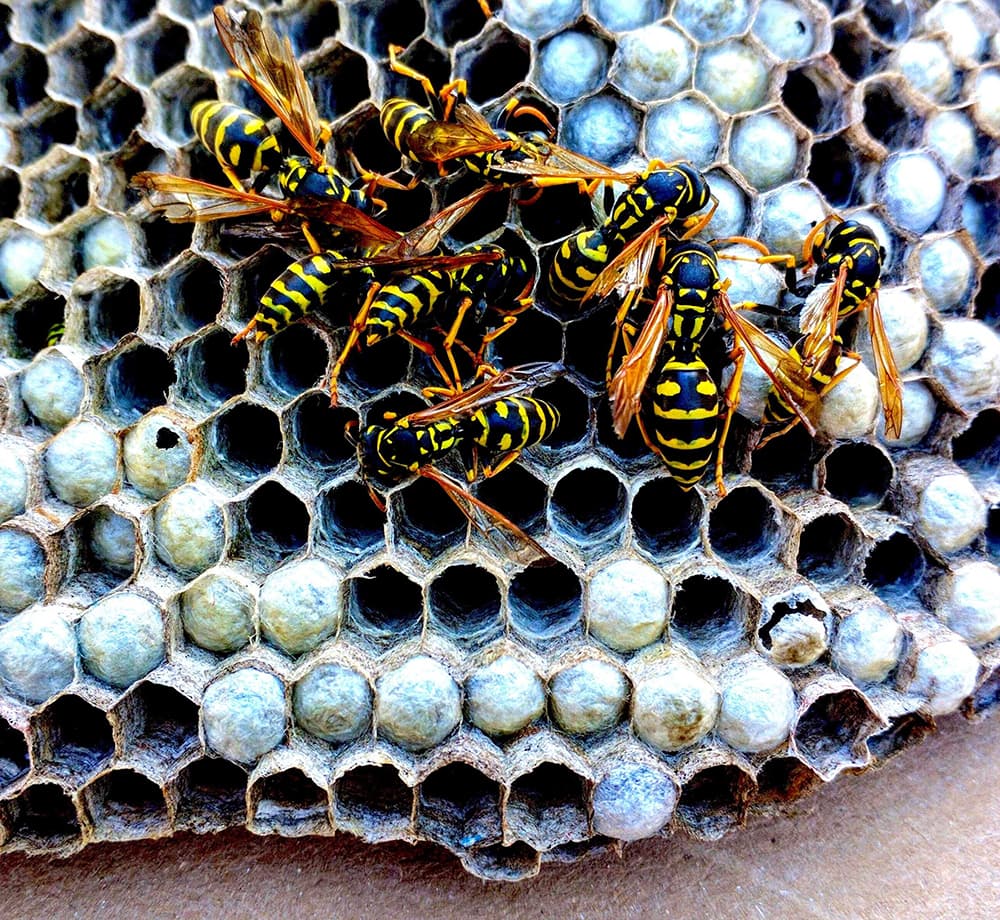 Never bug a Paper Wasp (Polistineae). If a swarm of them are attacking you, don’t wave your arms about and try to swat them with your newspaper. Like human beings, Paper Wasps get annoyed easily — and then they’re just no fun to have around. They release chemicals called pheromones that signal other Paper Wasps to join the party. In no time, you’re going to feel like a human pincushion.


Paper Wasps sting repeatedly, leaving pinprick wounds with maybe a droplet of blood. But in no time the wounds will have swollen up and become puffy. Some people can have a severe allergic reaction and go into anaphylactic shock, which can be fatal. If you experience dizziness, fatigue, or have trouble breathing after being stung, go straight to the doctor.

About 22 species of Paper Wasps have been identified in the US, and about 300 worldwide. 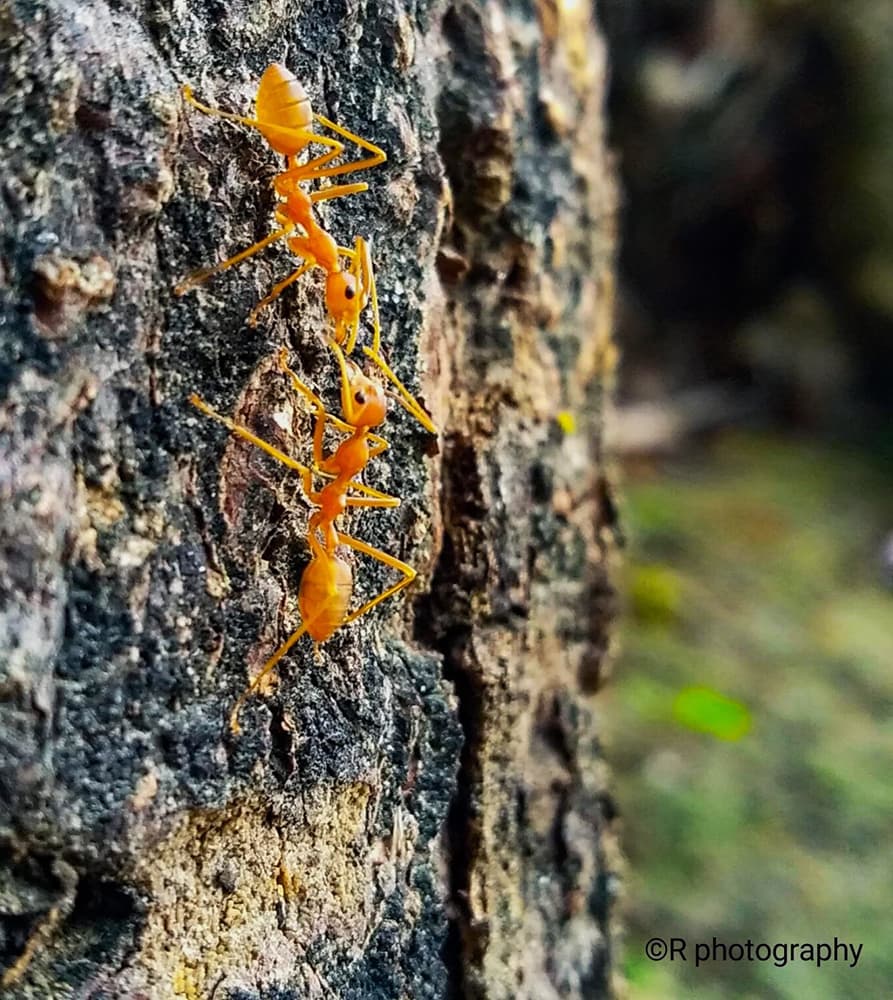 There was a time when you could only find Fire Ants (Solenopsis) in South America but those happy days are gone. Fire Ants have colonized the United States, Australia and other places. And they don’t just sting, they also destroy. Australia reckons Fire Ants costs their economy $45 billion in medical costs, veterinary bills, crop loss, and property damage. They say a calf born next to a Fire Ant hill is a dead calf.

In the US, at least 85 people die every year from anaphylactic shock caused by Fire Ant stings. The main poisons in the stings are oily alkaloids derived from piperidine. Intense pain and itching follow, and pustules develop that can give you grief for days to come.

Like Paper Wasps, Fire Ants release pheromones when they attack, which signals other Fire Ants to join the stinging party. A nice family picnic can turn within minutes into a day from hell. 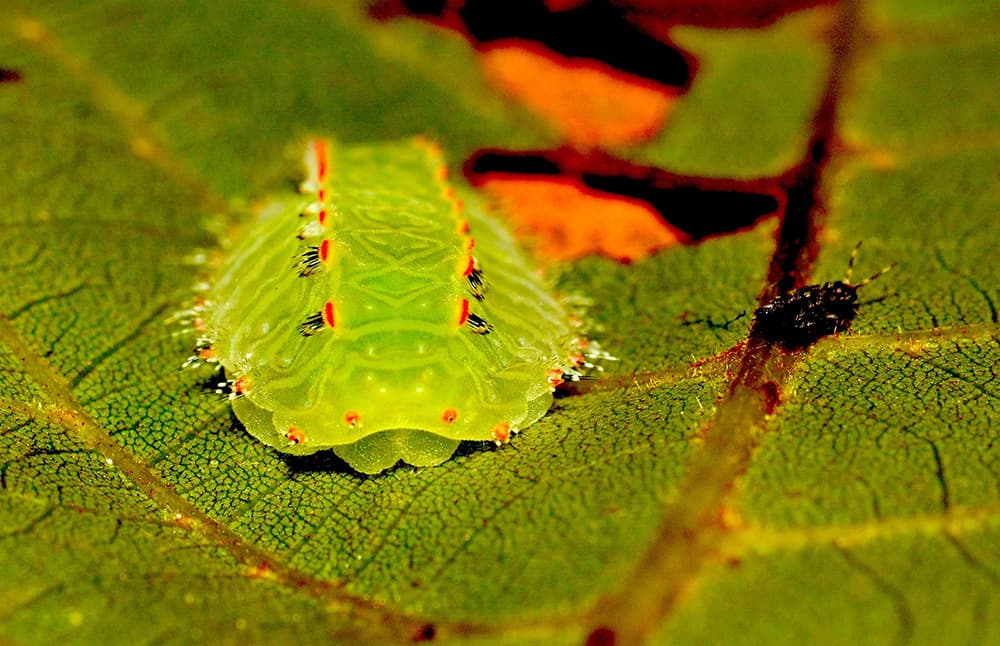 The Nason’s Slug (Natada nasoni) looks like a pretty green waddling saucer, with two rows of short red spines down its back and white spade-like tattoos between them. The spines, which are retractable, are actually poisonous stinging hairs. When this dude feels under threat, he sticks the spiny hairs out. They’re not lethal but they can ruin a man’s life.


As they did Sam Ballard’s in Australia. At 19, Sam was chilling with his buddies when a Nason’s Slug came crawling along. Taking up a dare, Sam ate the slug. His friends say he started screaming with pain, and fell into a 420-day coma after contracting eosinophilic encephalitis. When he came out of it, he was a paraplegic, paralyzed from the waist down. He died at age 29 after spending his life in a wheelchair. 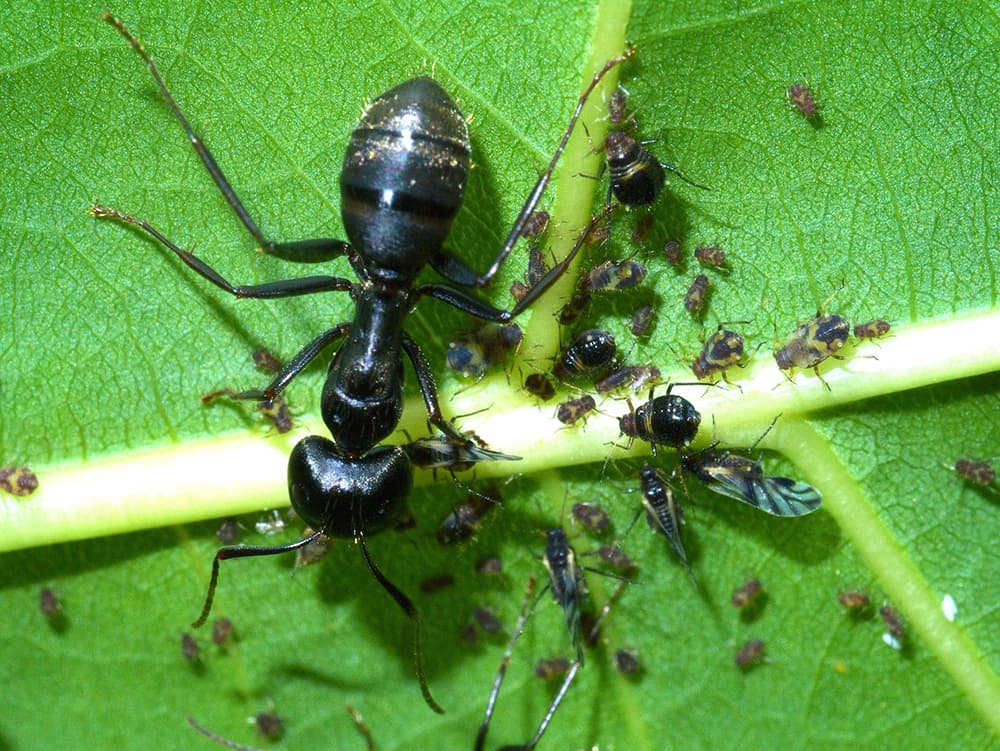 A good rule of thumb to follow is: leave the Black Carpenter (Camponotus pennsylvanicus) alone. They’re everywhere and they’re minding their own business and have no interest in biting you — unless you go looking for trouble. That can mean trying to pick up a Black Carpenter Ant, or trying to break up the cosy home they’re building right under your window.

When their home is attacked, these ants will become a formidable army. Their bite, which is neither lethal nor very painful, has been described as being like a really painful pinch. While biting, they spray formic acid over your skin, which intensifies the pain. When you attack an anthill, multiple the pain by a factor of 50 or 100. 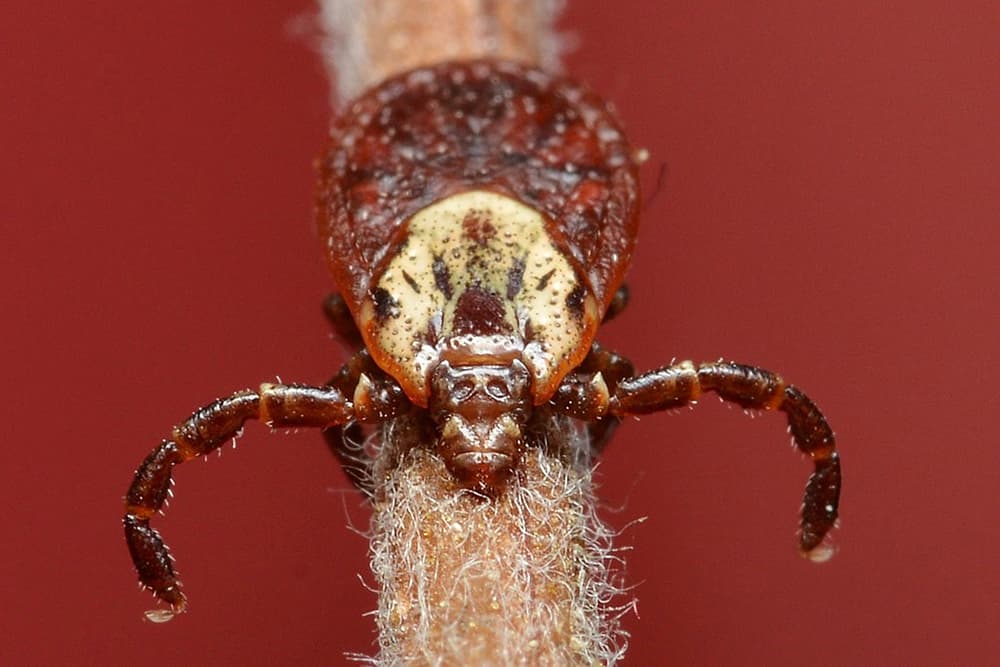 
Unfortunately the dog tick also carries the germs that cause Rocky Mountain Fever and tularemia in humans. It can take the tick from 10 minutes to 2 hours to set itself up to drain you but once it gets going, it can feed for several days without you feeling a thing. As it enjoys a quiet drink of you, it will also be passing disease-causing pathogens into your blood. If you get infected, you’ll start seeing symptoms of Rocky Mountain Fever or tularemia within five days.

A dog tick bite does not guarantee infection. Disease pathogens start getting transferred only after 6-8 hours of bloodsucking. 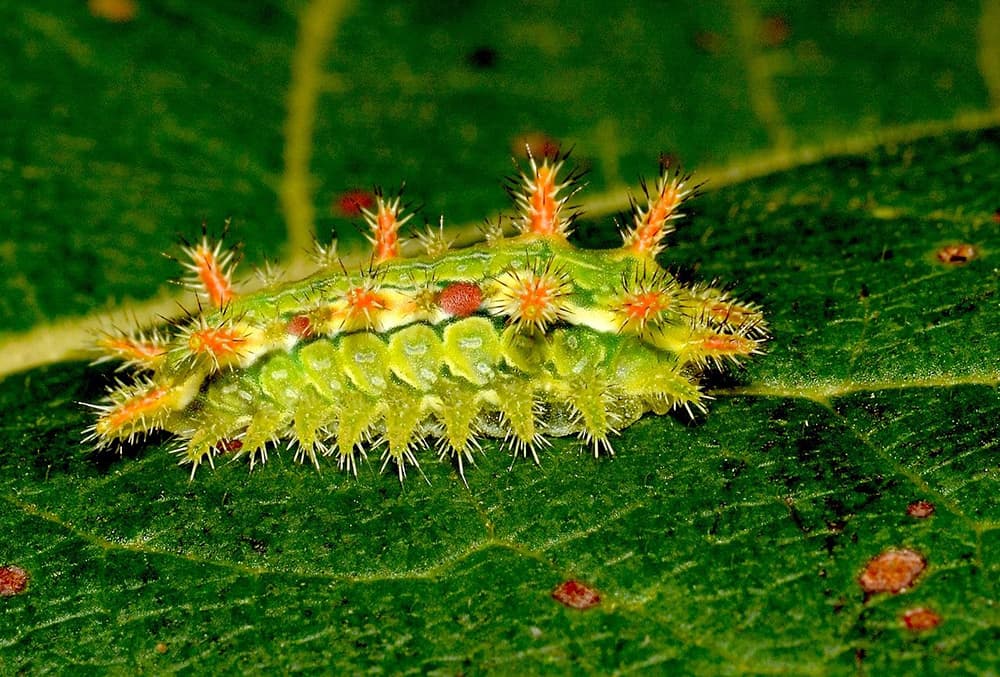 It might look like an entrée dreamed up by some over-imaginative chef. But don’t make the mistake of trying to pick one of these hairy Slug Caterpillar Moths (Limacodidae). Slug and caterpillar at the same time? Technically they are caterpillars but they and look and move like slugs. Unlike caterpillars, they have suckers under their abdomens, which let them move about with a gliding motion.

Because they move so slowly, they developed poisonous stinging hairs and bright colors to warn off predators. What if you’re walking through the woods and find one of these critters on your shirt? Do not pick it off with your hand because that’s how you get stung. Find a twig or stick and gently pry the sluggerpillar off. Oh, okay, slug then. 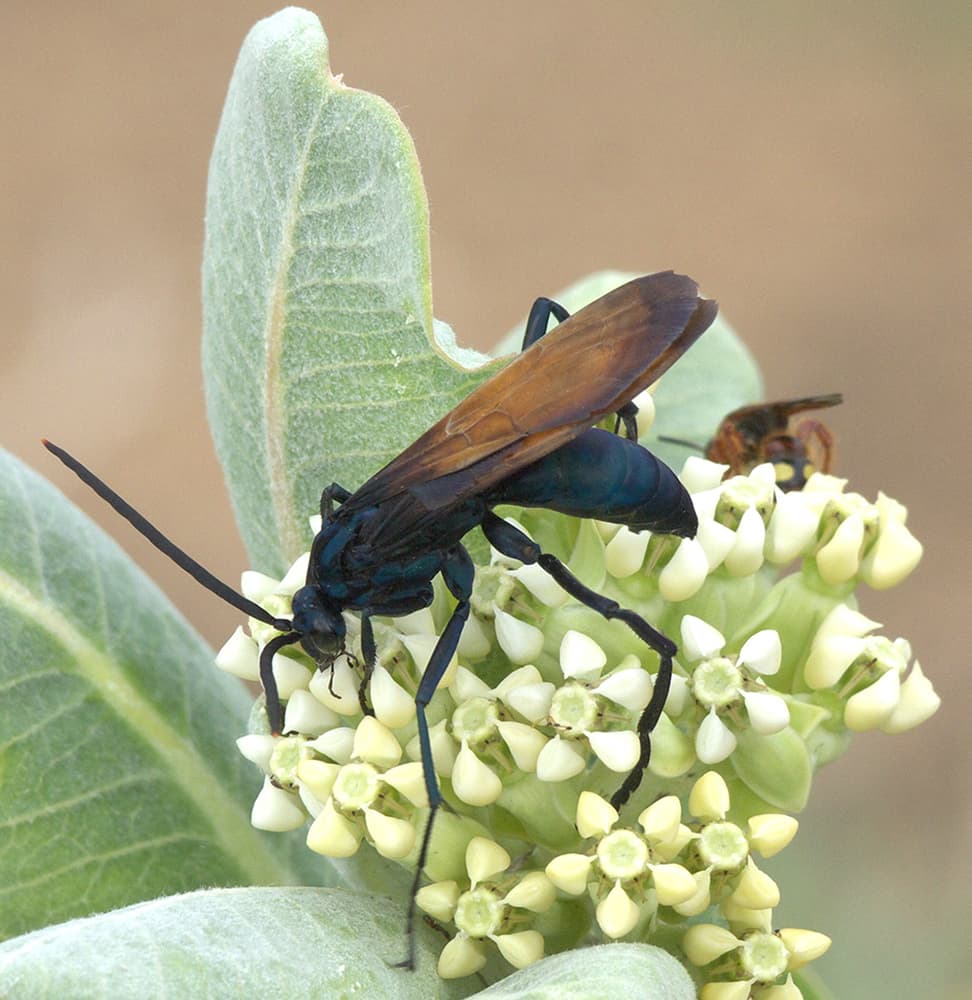 The Tarantula Hawk (Pepsini) is neither a hawk nor a spider, but one of the largest wasps on the planet, growing as long as two inches. Its stinger is a quarter inch long and has been described as one of the most painful stings in the world, second only to the Bullet Ant, and rated on top of the Schmidt Sting Pain Index. “Immediate, excruciating, unrelenting pain that simply shuts down your ability to do anything except scream,” was how one researcher described it. The good news is that the intense pain lasts only a few minutes.


It gets its name from its favorite target, the Tarantula Spider, an insect that’s eight times heavier. The two battle fiercely until the wasp stings the spider, paralyzing it. It then drags it into its burrow and lays an egg on it. When the young Tarantula Hawk hatches, it has a nutritious Tarantula Spider all ready to be eaten. 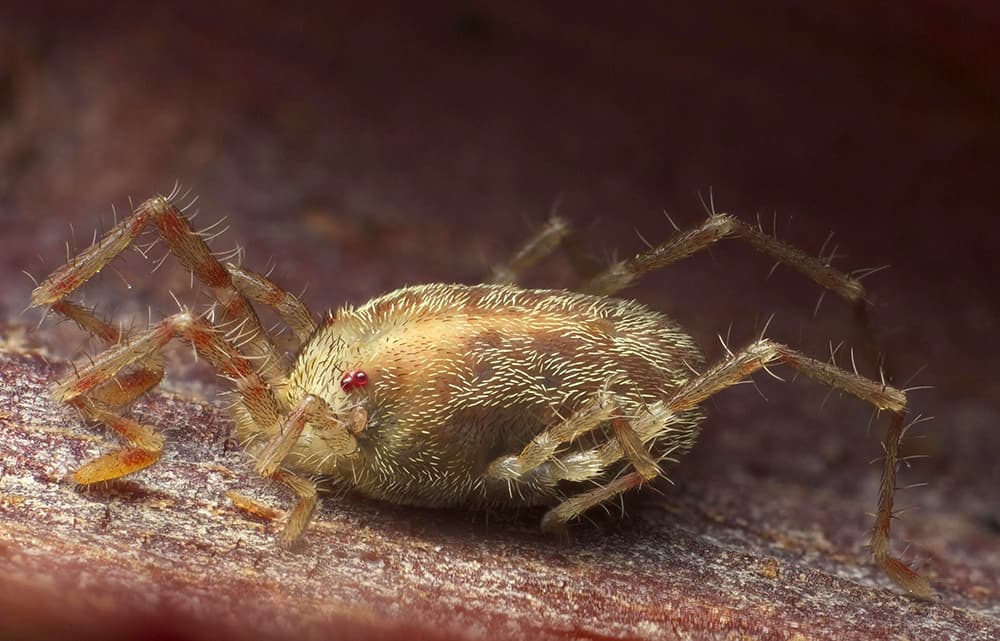 You’ll probably never see a Chigger (Trombiculidae) in your life. It’s a mere 1/60 of an inch in size. But this parasitic larvae is a biter and feeds on humans, rabbits, box turtles, quails and even some insects. They’re also known as berry bugs, harvest mites, red bugs and scrub-itch mites.

Once they crawl on to your skin, they sink their mouth part into your skin, chewing a hole through it to feed through. All you’ll see is a rash of painful pimple-like bumps. Once they’ve had their fill, they’ll drop off and mature into harmless nymphs.

Don’t mix them up with Jiggers, which are a kind of flea. 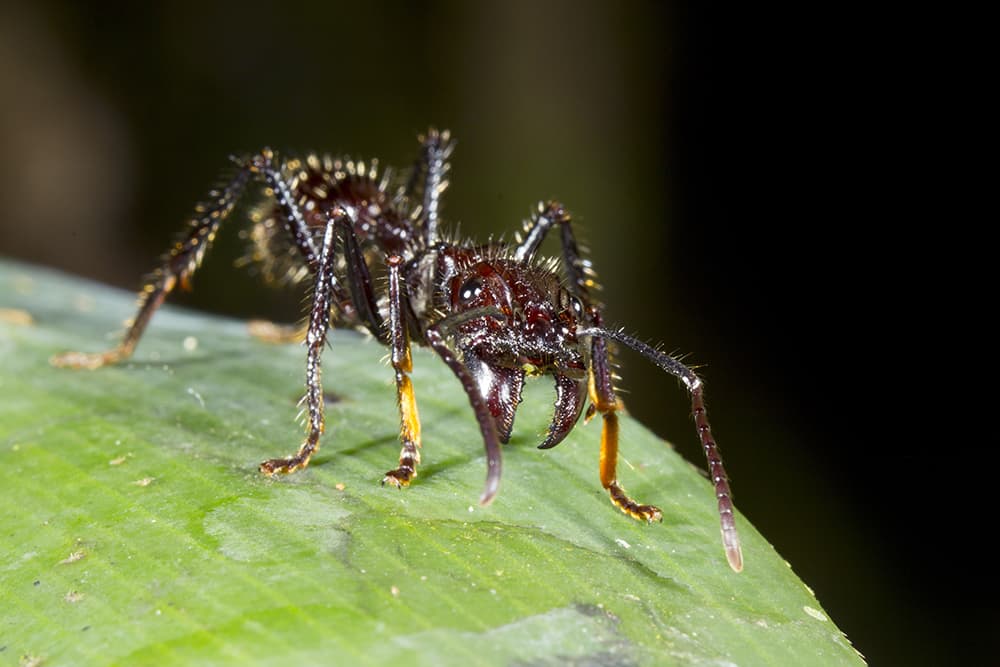 Here’s some helpful advice: don’t let a Bullet Ant (Paraponera clavata) bite you. It’s the worst pain known to man or beast, so bad that it rated a 4+ on the 4-point Schmidt Sting Pain Index. If one gets on to your skin, best of luck trying to get it off. Their feet are gooey so they’re likely to be clingy. When they sting, they inject a deadly neurotoxin called poneratoxin, which is what puts you in a world of pain.

The pain has been compared to walking over flaming coals with a three-inch rusty nail through your heel. Someone said it was like being shot with a bullet, giving the critter its common name.

The good news is that they keep to themselves in the forests of south and central America which is their habitat. Oh, and the pain seldom lasts more than 24 hours.