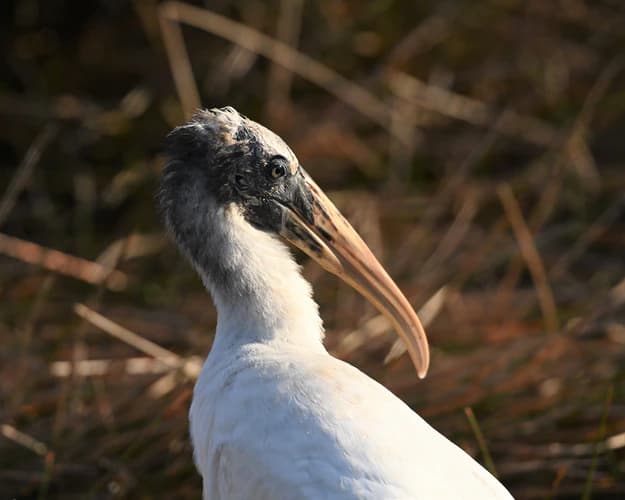 Are you looking for the best birds in South Carolina? With so many unique breeds, it is hard to make a final choice. We compiled a list of the impressive birds you can encounter in South Carolina, so make sure not to miss it! 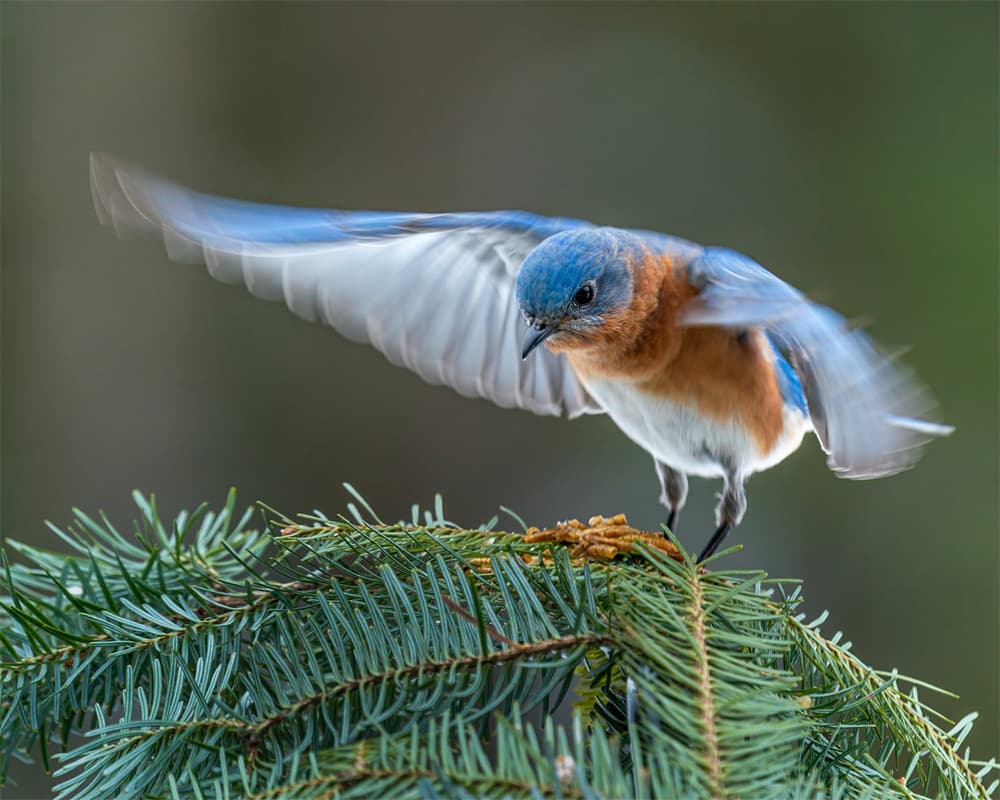 The Eastern Bluebird has blue and orange plumage and can be spotted in parks, fields, and suburban areas. They are omnivorous birds whose diet mainly consists of insects, caterpillars, and berries. Hence, keep in mind that they aren’t attracted to bird feeders with seeds. 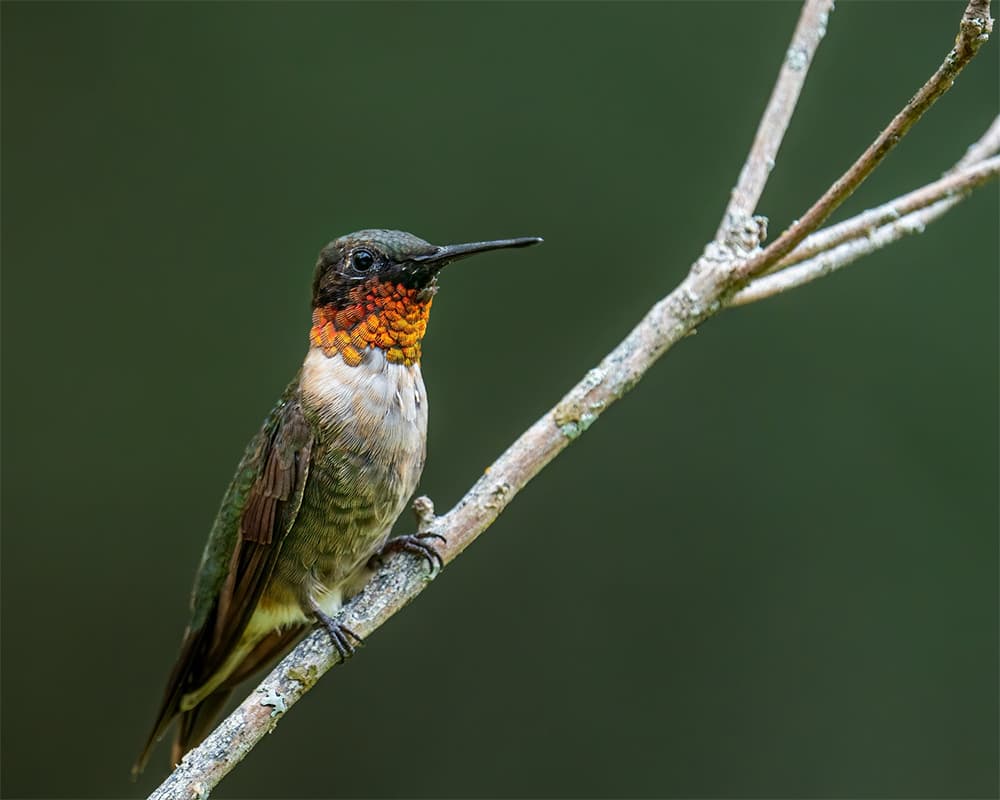 These birds are frequent yard visitors, and they don’t hesitate to check the hummingbird birdfeeders. You can notice them fluttering around the yard, looking to feed on sweet nectars from flowers or fruits. When the summer ends, these birds migrate towards Central America. 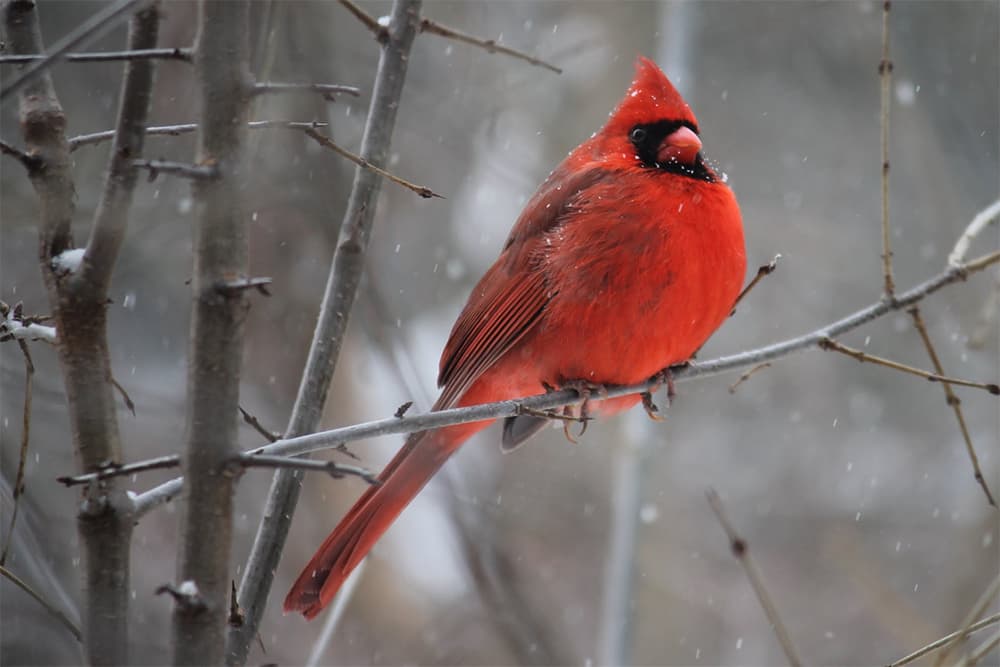 The Northern Cardinal will amaze you with its bold red plumage while munching on the nyjer seeds in your yard. While the male birds are red, females are pale brown with reddish accents. During summer, you can enjoy their sweet song in the morning. Knowing that this isn’t a migrating bird will amaze you with its appearance even through winter. 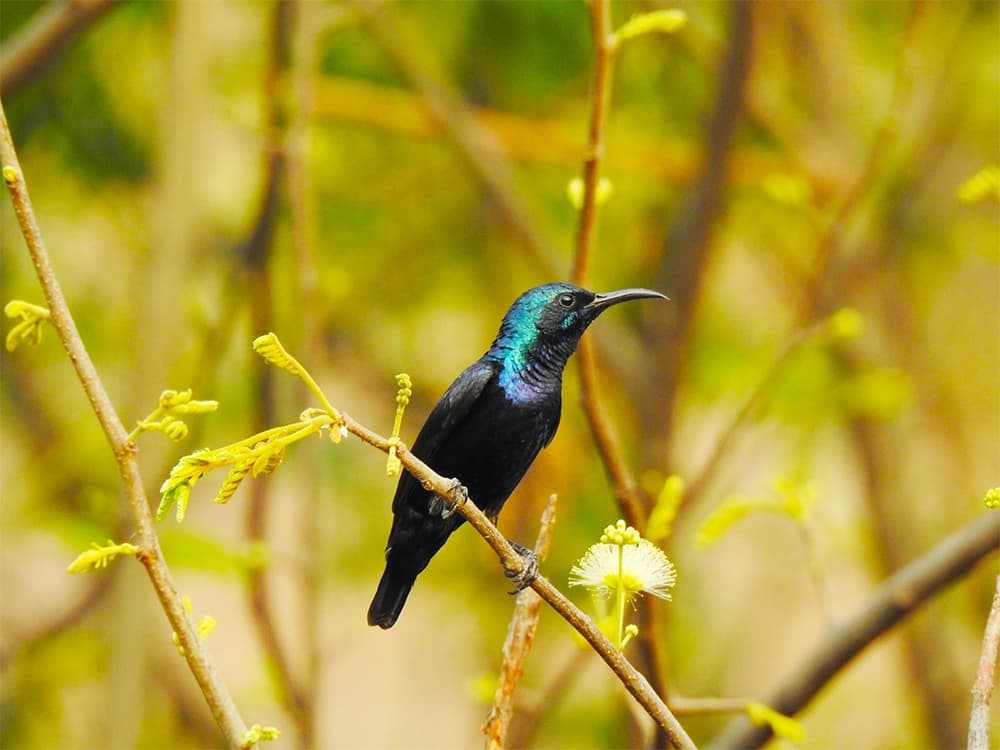 The male Purple Martin has dark plumage with a vivid iridescent sheen, which gives them a lovely blue and purple shine. On the other hand, females are gray with pale underparts. These gracious birds perform impressive aerial maneuvers to catch bugs, such as wasps, bees, and flying ants. When the time for migration comes, they gather in large flocks before heading south. 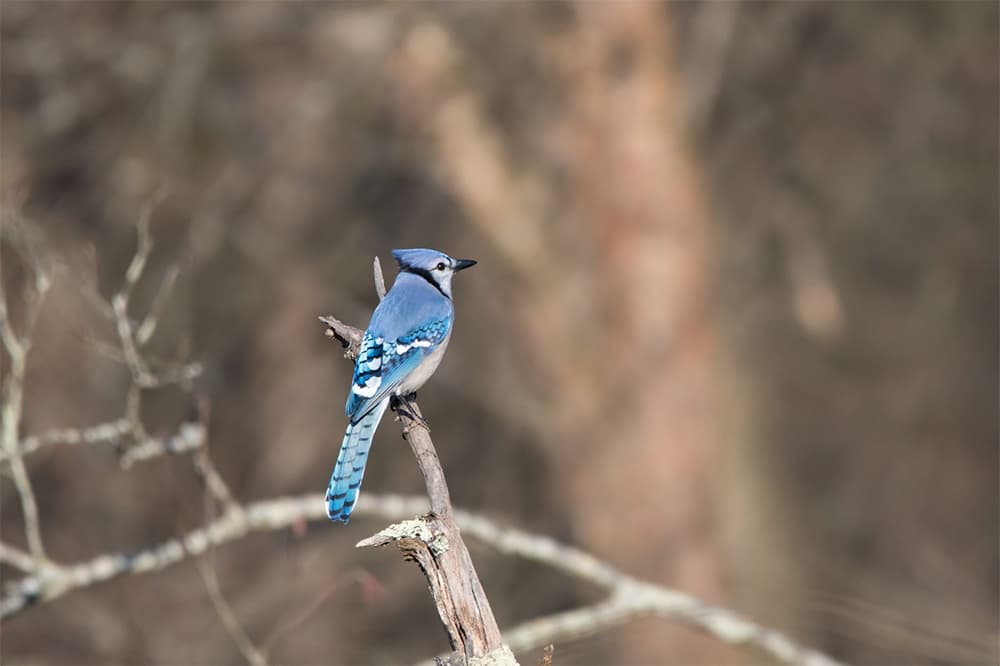 The Blue Jay can’t be mistaken with other birds, as it has distinctive blue plumage. These songbirds are beneficial for the ecosystem since they contribute to spreading oak trees. Widely known for their loud noises, they also send warnings to other birds to let them know a predator nearby. 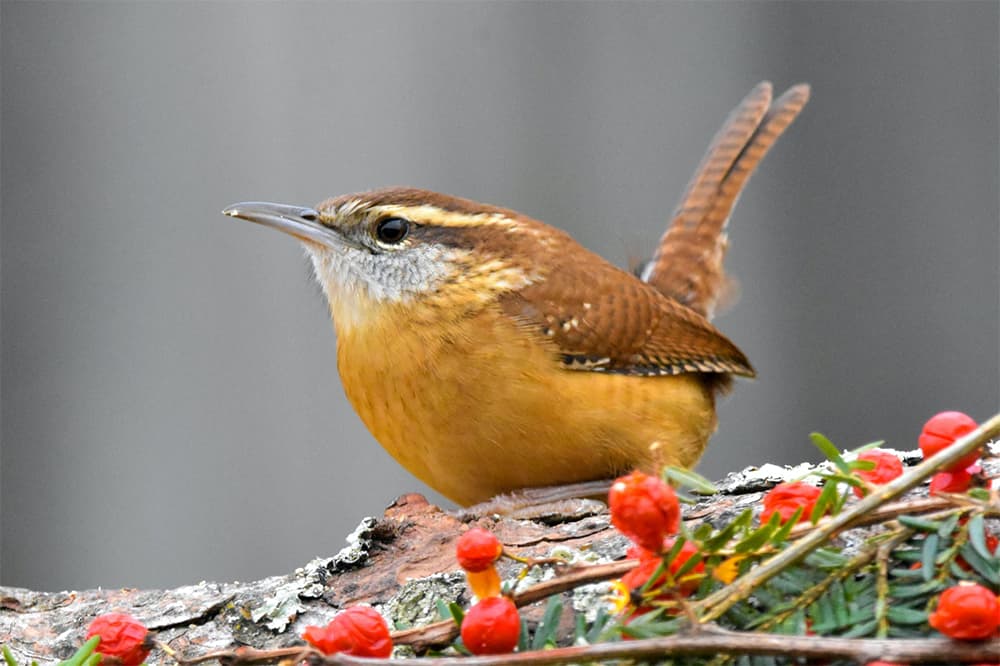 The Carolina Wren has cinnamon-brown plumage with pale orange underparts and a recognizable white stripe over the eyes. You can often spot wrens around yards and garages, looking for a nesting spot. This bird makes pitching noises, which are meant to scare away potential predators. 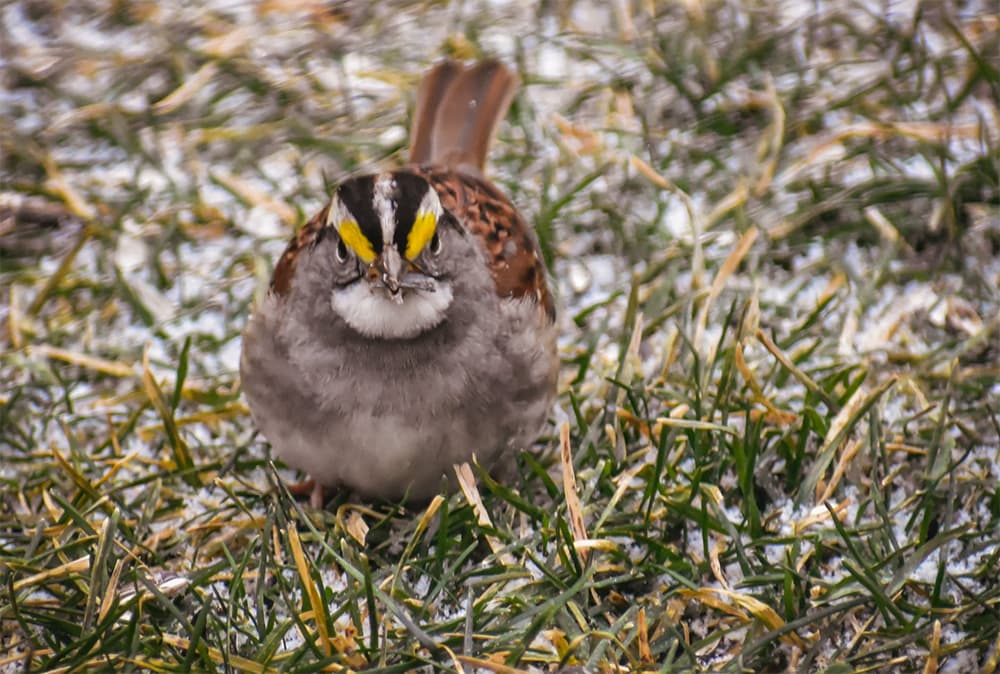 The white-throated sparrow has grey-brown plumage, with white on the neck and yellow above the bill. This sparrow breed can be found in the woods during the summer and in fields and parks during winter. They are frequent visitors in backyards, so don’t miss adding a bird feeder to attract them. 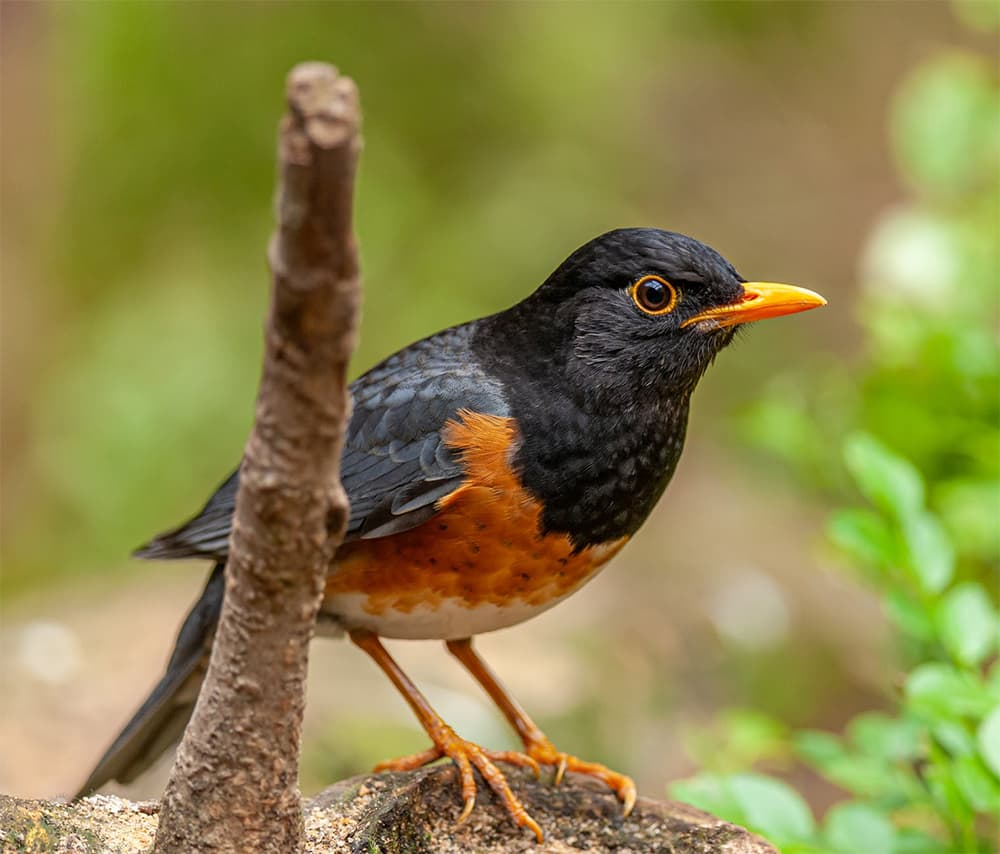 The American Robin is found in abundance across America and has a plump body, long tail, and long legs. It is recognized by the range breasts, black head, and grey plumage. Known for their amusing sounds, they feed on insects, fruits, and berries. 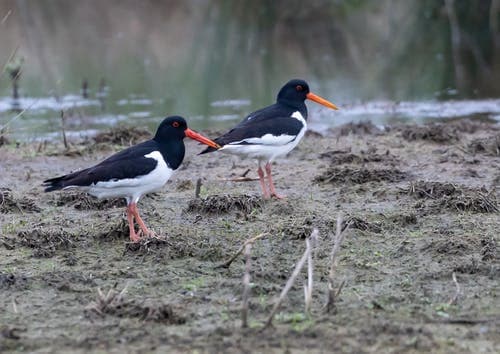 The American Oystercatcher has brown wings, black above, white breasts, and a vibrant orange bill. You will see them lurking around beaches, saltmarshes, and shellfish reefs, looking for oysters. In some cases, they might connect with a mate for life. 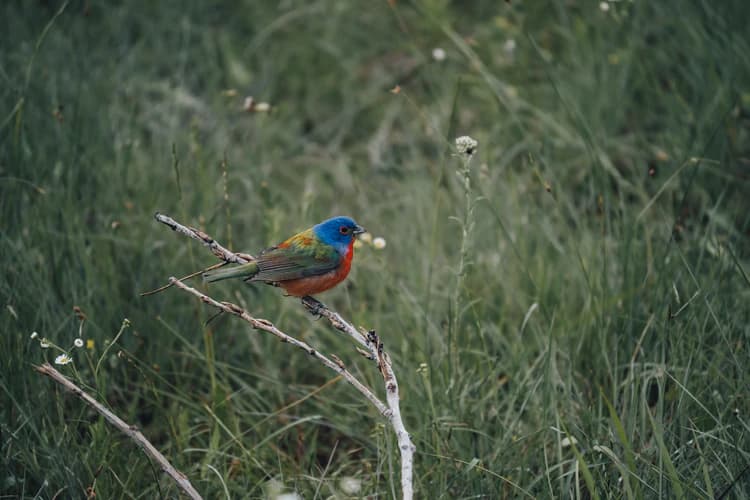 The Painted Bunting is a remarkable bird, with striking colorful plumage consisting of bright red, green, and blue. However, the female is different and has a pale yellow color. You can find them lurking around grass and bird feeders. 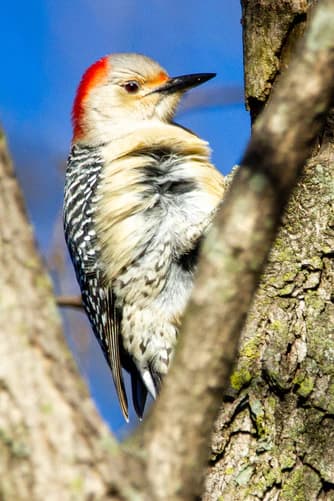 These woodpeckers are pretty noisy, but the males tend to call more often to attract females. Although they are named red-bellied, they have the characteristic red color on the head. Males have a bright red cap, black and white plumage, and a pale red underpart. They live in riverside woods and swamps, where you can hear their sound. 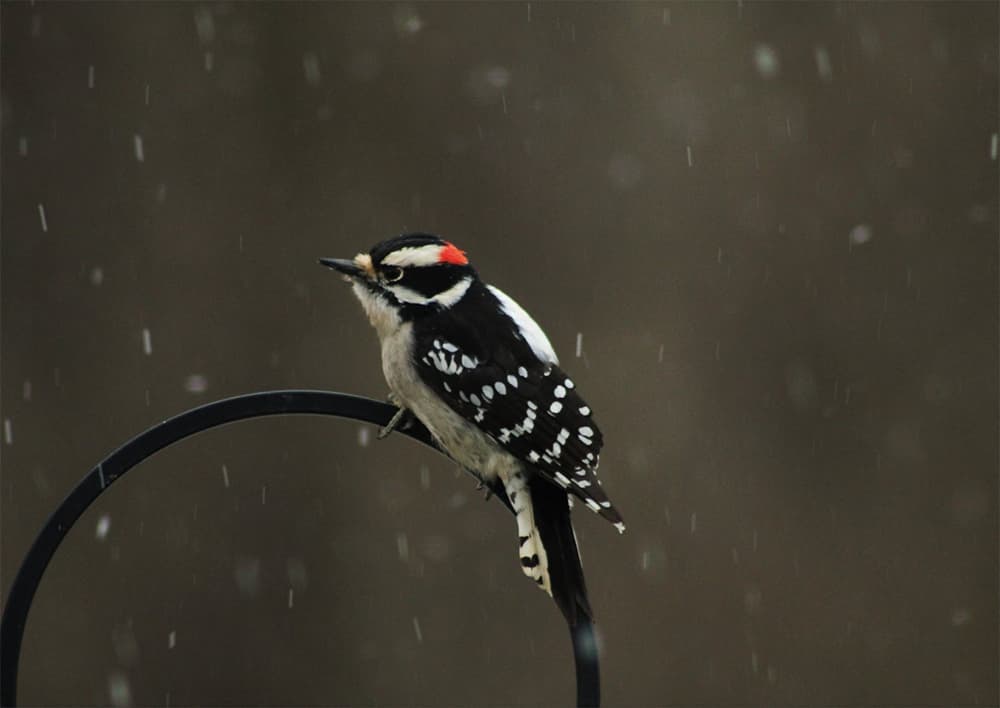 The Downy Woodpecker has black and white plumage, with a signature red patch on the head. In males, the patch is more prominent than in females. During the winter, they like to join mixed-species flocks or land on thin branches. 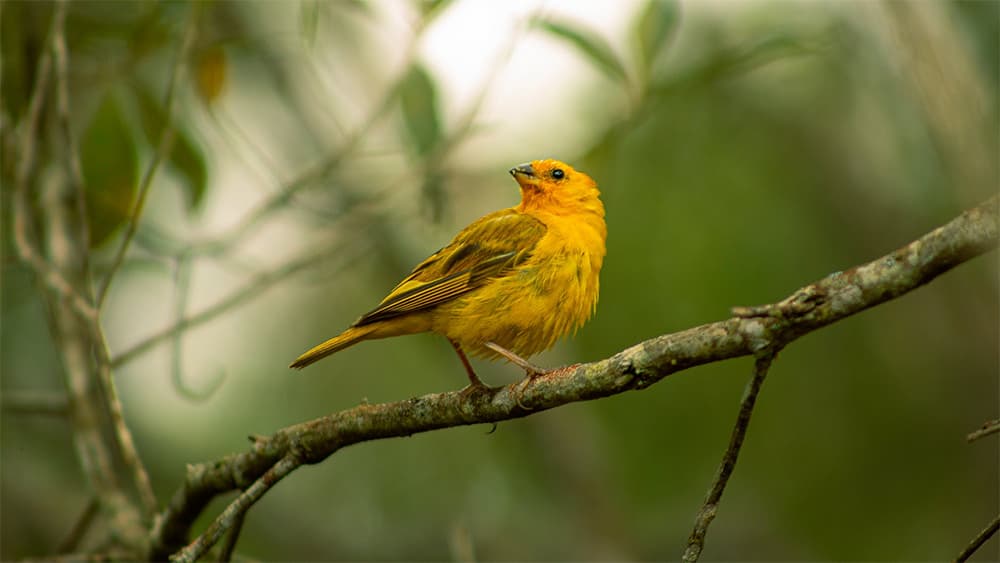 This fascinating songbird has olive-brown feathers, pale underparts, and a brown head. Both females and males have no remarkable differences in their appearance. You can recognize Swainson’s Warbler by its amusing musical song, which can be heard from a distance. 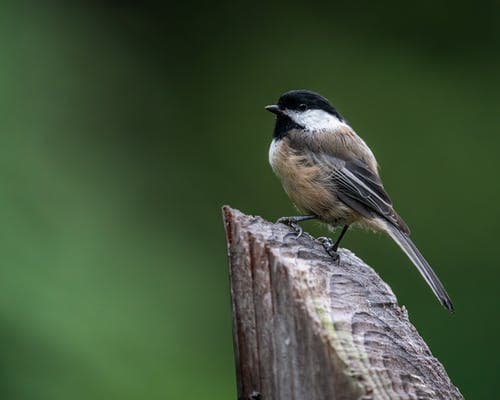 Carolina Chickadee has a black and white head, grey wings, and a light grey belly. While it isn’t a typical backyard visitor, you might spot it if you live in a suburban area. If you wish to try your luck, keep in mind that they eat insects, berries, and seeds. To attract them close to you, get a specially designed window bird feeder. 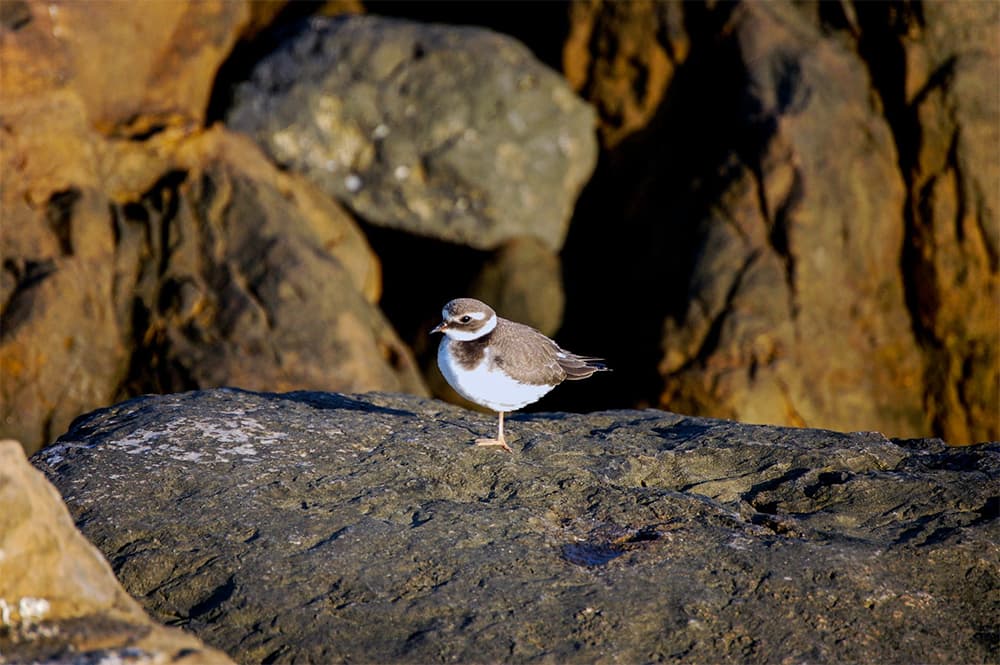 Wilson’s Plover is a medium-sized shorebird, which can be found on sandbars and sandy beaches. Its plumage is dark grey, with a plump body and white belly. Crabs are their favorite food, but they also consume marine worms and insects. They have an exciting hunting behavior, as they run after the prey and catch it with their sturdy beak.

The wood stork has a long beak and long legs, which give him superior hunting ability. The stork will submerge the opened bill in the water and close it within 25 milliseconds of spotting a fish. You can spot them within four counties in South Carolina, sneaking around the coastal areas. It can be recognized by the naked head and neck, which have grey color. 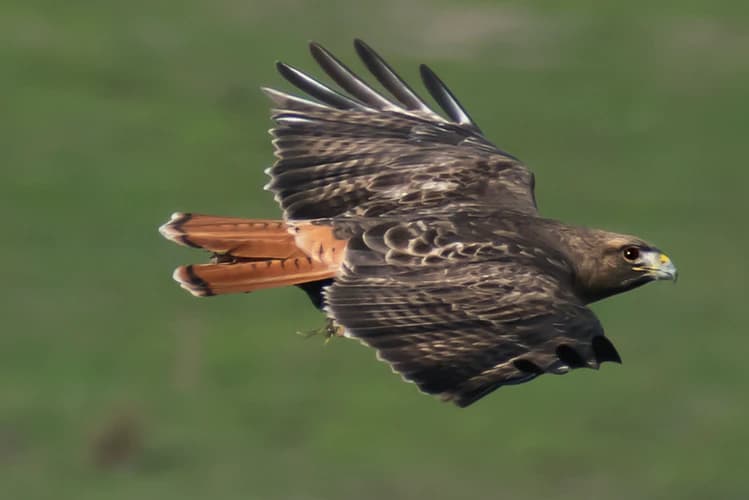 Swallow-tailed kite is a magnificent raptor that will amaze every birdwatcher with its black and white slender body. They usually nest in forested wetlands, swamps, and large rivers. The South Carolina Department of Natural Resources has listed this bird as an endangered species. 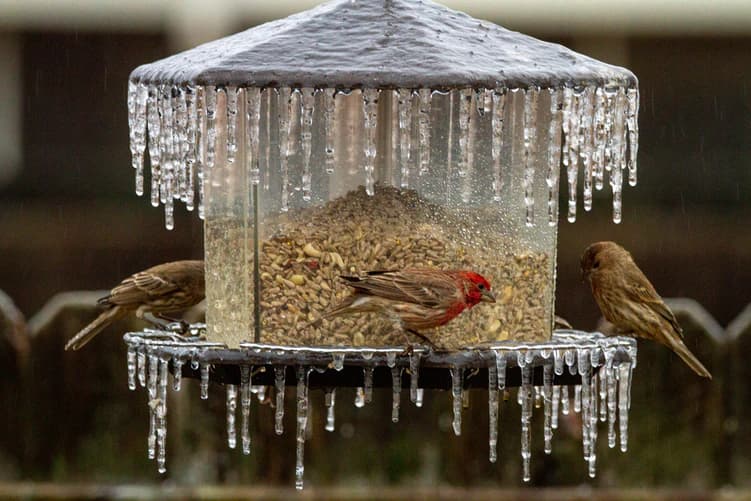 The male house finch is brown, with blushing red on its belly and forehead. You can spot these small finches in bushes, low trees, or resting on wires. They are known for being monogamous, so they start looking for their lifetime partner in winter. 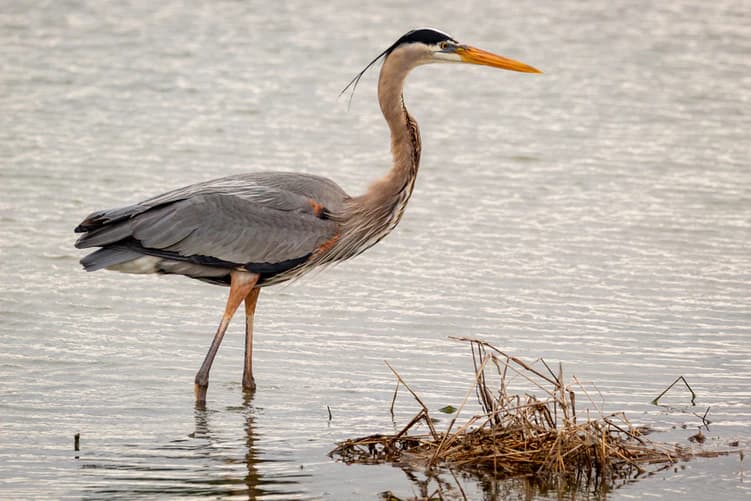 You can recognize this wonderful bird by the black stripe above the eye and the blue-gray color. In South Carolina, this bird can be found alongside wetlands, rivers, and lakes. It prefers to move slowly while looking for prey. 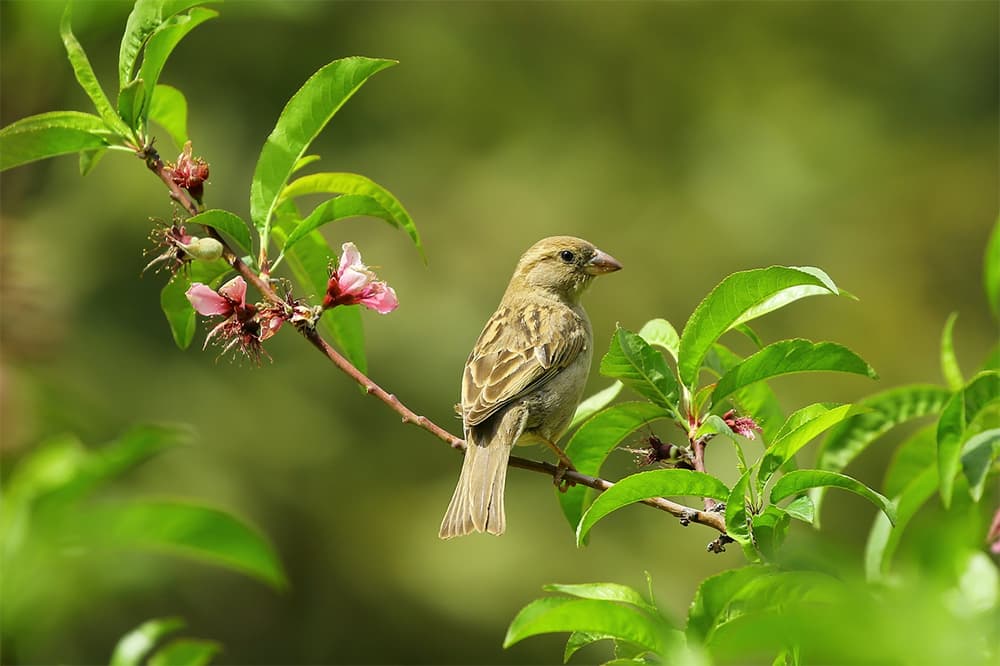 This sparrow breed is present though the whole year in South Carolina. They like to nest in vegetation, with pine forests as their habitat. Occasionally, they will fly up to the trees to surprise others with their whistling song.