Hawaii is the ultimate destination for bird lovers due to its unique climate that attracts the most beautiful winged beings you will ever see. With more than 350 species, finding all of them can be quite difficult. If you want a comprehensive introduction to Hawaii’s birds, you can check out this Field Guide by the American Birding Association. The Extinct Birds of Hawaii is also an interesting read if you want to learn more about the vanished unique birds in this area.

Without further ado, let’s check out the best birds in Hawaii. If you are planning a trip, don’t forget that you will need the appropriate equipment to fully enjoy this experience. For instance, the Gosky monocular comes with a convenient smartphone holder so that you won’t miss a thing. Let’s see why Hawaii is one of the best destinations for birders! 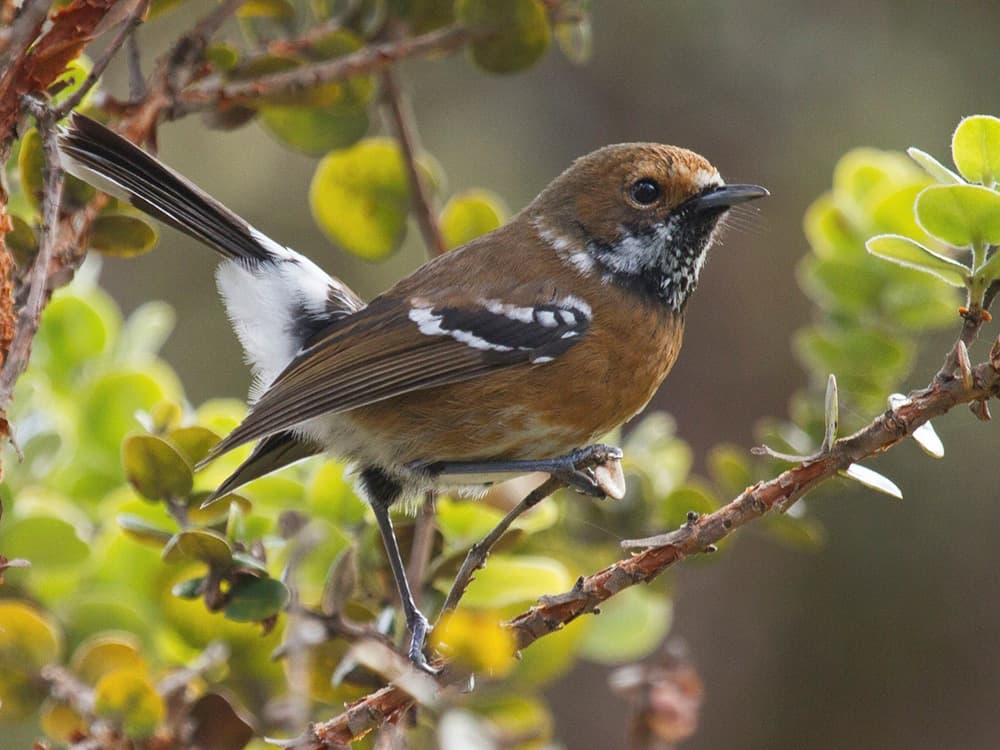 There are three main elepaio species in Hawaii. Above, you can see the Hawaiian elepaio that is often quite difficult to find because it loves to stay concealed in the woods. However, the bird is quite easy to recognize due to its distinguishable white marks on its wings and tail. The Hawaiian elepaio loves elevated forests, but it sometimes wanders around due to its inquisitive nature. 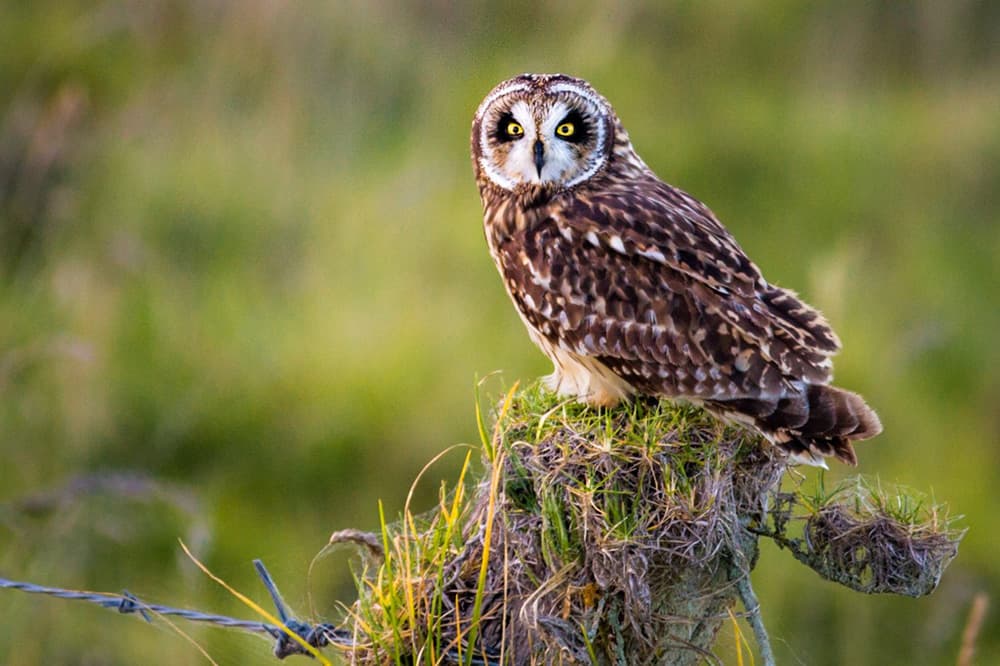 If you are a seasoned birdwatcher, you might enjoy the challenge of spotting the Hawaiian owl. Locally, it is called pueos, and you can find it roaming around pasture areas where they can spot their prey. The best time for looking for the Hawaiian owl is either dusk or dawn, but it might also hunt during the day. This usually happens when it needs to take care of its owlets. 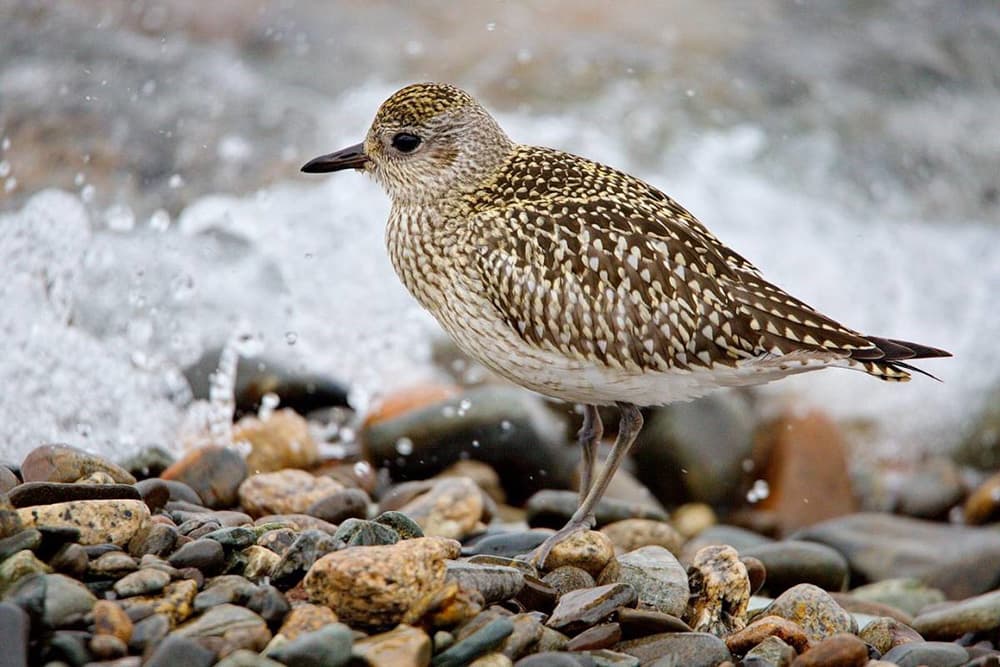 This migratory feathered beauty usually travels to south Asia or Australia during the winter, but some also end up in Hawaii and California. In Hawaii, people refer to this bird as kōlea. This is one of the most common birdies in Hawaii, right after the end of the breeding season, in August. They remain on the island state until May. 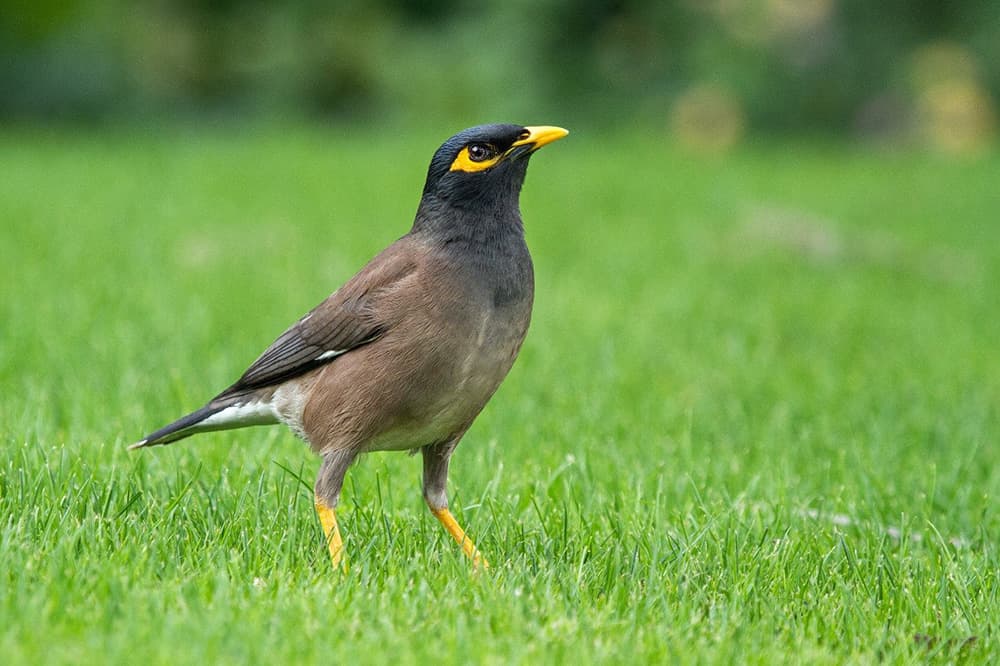 Amateur birdwatchers may start with the common myna. The bird was actually brought over from India in the second half of the 19th century. You can now find it nearly everywhere, ranging from gardens to parks and even suburban areas or cities. 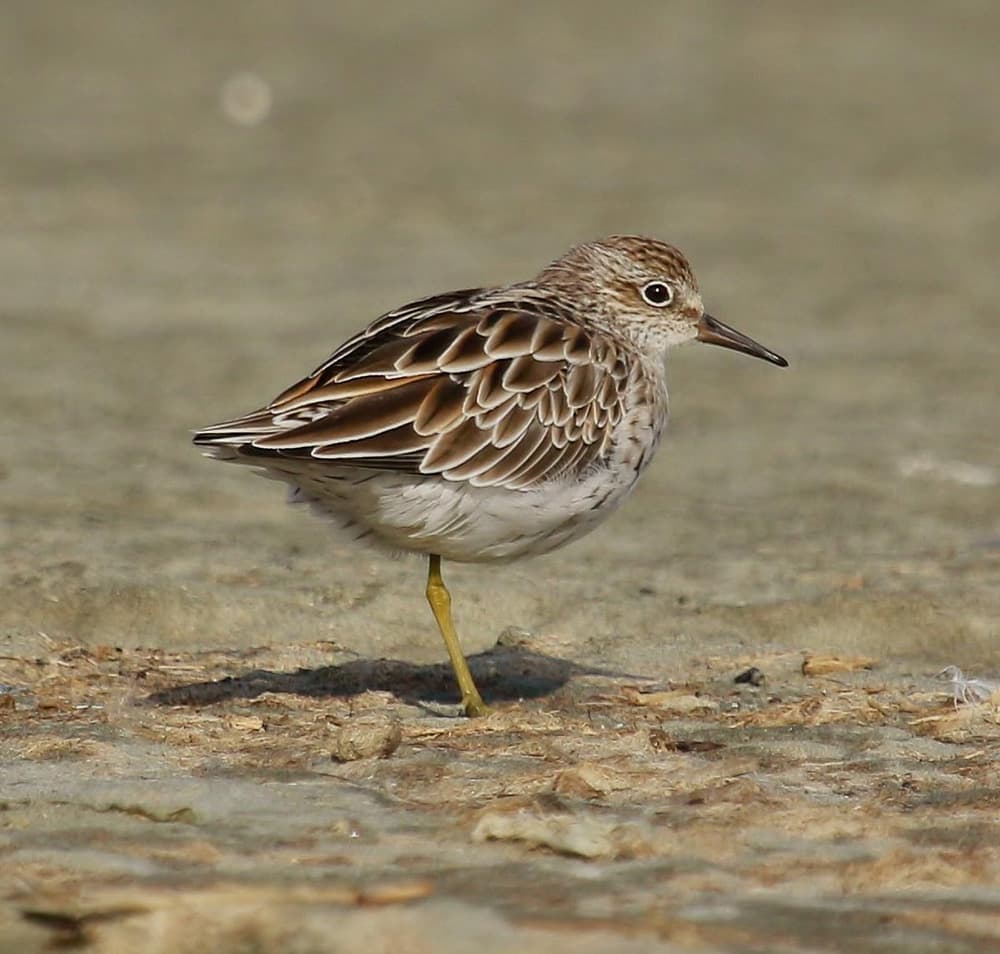 The fragile sharp-tailed sandpiper is also one of the easiest birds to spot on the islands. This is due to its distinctive pattern that covers its entire small body. The bird comes to Hawaii only to rest on its journey from Siberia, where it breeds, while on its way to spend the winter in Australia. The lovely sandpiper can be found around water – such as ponds, mudflats, and even beaches. 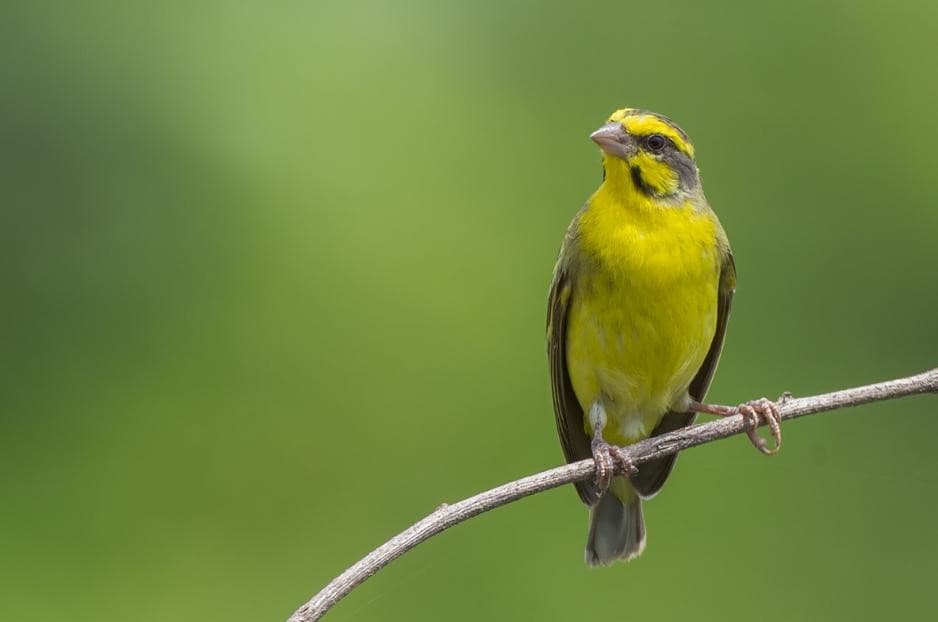 Although native to Africa, the yellow canary has been in Hawaii since the second half of the 20th century. When the bird looks straight at you, you can easily notice an X-shaped pattern on its face. The bird is very common to the Big Island and Oahu, or you can visit it at the Honolulu Zoo. These birds love insects and seeds, so it’s not uncommon to meet them at any feeding station. 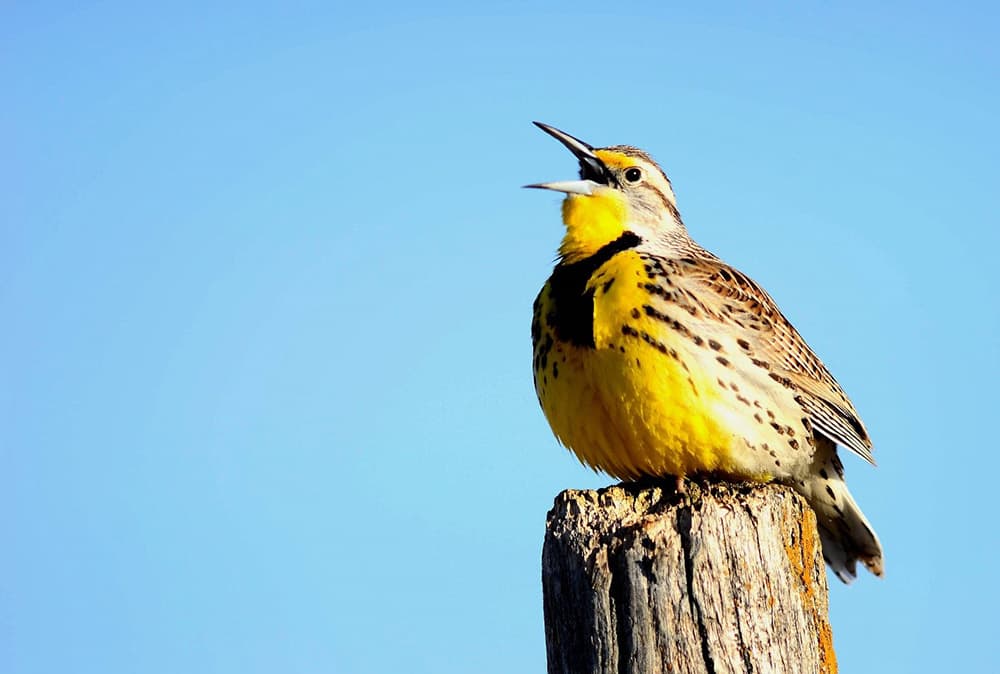 Another bird brought to Hawaii, this time from North America, the Western meadowlark is now a common bird you can find here. It is also relatively easy to spot due to its beautiful black collar and yellow chest. Although small, this bird has a beautiful, loud and joyful song that you can hear coming from a nearby perch. 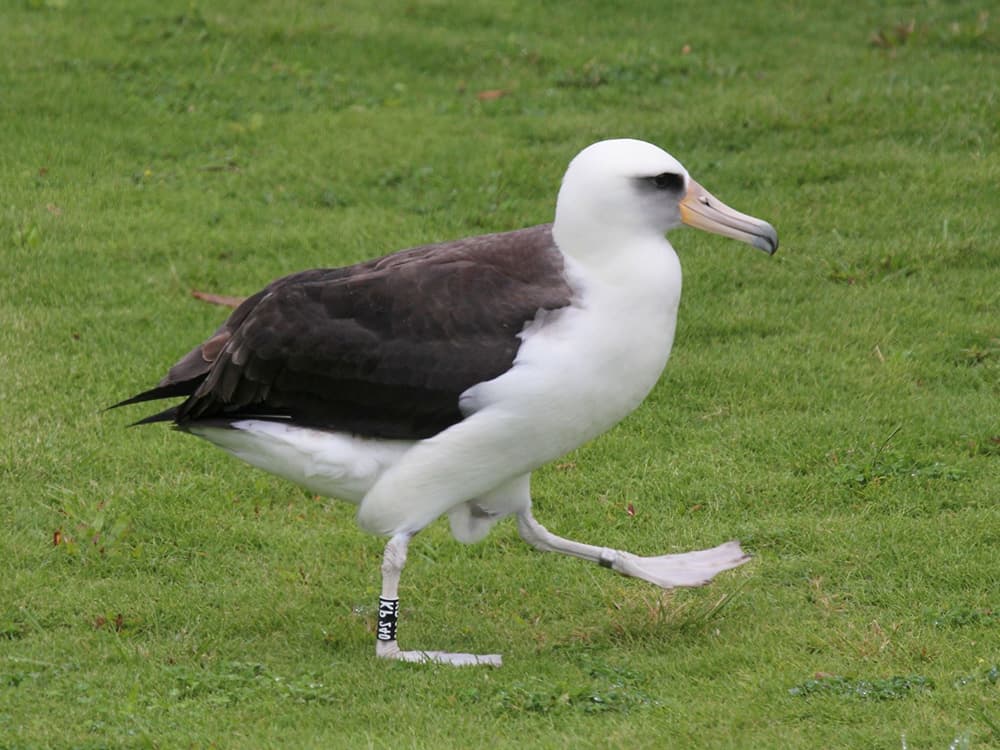 If you love seabirds, you cannot miss the Laysan albatross on your visit to Hawaii. It is easy to spot due to its wingspan that reaches an impressive 80-inch length. One interesting fact about this albatross is that it lives more than 66 years – one of the few in the world with such an impressive lifespan. 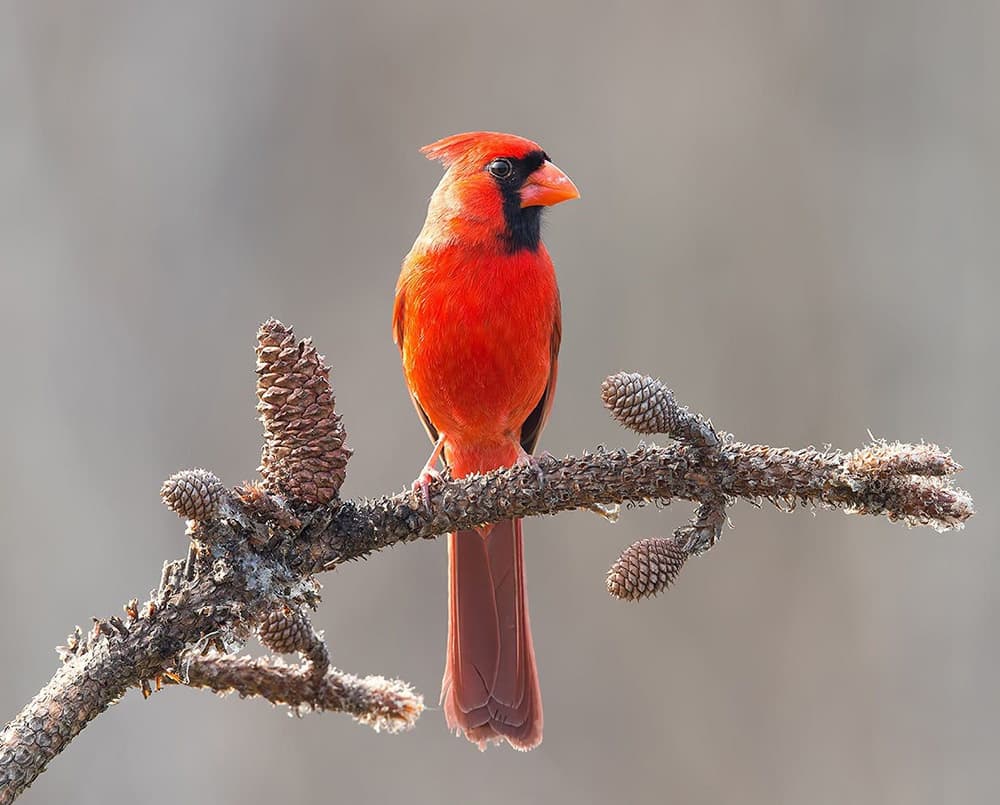 If you live in Canada or the eastern United States, you perhaps already know this cardinal as it loves feeders in yards and gardens. It was brought to Hawaii in the early 20th century, and you can now easily find it across all islands. Just like back home, the northern cardinals in Hawaii love feeders and are happily cheering up yards, along with many other native species. 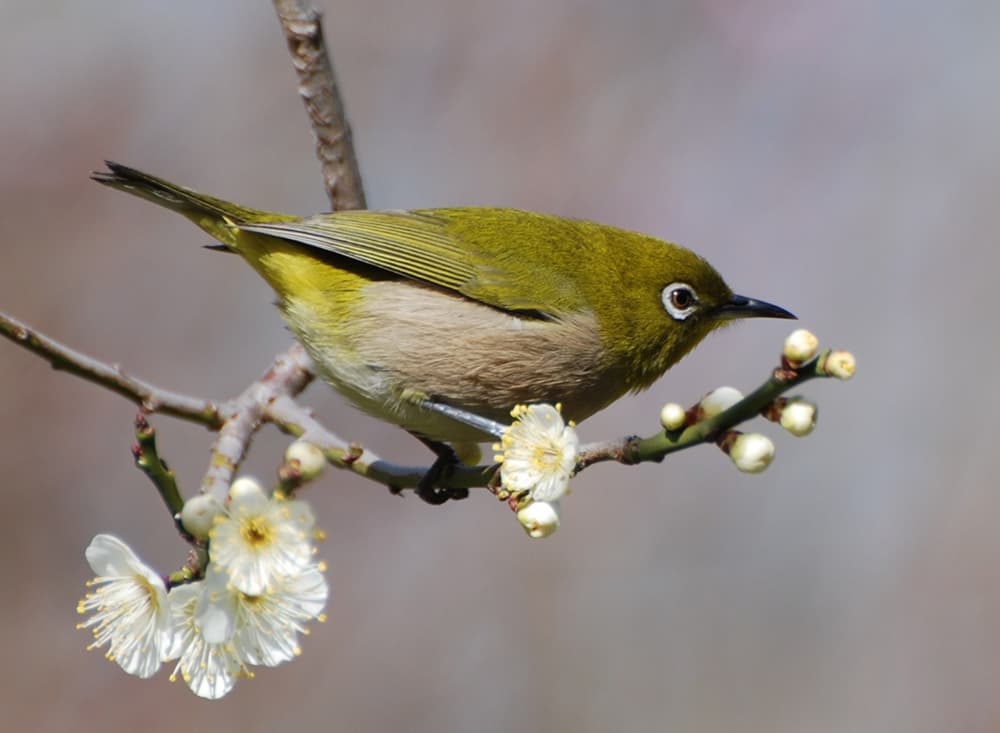 As the name suggests, this bird is native to Japan. It is now a common sight on the islands, along with cities and suburban regions. You can easily identify them as they usually fly in flocks and they are omnivorous. Simultaneously, the green plumage cannot be missed due to its beauty, while the white ring around its eyes is quite a distinguishable pattern. 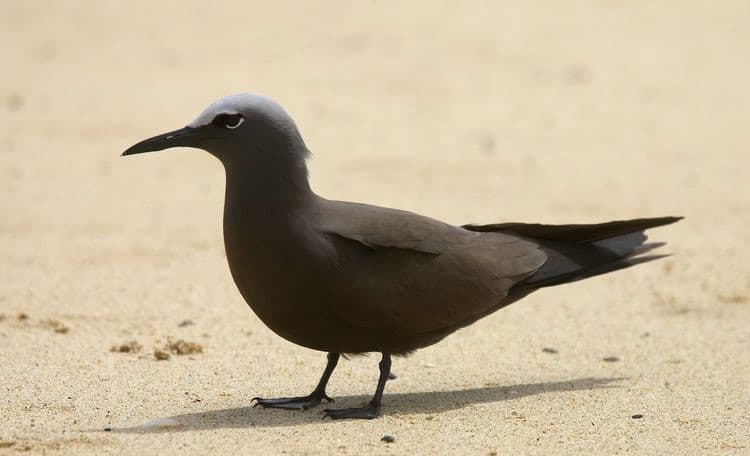 A smooth-looking, matte bird, this brown noddy can be spotted on the islands from the end of spring until the end of summer, in August. When you spot it flying, it has an impressive steadiness that helps you identify it quicker. If its legs are dark, then it is a brown noddy. Its close relative with orange legs and the same plumage is known as the Hawaiian noddy. 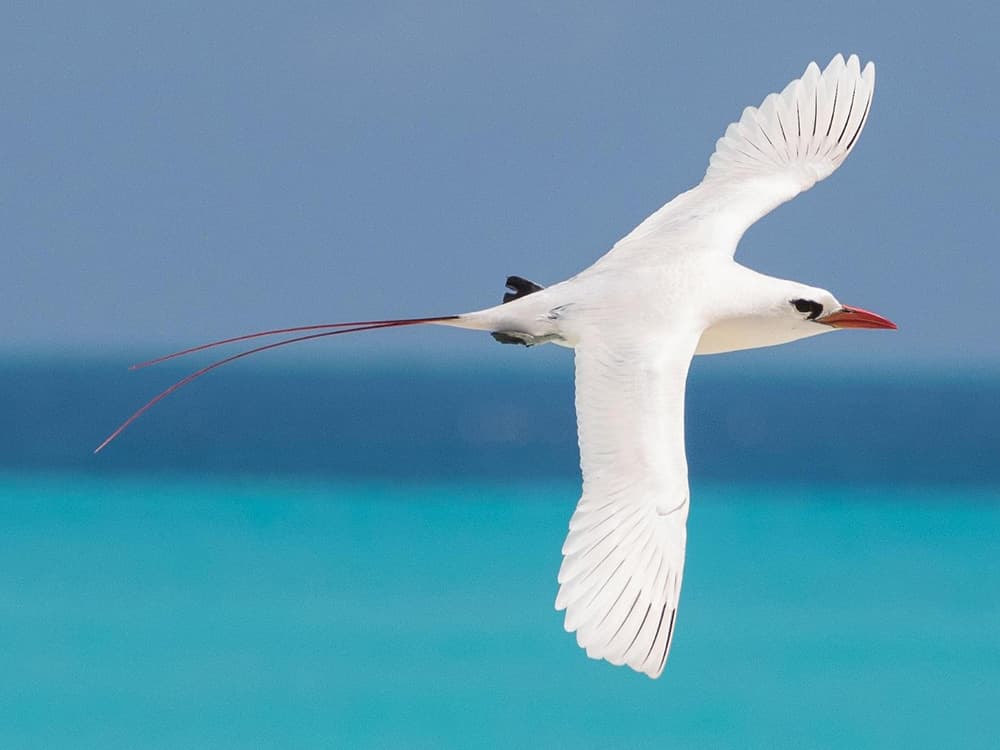 Seasoned and amateur birders alike should not miss this beautiful red-tailed tropicbird. It mates close to Hawaii, and it puts on quite a show when courting their partners, including diving, wheeling, and they even fly backward, hoping to make an impression. The bird is most commonly spotted around Oahu and Kauai. Close relatives include white-tailed and red-billed tropicbirds. 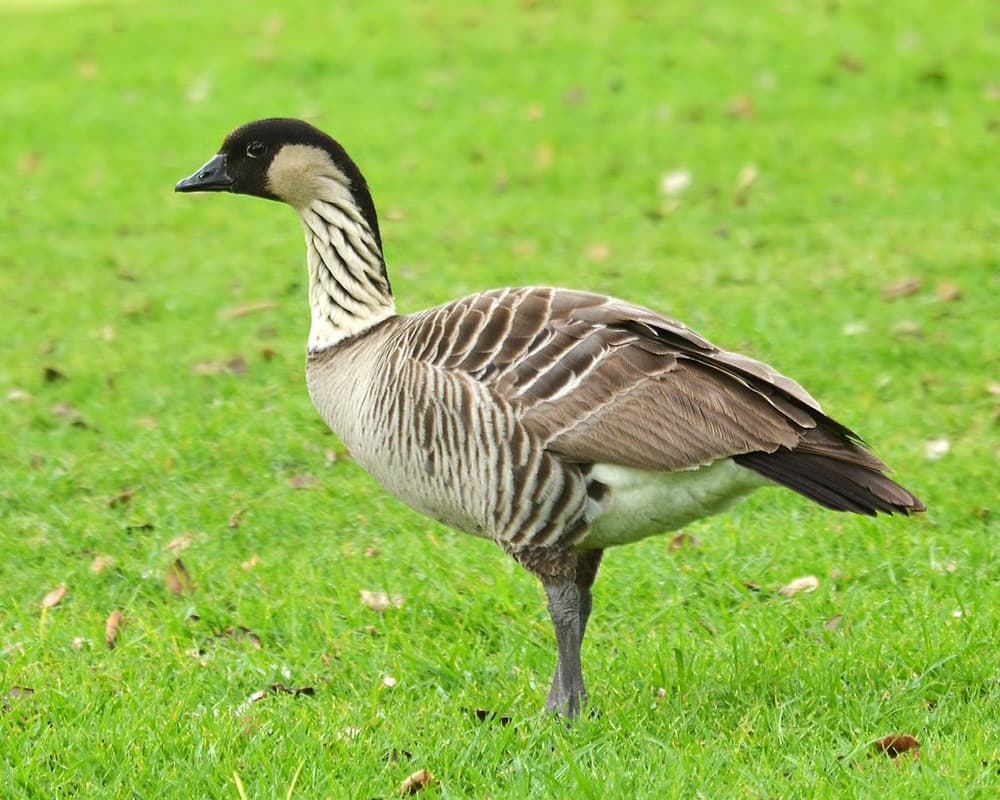 Nene is a Hawaiian goose whose name is inspired by the very sound it makes that sounds like “nay-nay.” Back at the end of the 18th century, when Cpt. James Cook got to the islands, there were 25,000 geese. However, natural predators and hunters decreased their population to only 30 birds in the 1950s. Nowadays, Nene remains the rarest goose in the world and is protected. 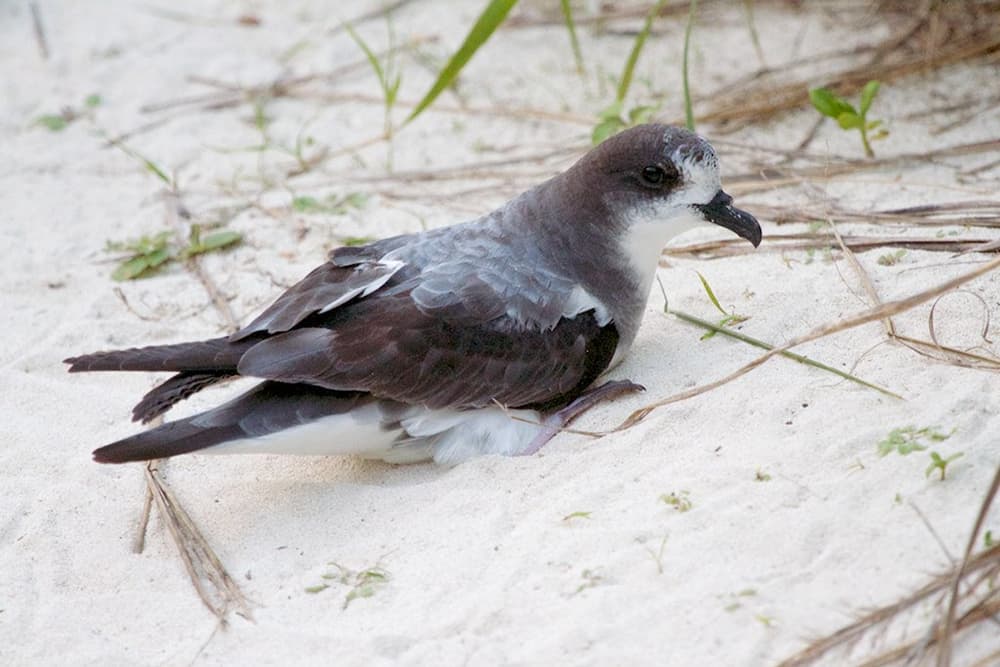 The Bonin petrel has impressive fishing skills. Even more, it fishes only in the dark due to its clear night vision, something that any fisherman would surely enjoy having. Although it is quite difficult to spot, this bird has beautiful charcoal and white feathers, and it is thought to have a lifelong mate. 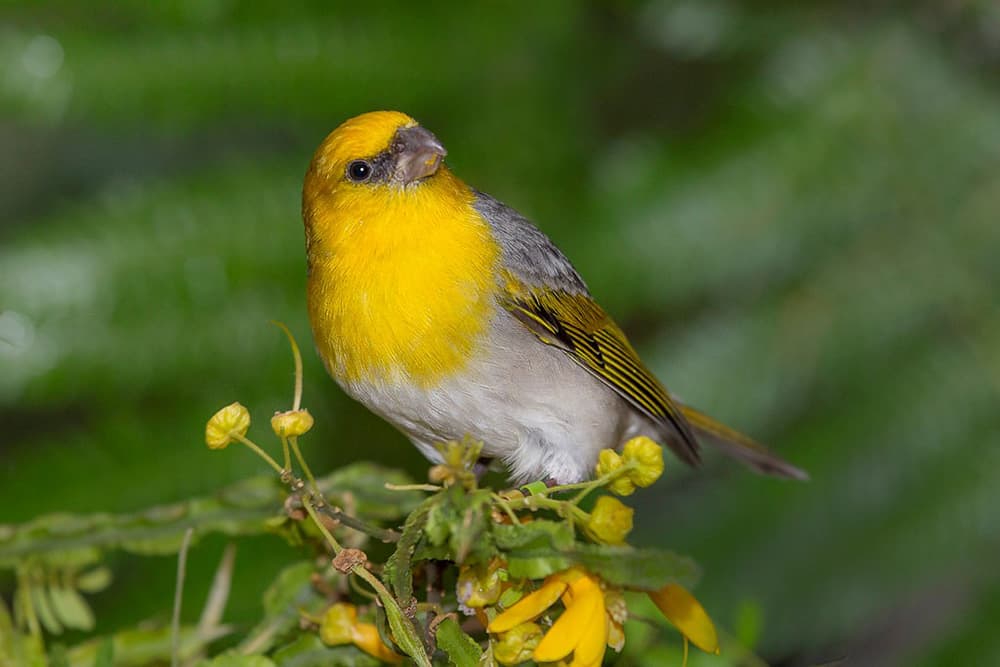 The Palila loves fruit and seedpods that it opens with its large, strong bill. You can often spot this bird on Mauna Kea. Unfortunately, this little bird with a bright yellow chest and head is an endangered species. It is of paramount importance to preserve the mountain slopes in the region to ensure its survival. 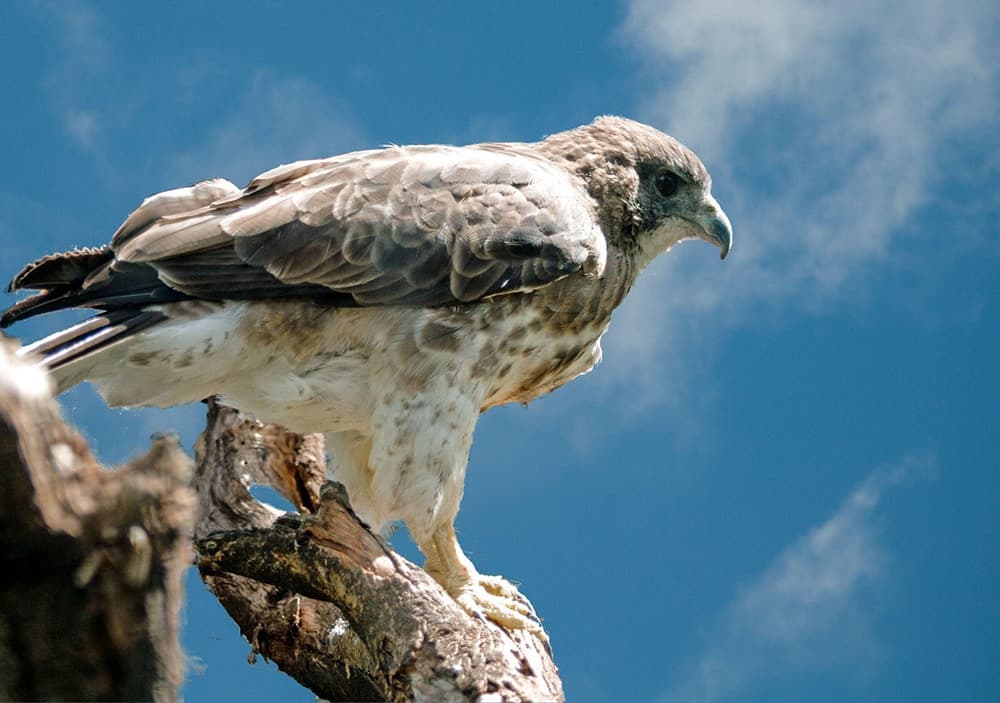 There is only one hawk native to Hawaii. This magnificent specimen has cream-colored feathers and is known as “io” on the islands. Initially, the Hawaiian hawk only ate other smaller birds or even ducks. Nowadays, it also hunts lizards, mice, and other rodents. The Hawaiian hawk is threatened by illegal hunting, starvation, and habitat loss, among others. 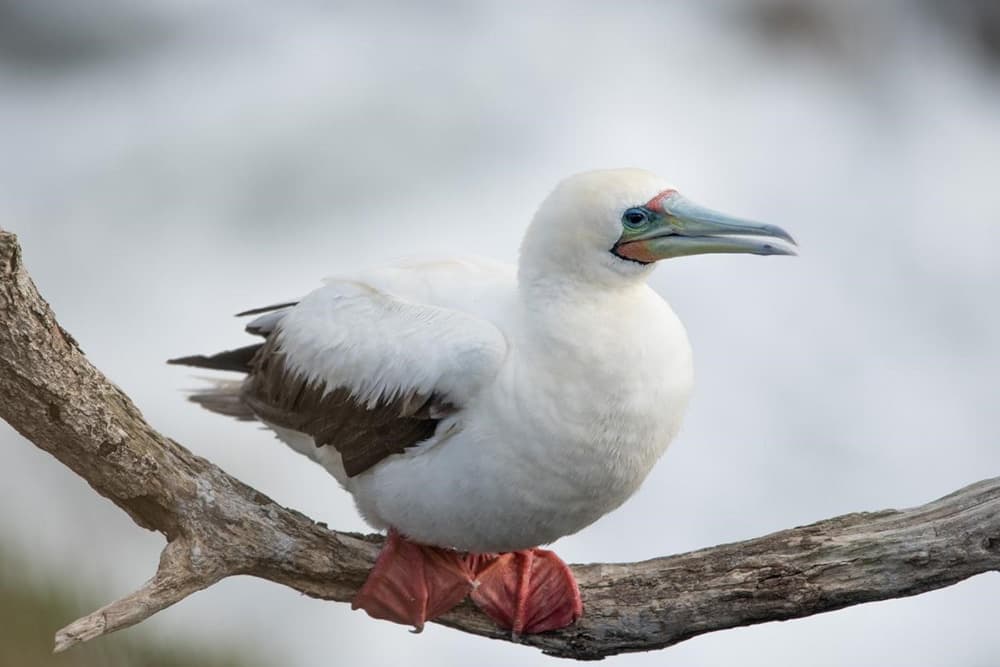 You can find three types of boobies in Hawaii, but the red-footed specimen is the most common and easiest to identify due to its red feet and colorful bill. Interestingly, its feet become brighter during the mating season. If you want to find this exciting bird, you can visit Kilauea Point National Wildlife Refuge. They nest on the rocky hillsides you will find there.

Another type of elepaio named after its home island, this tiny birdie is one of the most hard-working of them. It is the first and last native species you can hear singing in the morning and at night. Like other elepaios, it is very curious and enjoys the forest. Many years ago, canoe makers appreciated these birds for their help. People thought that they only fly to trees full of insects, so the canoe makers knew which ones to avoid. 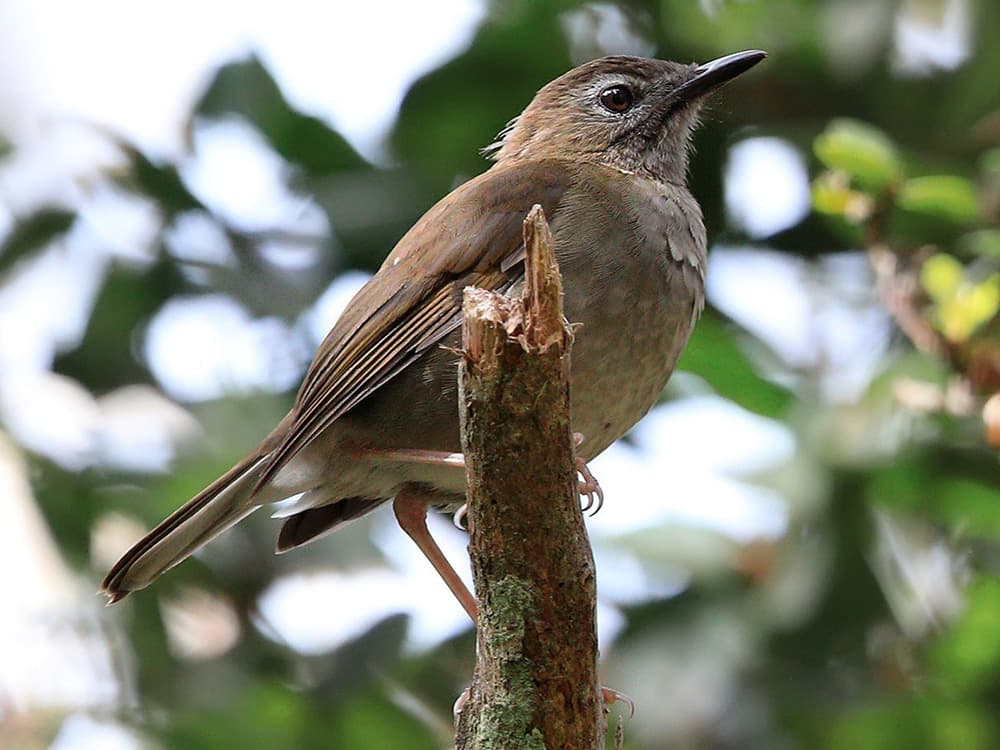 If you go to the Alaka’i Wilderness Preserve (Kaua’i island), you will see the beautiful puaiohi. It is a protected specimen and is kept there because it is the last remaining one in Hawaii. The bird’s plumage is spotted, and its name resembles the high pitch it sings at dusk and dawn. 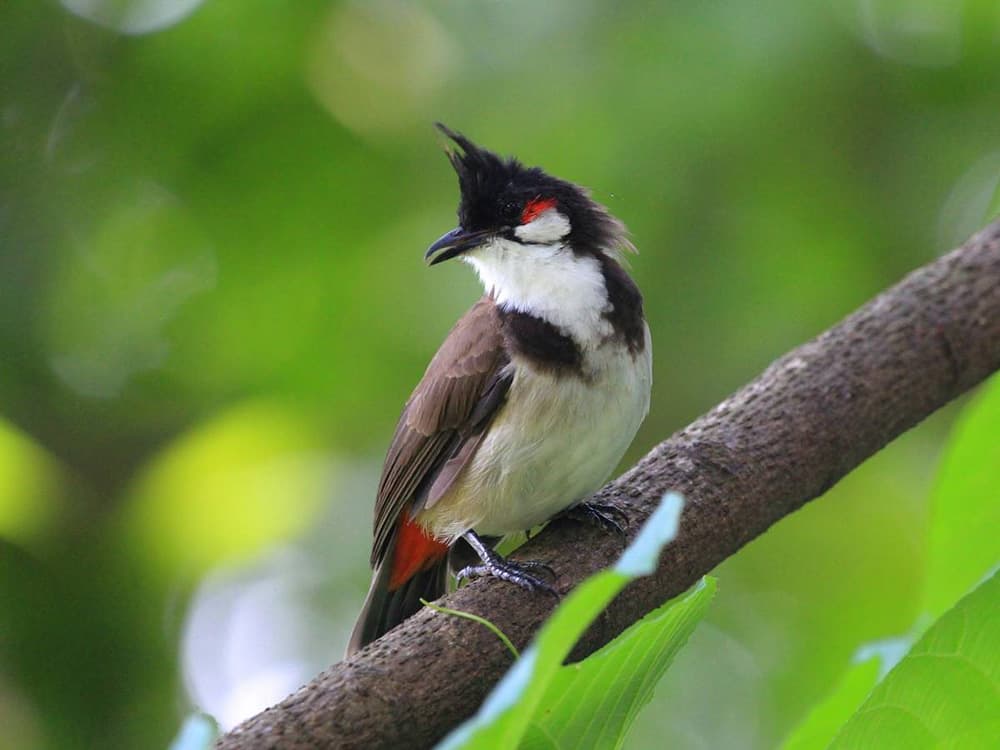 With a distinctive plumage, the red-whiskered bulbul was brought to Hawaii in the 1960s. It has distinctive, bold red colors, but it is not very welcome in Hawaii because it is an agricultural pest. You can still find it on Oahu. 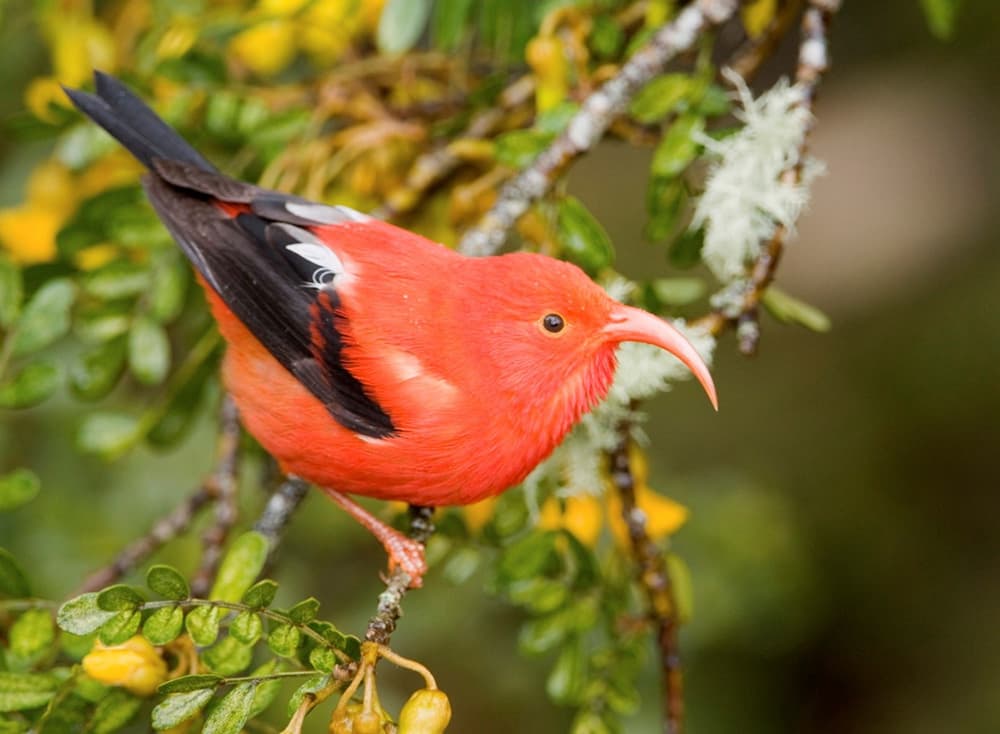 Most birders wish to be able to spot this bird at least once in their life. The ‘I’iwi is a native bird you can find in elevated forests. The plumage is highly distinctive due to its bright, red color, while the bill is also elongated and very sharp, oriented downwards. This bird loves nectar, so you can also find it with ease around nectar feeders or nectar-rich blooms.

The Akohekohe is also known as the crested honeycreeper due to its unique look. With a fancy attire, the dark grey bird combines bright orange with a white crest, and a few silver spots. It also feeds on the nectar around the ‘ōhi’a trees. 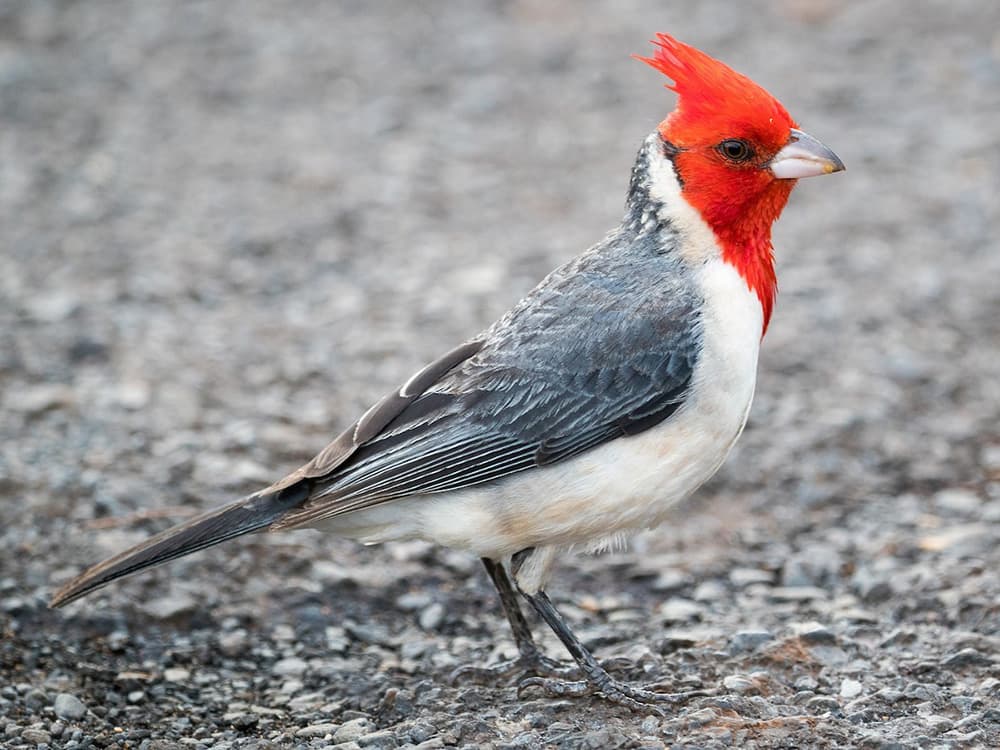 The red-crested cardinal came to Hawaii in the first half of the 20th century as a caged bird, brought from South America. The beautiful songbird enjoys urban regions, so you can easily find them in parks or even around hotel grounds. These birds love their community, so you can find them traveling in flocks or pairs.

This honeycreeper comes in bold yellow colors and a sharp, elongated bill. It is widespread, so you can find it anywhere on Maui, the Big Island, and even Moloka’i. Fortunately, this yellow Hawai’I’ Amakihi is not impacted by habitat change, and, even more important, many researchers concluded that the bird is becoming immune to avian malaria. 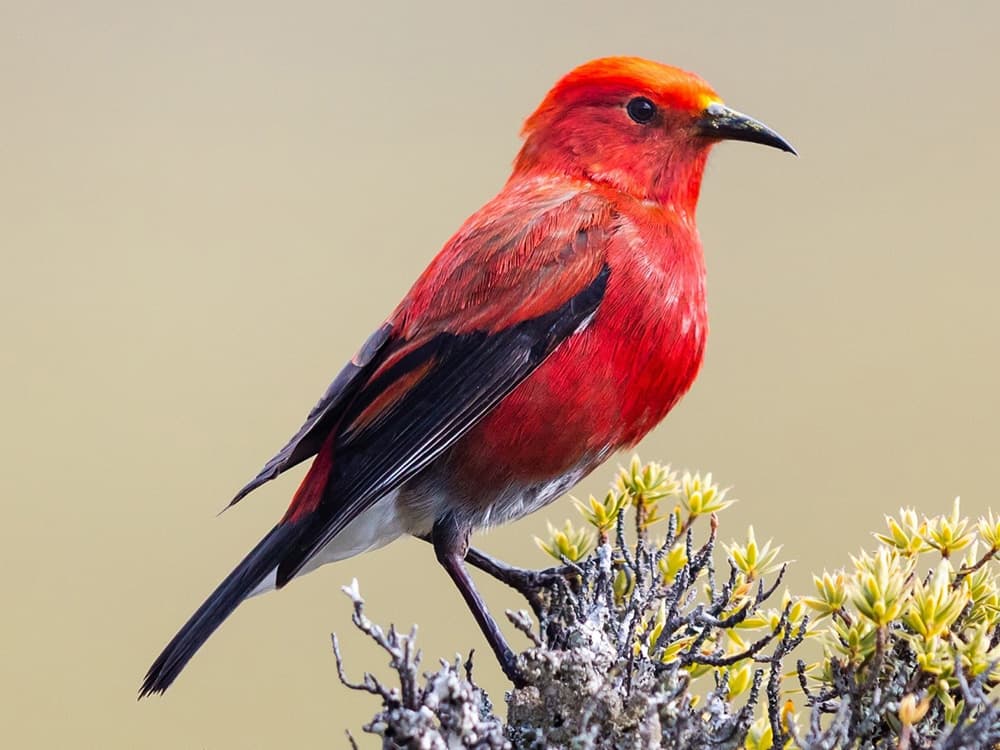 This beauty plays an essential part in the Hawaiian culture as its feathers used to be part of leis and the nobility’s clothing. It loves the ʻōhiʻa lehua flower because of its nectar, and you can see it flying in flocks. Males are skilled songbirds which know up to six different tunes when mating. 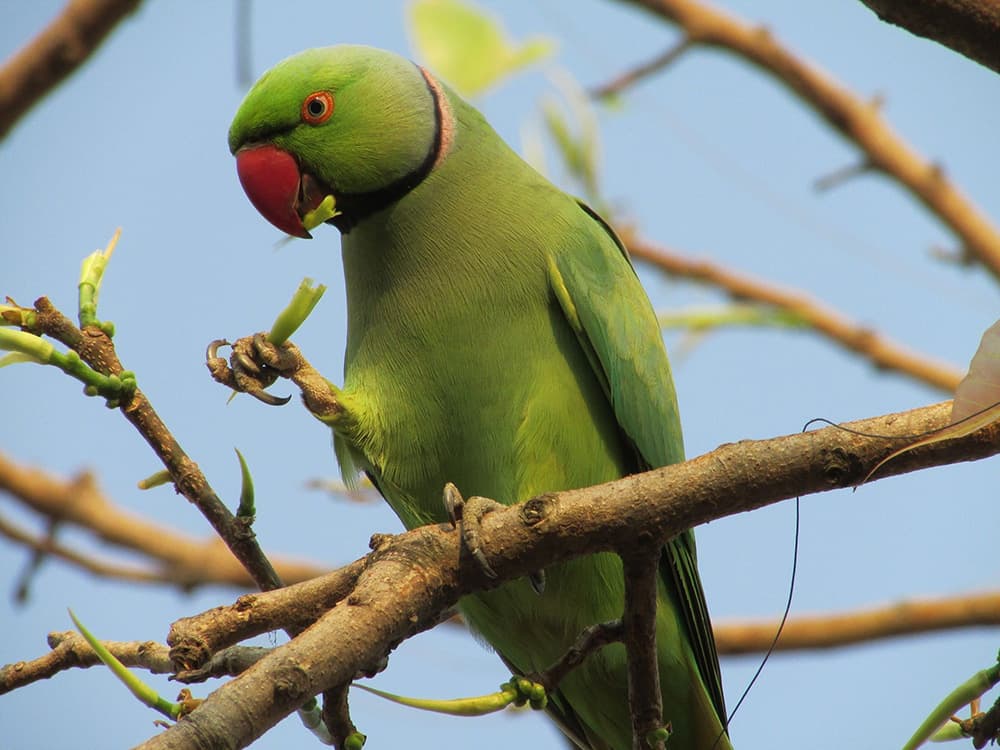 The rose-ringed parakeet is the first parrot on the state island, and it is native to India and Africa. You can now find it in botanical gardens in Hawaii or even on the University’s campus. Not many Hawaiians welcome this parrot because it can be pretty noisy. 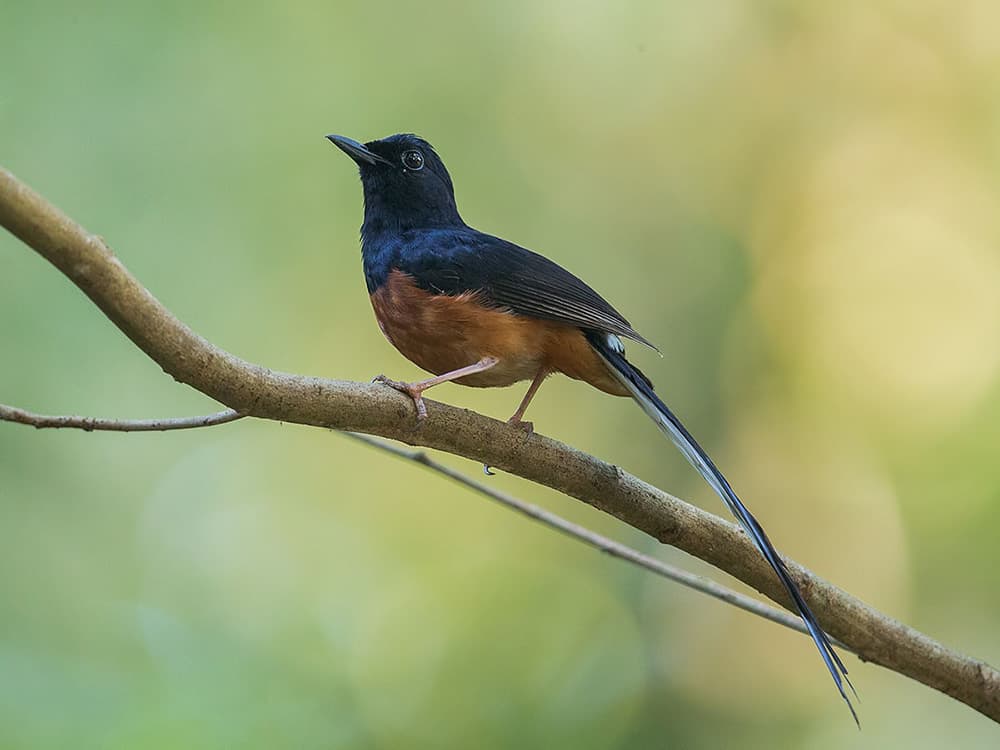 This beautiful songbird comes with a long, pointy tail, orange chest, and dark blue back and head. It is native to Malaysia, but it is now common to the islands. You can find the white-rumped shama in parks, forests, botanical gardens, or even beaches. 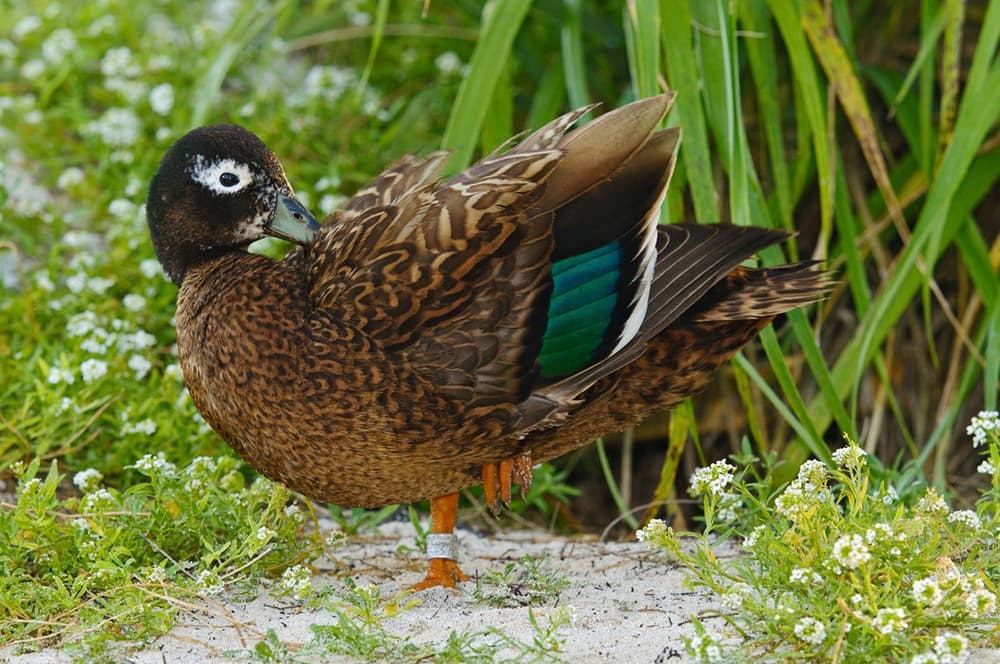 This duck lives on the Laysan island and is a small specimen with brown plumage and an adorable eye-ring. One fun aspect is that this bird, unlike others, simply remains still when you startle it instead of flying off. It is considered the rarest waterfowl in the US because rabbits nearly eliminated it. 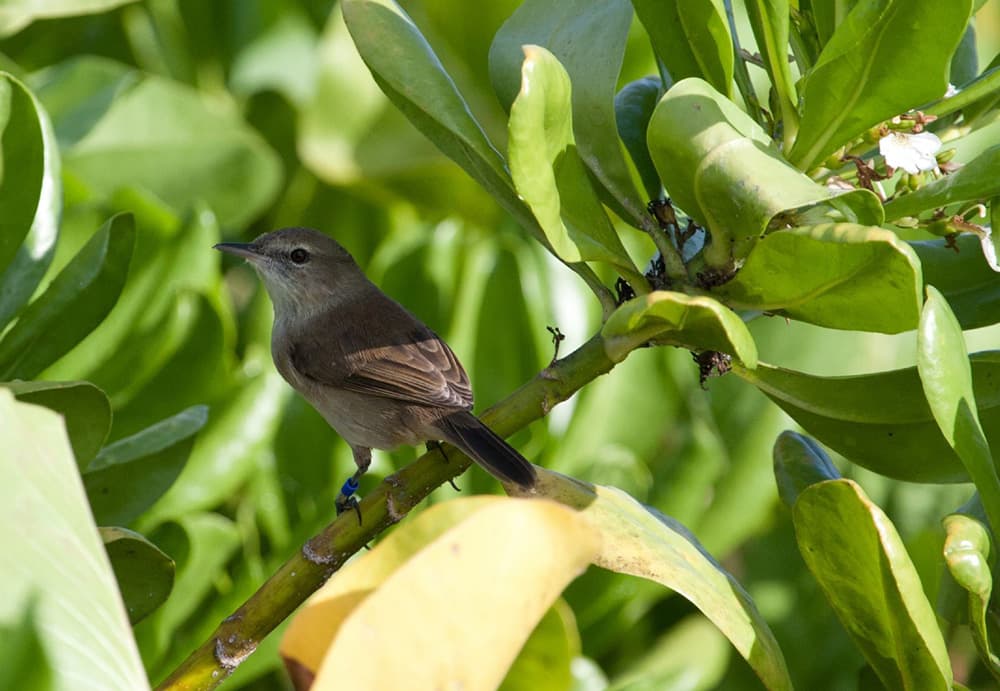 The tiny Millerbird has a tanned plumage and loves dense shrubs located on Nihoa. It does not mate for life, but they have long-term love bonds, and they remain on the same territory for a long period. With a small body, they enjoy rich trees with plenty of shade. This could make them quite difficult to find in Hawaii. 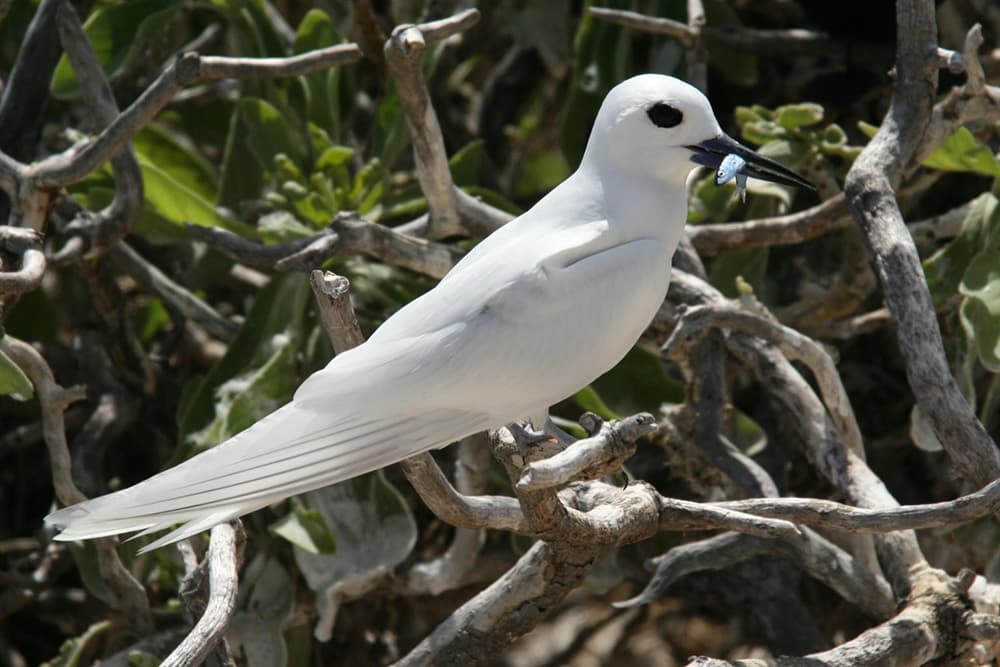 With an innocent, fully white-colored plumage, the white tern is as gentle as it is beautiful. You can find it in the north-western islands and Oahu. The bird loves big trees with robust branches where it nests. The thickness and sturdiness of the branch are of paramount importance because the bird lays only one egg right on the branch.