The fearsomely named assassin bug can act as a garden protector against various insect pests. It hunts aphids, squash bugs, and many other harmful bugs that may be hanging around your flowers or vegetables. Although there are some benefits to having assassin bugs in your garden, there are many aspects to consider about this insect. If you’re not familiar with it, check out our guide that showcases the most important things you should know about the assassin bug.

Knowing the key characteristics of the assassin bug can help you identify it properly in your garden or house if you encounter it. There are around 160 distinctive species of this insect in North America. Despite this variety, assassin bugs all feature a curved mouthpart called a proboscis that makes them unmistakable compared to other insects.


The proboscis is the reliable killing weapon of the assassin bug. It’s used to inject venom into prey and to feed directly through it. This mouthpart can also be used for defensive purposes in case the bug feels threatened by predators. Thanks to its characteristic
feeding style, the assassin bug can sometimes be referred to as the kissing bug.

Aside from the proboscis, other notable features of this bug can help you identify it in your garden. This insect typically has a brown, black, or gray body color with only some species showing patches of brighter tones. If you look at the tubular head of the bug closely, you can discover a pair of round, protruding eyes that are useful for this kind of active insect hunter. Assassin bugs are capable of flight but aren’t particularly skillful. Another interesting detail is the considerable length of the insect’s legs.

Assassin bugs generally prefer wet conditions but can live in almost any kind of habitat as long as it offers good sources of food. Around your home, these insects tend to hang around chicken coops and piles of wood. They don’t have specific plants they find attractive to search for prey. However, the bugs seem to be drawn to flowers more often than others. It doesn’t matter if you have a vegetable garden or prefer decorative flowerbeds, the assassin bug is likely to appear anywhere it finds its prey.


Assassin bugs can find their way into your home because they’re attracted to bright lights during the night. In the warmer season, the insects often abandon their nests to find a new refuge. They prefer cool places when facing the strong heat of the day so that’s one reason why it could be encountered indoors. A typical spot where you can find an assassin bug in hiding is under the mattress. 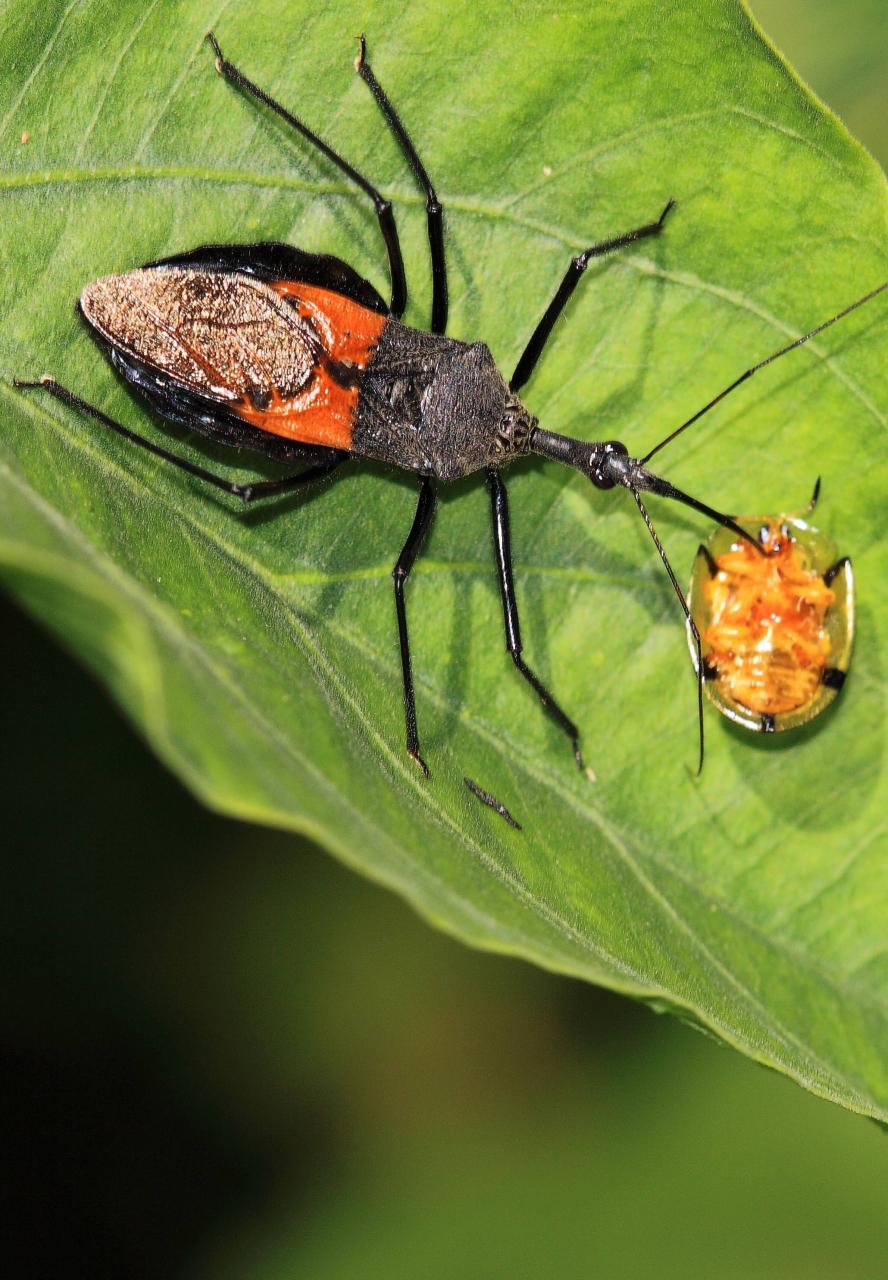 As the name of the insect suggests, the assassin bug is a skillful hunter. It always seems to patrol vegetation in search of prey. Due to its nature as a predator, the bug employs some notable hunting tactics. It can sometimes leave a dead insect to lure potential victims. Other times, it covers its forelegs in sap to bait its prey. Assassin bugs like to creep up on their prey by hiding under objects like a rock. Sometimes they can be found camouflaging in flower petals, waiting to strike an ambush on unassuming victims.


The assassin bug uses its sharp proboscis to kill the insect and liquefy its insides. Then it will simply devour the prey by sucking up the contents. The result is an empty shell. The injected venom is so powerful against its insect prey that it kills the victim in a matter of seconds. Assassin bugs can bite their predators or even squirt venom to attack in self-defense.

When it comes to its diet, the assassin bug lacks a specific preference. It’s safe to say that it feeds on a large variety of invertebrates. The bug doesn’t discriminate in terms of size because it often feeds on insects larger than itself such as caterpillars. It’s easy to see why assassin bugs are prized by many gardeners for their natural pest control abilities. They are capable of keeping your garden free of many harmful pests without having to bother with chemical pesticides.


The problem is that assassin bugs can also hunt other beneficial insects like ladybugs or bees. They feed on almost any kind of insect so that can become a drawback worth considering when deciding whether to keep assassin bugs in your garden or not. If you have a serious pest infestation, you can rely on assassin bugs to restore the health of your garden because they’re such effective killers of other insects.

We’ve mentioned that assassin bugs can bite when threatened. They can use their proboscis weapon to defend against anything that’s perceived as a predator, humans included. Assassin bugs are fairly aggressive and can bite humans and animals. This aspect will probably make you feel less comfortable about the idea of these bugs hanging around your garden or house.


Bites from assassin bugs are quite painful but generally harmless. That being said, certain species of this insect spread a more serious disease called Chagas. Without proper treatment, this inflammatory condition can cause heart and digestive issues. Contracting the disease from a bite is quite rare, however, because it’s typically transmitted by exposure to the insect’s feces. 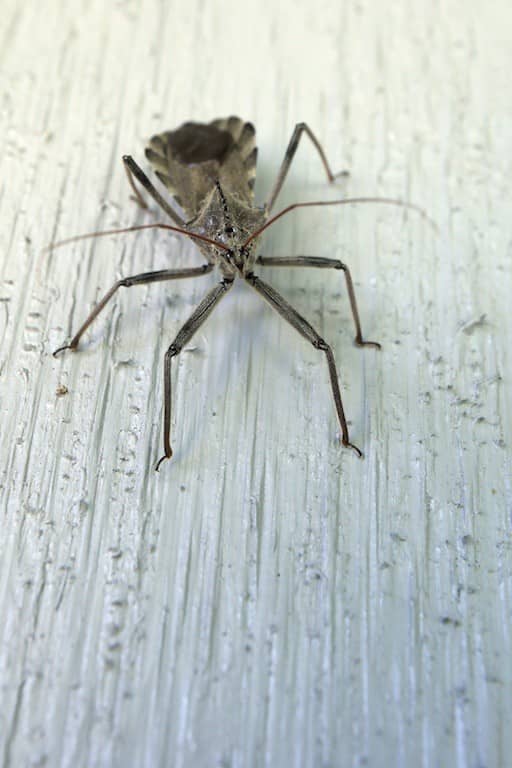 Assassin bugs can enter homes but some pest control methods can be used to prevent an infestation. It’s recommended to eliminate gaps under exterior doors and seal crevices in your home that can be used by the bug to find its way indoors. Assassin bugs tend to live close to rodent nests. That’s why it’s recommended to inspect the surroundings of the house and destroy any nest found. Together with solid general cleaning of leaves and debris, it’s possible to deter assassin bugs from reaching your house.