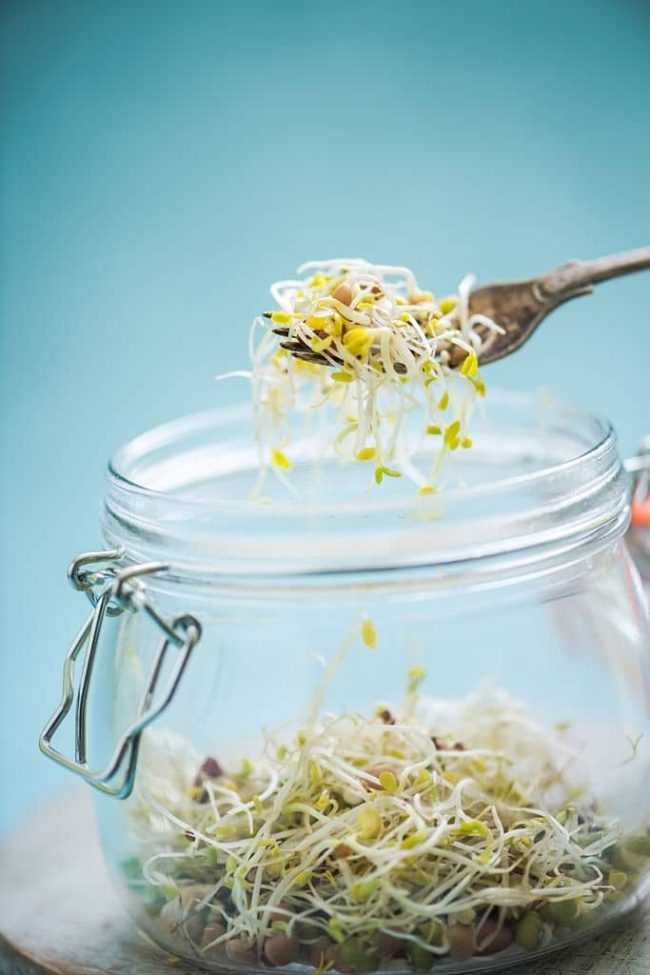 Also known as buffalo herb or lucerne, alfalfa is a clover-like plant that’s highly appreciated for being an extremely productive forage crop. The plant features some potential human health benefits when consuming its sprouts or as an herbal supplement. While the main source of alfalfa’s popularity has been to serve as livestock feed, it seems the rich nutritional content of the plant makes it a great medicinal herb for humans as well.

If you’re interested in trying out alfalfa sprouts or supplements based on the plant, it’s important to know whether the benefits are worth it. In this article, we’ll also explore some potential side effects to keep in mind before consuming it. There are no conclusive studies that show clear health benefits for taking alfalfa supplements or eating sprouts but the nutritious herb may be able to prevent some illnesses. 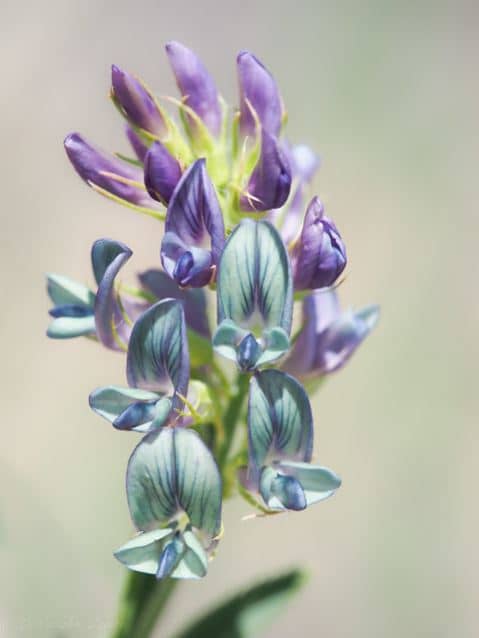 While alfalfa supplements feature various nutrition information depending on the exact dose and composition, it’s worth checking out the nutritional facts of sprouts. Similar to other plant sprouts, alfalfa boasts a concentrated mix of vitamins, minerals, and antioxidants. The alfalfa sprouts are particularly rich in vitamin K but also contain other important nutrients such as copper, folate, and vitamin C. Considering the low count of 8kcal per one cup, this is a densely nutritious plant.

Suppressing inflammation and minimizing free radicals, antioxidants are found in many plant foods. Alfalfa sprouts are concentrated in antioxidant compounds that bring lots of benefits to the human body such as improving the immune system response and preventing serious diseases. A healthy dose of alfalfa can have a beneficial effect on treating inflammatory conditions like arthritis.

If you have high blood cholesterol levels, alfalfa sprouts or supplements may be helpful. The plant appears to have a cholesterol-lowering effect, a beneficial aspect to reduce the risk of heart disease and stroke. There’s insufficient evidence to consider the plant as a medical treatment but it appears to contribute to overall cardiovascular health because it slows down cholesterol absorption. 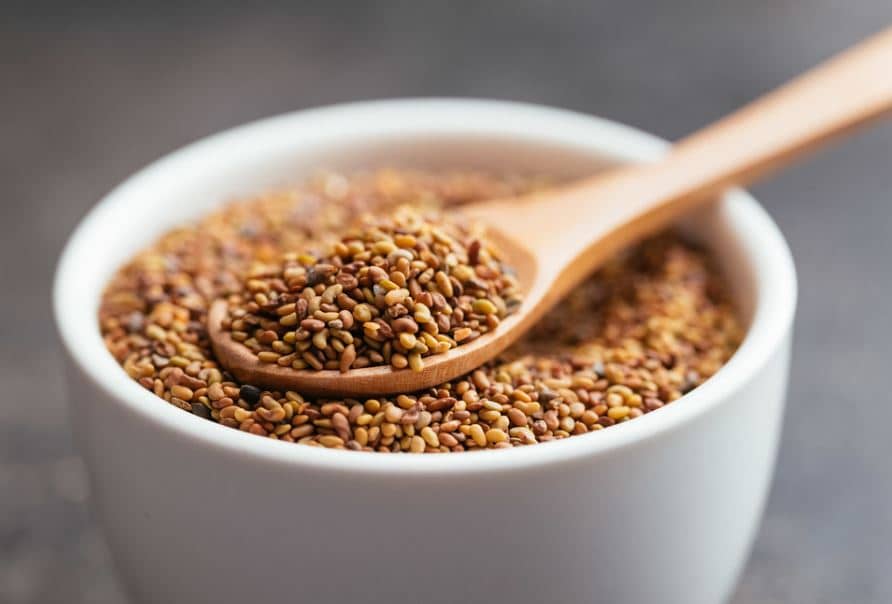 Diabetes sufferers might take advantage of some beneficial effects of alfalfa due to its rich fiber content. The only evidence comes from animal studies so it’s not particularly reliable. However, alfalfa is worth including in a healthy diet with plenty of fiber that keeps blood sugar under control. Diabetes and prediabetes can be managed by slowing the absorption of glucose.

Vitamin K stands out when it comes to the nutritional benefits of alfalfa. The plant is rich in this particular vitamin that’s essential for effective blood clotting. This is also an important nutrient for treating anemia because it synergizes with iron to encourage blood production. A great alfalfa based supplement can be found here.

Similar to other plants, alfalfa packs lots of phytoestrogens that can contribute to alleviating premenstrual syndrome symptoms. While the estrogenic effect is there, it’s not exactly clear whether it has a large enough impact to consider alfalfa a reliable PMS remedy. Alfalfa may have some potential in treating menopause symptoms as well yet there’s little robust evidence in that sense. 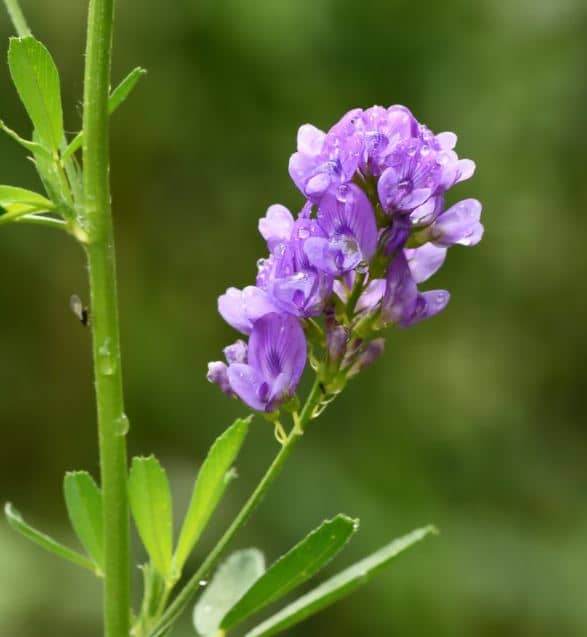 Although alfalfa has been used traditionally as a natural diuretic, there’s not a lot of strong evidence to support the claims. The plant might be able to contribute to maintaining a healthy urinary tract but it’s unclear whether it can actually treat urinary tract infections. There are reports of general benefits for kidney problems but they mostly come from the area of alternative medicine.

Another traditional use of alfalfa involves treating respiratory problems from the simple common cold to conditions like bronchitis. Any potential benefits are likely due to the plant’s antioxidant and anti-inflammatory properties. It’s hard to say if there’s a notable effect but alfalfa can work well as a medicinal herb to strengthen the respiratory system because it also improves the immune response. 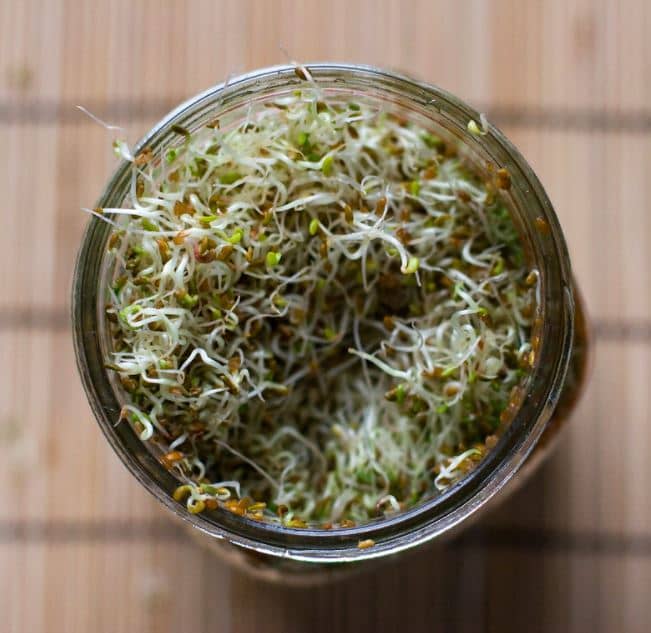 Alfalfa is usually safe when eating the sprouts or taking the supplements as directed. However, there are some special cases when the plant should be avoided, such as during pregnancy. You should take precautions when breastfeeding as well because alfalfa can cause contraptions or have unintended stimulation side effects in larger doses.

Due to a potential immune system stimulation of alfalfa, it’s recommended to avoid the plant if you have an auto-immune disease because it can worsen symptoms. The evidence is only based on a few case reports but it’s probably best to steer clear of alfalfa until more is known about its effects.

If you’re taking certain medications, it’s important to know about potential interactions with alfalfa. While the large amounts of vitamin K are beneficial for most people, those taking warfarin or other blood-thinning medications should consult with their doctor before using alfalfa supplements or sprouts. An adjusted dose is likely required to ensure the optimal effectiveness of the drug.

Alfalfa can also have undesirable interactions with other drugs such as birth control pills decreasing their effectiveness. It can make antidiabetes drugs stronger because of a blood sugar reduction effect. Careful monitoring of your blood sugar is recommended along with a change in medication dose. Alfalfa can make you more sensitive to sunlight so it’s possible to make things worse if you’re already on medications that have similar effects.